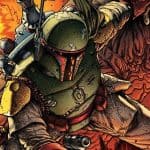 Having made his grand return to the galaxy far, far away in the second season of The Mandalorian, Boba Fett is now set to take centre stage in Star Wars: War of the Bounty Hunters, a new comic book event from writer Charles Soule (Star Wars: The High Republic) running from May through to October. […] 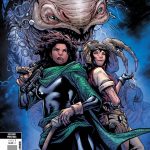 Having sold out everywhere this past week, Marvel has announced that writer Alyssa Wong and artist Minkyu Jung’s Star Wars: Doctor Aphra #7 is going back to the presses for a second printing, complete with a new variant cover from Jung which sees Doctor Aphra and Sana Starros alongside the Corellian gangster Lady Proxima. THE […] 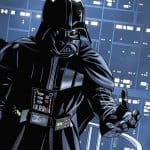 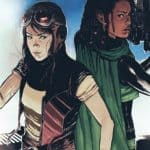 ‘The Engine Job’ continues this coming Wednesday in the pages of Star Wars: Doctor Aphra #7, and we have the official preview for you here courtesy of Marvel Comics… THE OFFER! Hired by DOMINA TAGGE, APHRA sets her sights on a mysterious piece of tech that could shift the balance of the galactic civil war. […] 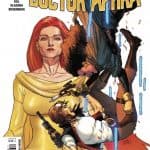 A new story arc gets underway in Star Wars: Doctor Aphra #6 this coming Wednesday, and we’ve got a preview of the issue for you right here.. Someone sinister has put a price on DOCTOR APHRA’s head… and it’s none other than DOMINA TAGGE! Now Aphra’s running for her life, trying to shake every bounty […] 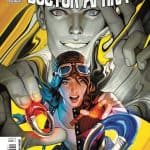 Marvel Comics releases Star Wars: Doctor Aphra #5 this coming Wednesday, and we’ve got the official preview of the issue for you here… POWER TO RULE THE GALAXY? RONEN TAGGE has the legendary RINGS OF VAALE. Will he destroy the priceless artifacts or fall to their temptation? If they truly give him the power to […] 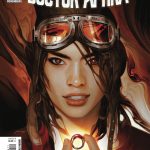 Star Wars: Doctor Aphra #4 hits comic book shops this Wednesday, but you can get yourself a sneak peek at the issue right here with the official preview from Marvel Comics… RING OF FIRE! Trapped and betrayed, DOCTOR APHRA fights to escape the cursed city of VAALE before madness overcomes her! Meanwhile, RONEN TAGGE’s sinister […] 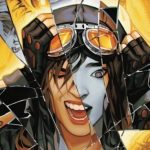 Marvel releases Star Wars: Doctor Aphra #3 this coming Wednesday, and you can check out the official preview right here… Separated from her crew, DOCTOR APHRA finds herself in peril at the hands of RONEN TAGGE’S mercenaries! Could there be a traitor in their midst? And can Aphra outwit them before the curse of the […] 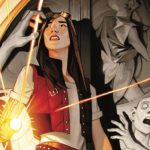 Marvel’s new Star Wars: Doctor Aphra series continues this Wednesday with the release of issue #2, and we have a preview for you here; take a look… BEWARE THE MAD CITY! DOCTOR APHRA and her new team have tracked the RINGS OF VAALE to a mysterious planet filled with primordial horror. What’s worse, the rings […] 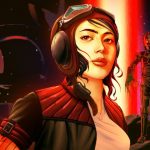