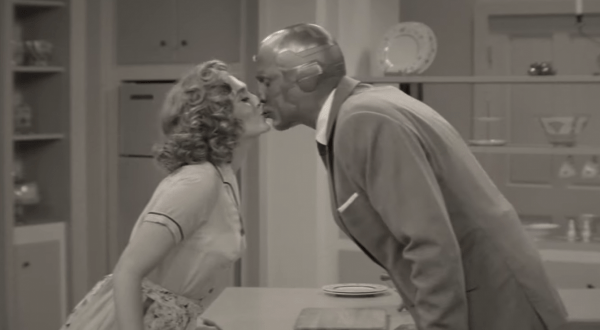 Ahead of its premiere this coming Friday, Marvel has unveiled a new clip from the Phase Four-launching WandaVision which sees Wanda (Elizabeth Olsen) and Vision (Paul Bettany) both trying to outsmart each other when they notice an important date marked on their calendar; check it out below along with the latest TV spots and promos…