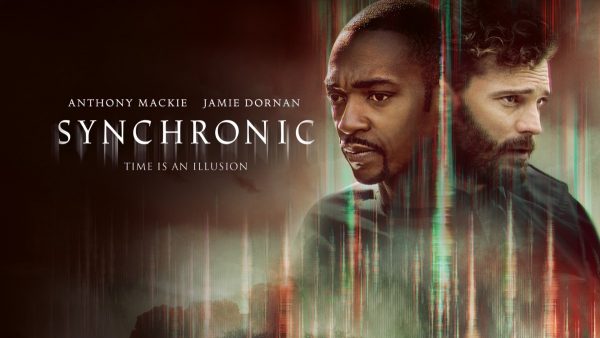 Two paramedics find themselves embroiled in the chaos of a new “designer drug”, which has been linked to several gruesome deaths. 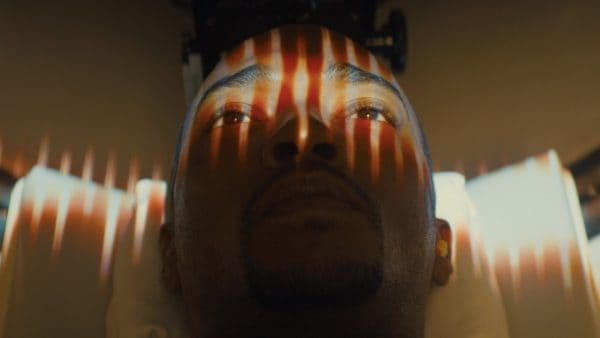 Justin Benson and Aaron Moorhead are among the leading modern proponents of intelligent, twisty sci-fi. Their 2017 feature The Endless received wide acclaim during its festival circuit run and, even when viewers were baffled, they found themselves thrilled in equal measure. The directing duo are back behind the camera for the high-concept time-hopping tale Synchronic, but they’ve swapped their front of house acting roles for some movie star pedigree. Anthony Mackie and Jamie Dornan star as paramedics who find their paths entwined with the users of the titular substance – a dangerous new “designer drug”, which has been connected to a series of violent deaths.

Benson and Moorhead waste no time in showing the consequences of Synchronic, arriving at a gore-soaked property in which multiple bodies are strewn around with questionable injuries. The words “time is a lie” have been daubed on the wall. Initially, Mackie’s womanising Steve and Dornan’s more straight-laced family man Dennis are baffled by what’s happening. But when Dennis’s teenage daughter Brianna (Ally Ioannides) disappears after taking Synchronic, Steve discovers that the drug is capable of sending people through time. In an effort to rescue his long-term pal’s family, he begins to experiment with Synchronic himself.

This is a more accessible outing from Benson and Moorhead, delivering a less opaque and overtly symbolic story than they produced in The Endless. For those unfamiliar with the duo’s work, it’s an excellent way into their oeuvre. The script, penned by Benson, does a stellar job of explaining the ways in which Synchronic works and, even though the rules are sometimes a little too contrived, the movie is able to deliver the exposition without ever compromising on the thrills. 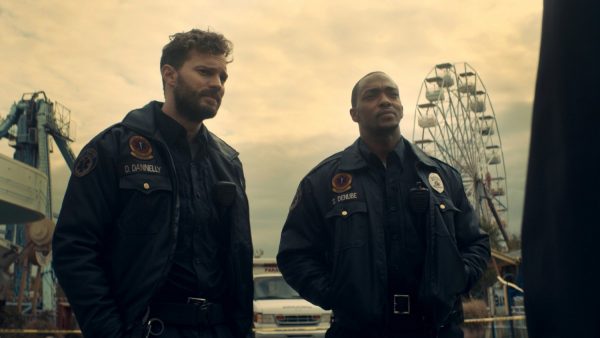 Much of what works about Synchronic is down to Mackie’s charismatic central turn. He is a man struggling with his own mortality and sense of purpose, battling to reconcile his hedonistic existence with medical problems that threaten to overturn everything. The character is, on the surface, an absolute pencil sketch – Dornan even warns him against becoming a “junkie paramedic cliché” – but Mackie is able to provide soul and depth. Dornan is comparatively short-changed, given little room to explore the trauma of a man who spends his life saving others, but is powerless to protect his own flesh and blood.

The film suffers from a lack of focus beyond its central character, failing to ever truly explore the potential of its premise. Synchronic is explained as a drug which allows the user to “experience time as it actually is”, with the entire temporal tapestry simultaneously existing in a way similar to that experienced by the alien visitors in the utterly superior Arrival. Instead, this particular brand of time shenanigans seems to work like a simple zap back to a particular time – albeit one the user has no control over. A cameo from Ramiz Monsef as the drug’s creator almost hints at incoming nuance, only to become a simple exposition tool.

Sadly, Benson and Moorhead find little time to explore the reasons why this drug is so attractive to those who take it, particularly given the fact almost everyone who takes it seems to end up meeting some kind of elaborately horrifying demise. Ioannides gets nothing to do beyond generic teen caricature, so it’s difficult to feel too strongly about her – despite the desperation of Mackie’s character to bring her back. The storytelling cogs fit together pretty snugly, but there’s a saddening lack of an emotional fulcrum to help this work as something beyond a fun, intellectual exercise. 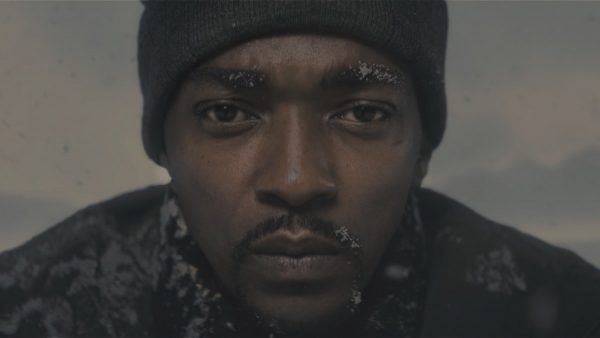 Synchronic is a stylish step up in terms of spectacle for the duo, with some decent visual effects and slick lensing by Moorhead in his role as cinematographer. However, it feels like the step up the industry totem pole has diminished the ambition of the storytelling on this occasion. This is a solid thriller, with more than its fair share of brain cells, but it lacks the knotty complexity and shoot-for-the-moon thematics of Benson and Moorhead’s prior work. Hopefully, in the years to come, they can find a marriage of scale and material which brings all of their considerable talent to the masses.