Most film fans know British actor Craig Fairbrass for a wide range of commanding roles, playing both violent anti-heroes and merciless villains in a successful career on the big and small screen. Not forgetting his memorable TV parts in the likes of Prime Suspect, Duck Patrol and Eastenders, we’ll focus on his film work here. 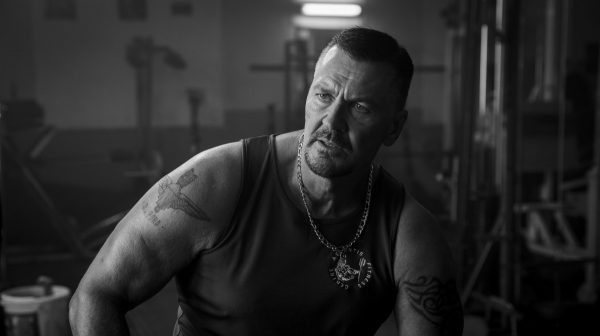 Celebrating what’s been dubbed a new “career renaissance” (or what The Guardian called a “Fairbranaissance”) based on his latest role in psychological thriller, Muscle, we’re marking the occasion by taking a look back at the actor’s best big screen roles to date.

In Muscle, Fairbrass plays Terry, a loud, arrogant personal trainer who introduces himself in the gym to office worker, Simon (Cavan Clerkin – The Last Kingdom, The Capture). Simon is a call centre worker miserable with his home life, who wants to get fit. But Terry proves himself to be more committed, and more dangerous, than Simon could have ever imagined.

Terry is absolutely terrifying, but at times, shows weakness and maybe deserves some form of sympathy. This is the complexity of an extremely troubled character, and Fairbrass portrays this flawed alpha-male figure with perfection. It’s one of the best and most unexpected performances he’s ever delivered, and it deserves to be seen, alongside these other hits from the Fairbrass roster… 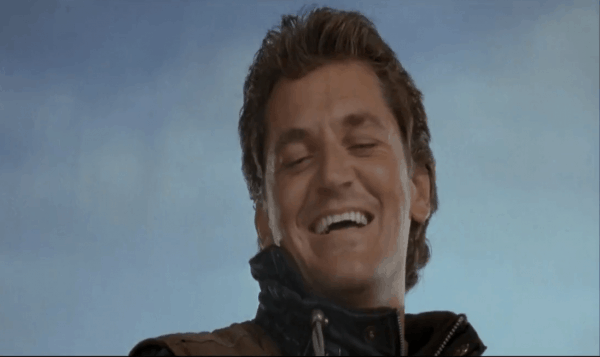 In the late 1970’s, 80’s and 90’s, Sylvester Stallone was one of the biggest stars in the world and Cliffhanger remains one of his most popular films. Following a tragic accident, mountain rescue man Gabe Walker quits his job and leaves his cherished mountains, friends and the woman he loves behind. Suddenly, he is taken hostage and forced to lead a gang of criminals to their missing cargo on a remote mountain. Fairbrass plays Delmar, a cockney member of John Lithgow’s gang who is as ruthless as he is heartless. However, he does get to call Michael Rooker a “loudmouth punk slag!” in one of his most famous lines. A 90’s action classic. 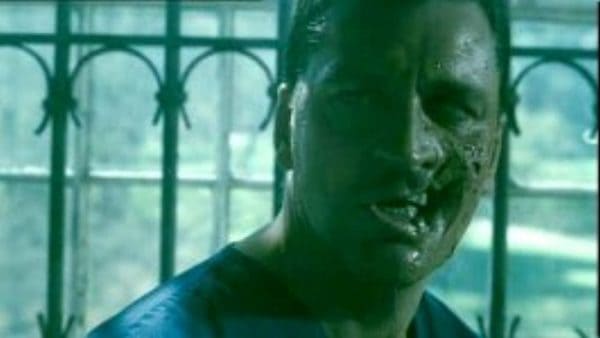 In this stand-alone sequel to the surprise horror hit, Fairbrass plays an excellent role in a genre he’d be well fitted for returning to. An innocent man sees his family murdered by a killer (Fairbrass), who then commits suicide. After this horrific event, the grieving man tries to take his own life, but is brought back from the brink by a strange bright light. In a supernatural twist, he discovers he has the ability to identify people about to die and begins saving them from their fate, only to discover the perils of interrupting death’s plans. He also learns that his family’s killer is still around (!). It’s a very high-quality horror and although it didn’t score as big as it deserved at the box office, it was well received by both critics and fans, making it a worthy revisit for horror buffs. 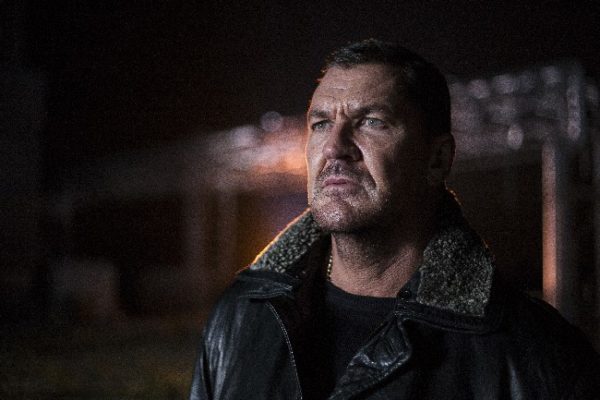 Who would have thought this well-crafted but low budget British gangster biopic would launch a big franchise? Well, it did! Based on the true story of the notorious Rettendon triple murders in 1995, the original film introduced audiences to the cutthroat world of Essex organised crime, and larger-than-life figures such as Carlton Leach and Tony Tucker. However, perhaps the most surprising was Pat Tate (Fairbrass) who stole many scenes in his first supporting role, then went on to star in the likes of Rise of the Footsoldier 3: The Pat Tate Story and Rise of the Footsoldier 4: Marbella. With such a strong fan reaction, it’s a testament to Fairbrass making this sometimes funny, always frightening character completely his own. 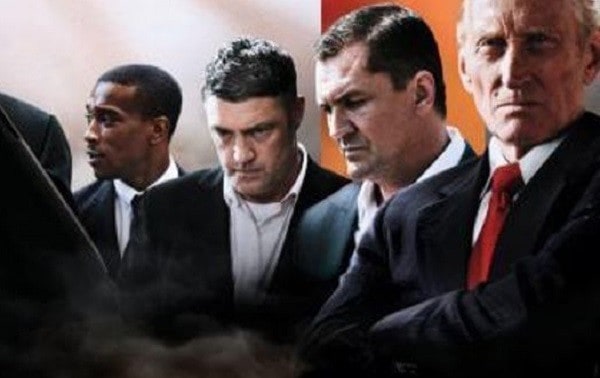 In this slick and glossy thriller, we follow infamous cousins Micky Mannock and Ray Collishaw who graduated from the terraces and now run the top firm in London. But when they lose a big-ticket shipment belonging to the Russian mob, a war threatens to tear their empire apart. With no other choice, their dilemma leads them to a daring heist in Berlin to clear their debts. Raising the bar for the gangster formula, St. George’s Day is a well-polished crime story, with Fairbrass as charismatic as ever and joined by an ensemble cast led by Frank Harper, who also directs, plus Vincent Regan, Neil Maskell, Charles Dance, Ashley Walters, Dexter Fletcher, Nick Moran and many more. 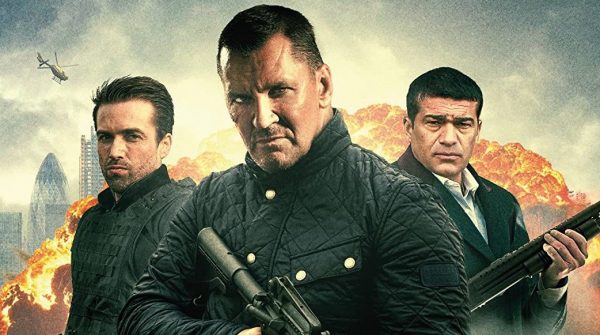 Once again twisting genre expectations into something new, Fairbrass stars in a far more character-driven crime story which boasts strong performances from its cast. He plays a professional hitman (and family man) deeply disturbed and driven to madness by the people he has killed. Suffering anxiety, panic attacks and questioning his actions, his former boss turns on him and threatens his family, igniting an internal war. With Fairbrass showing just enough fragility under his classic hardman image, this is a good example of a film which comfortably fits its genre template but offers something deeper and more satisfying. 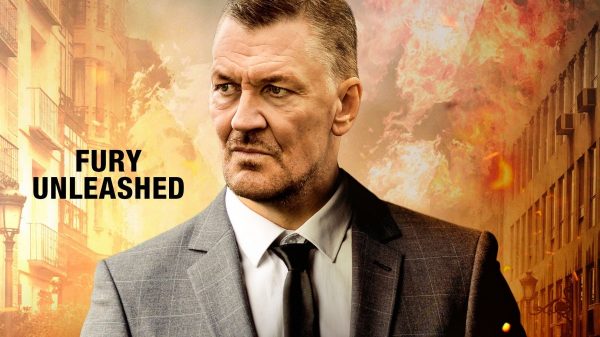 Not the Richard Burton crime classic, but rather an unusual, interesting and off-beat crime thriller. This story follows Eddie Franks (Fairbrass), a former criminal released from prison who attempts to help his family by reconnecting with his estranged daughter and clearing his brother’s mounting debts. Despite his efforts, he is drawn back into a criminal way of life and mingling with unsavoury characters, leading to bad consequences for him and his family. Far from being generic, this low-key crime outing shows Fairbrass in a different light, playing a reluctant shadow of his criminal past. He doesn’t celebrate his old life as a gangster, he wants to move past it. The film proves he is willing to take on less conventional and far more difficult roles. 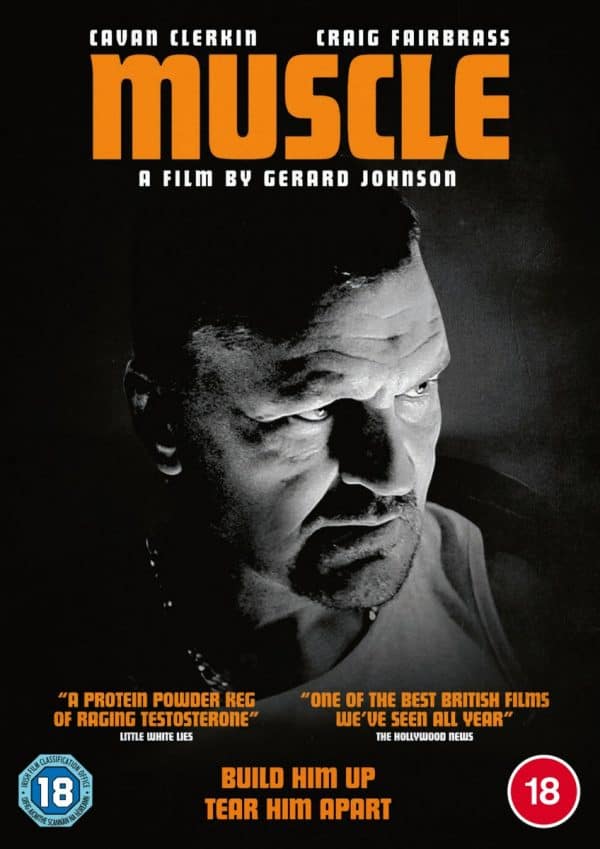 Teaming up with acclaimed British filmmaker Gerard Johnson (Hyena, Tony), Muscle is the story of Simon, an unhappy office worker whose life is gradually taken over by Terry (Fairbrass in career-best form) his new, hands-on personal trainer who reveals himself to be a bully, to put it lightly, or a psychopath, to put it plainly!

Poor Simon is a very relatable everyman who isn’t living the life he wants. He’s tired of his dead-end job, he and his girlfriend are at the end of their relationship, he’s sick of his life and it’s time to make a change and hit the gym. So, when he starts changing his life for the better, things initially look up, although he hadn’t counted on Terry and the extent to which he’d be taking over every aspect of Simon’s life.

Playing opposite Fairbrass is Cavan Clerkin, who brilliantly captures Simon’s more passive, unassuming personality, played against Terry’s overbearing force. Both actors totally own their roles and help make Muscle one of the best and most original British films in recent memory.

Dazzler Media presents Muscle on Blu-ray & DVD 1st February, out now on Digital Download. Find it on Amazon and iTunes.