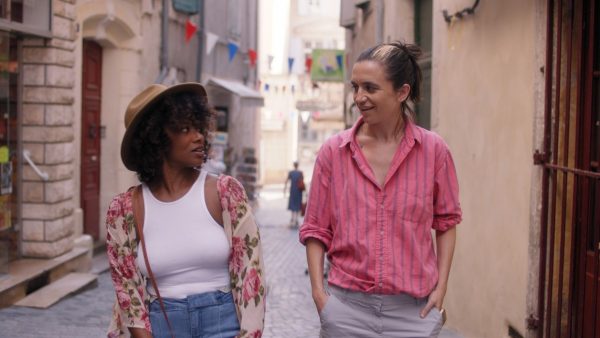 A surprise reunion in the South of France reignites passions and jealousies between two women who were formerly polyamorous lovers. 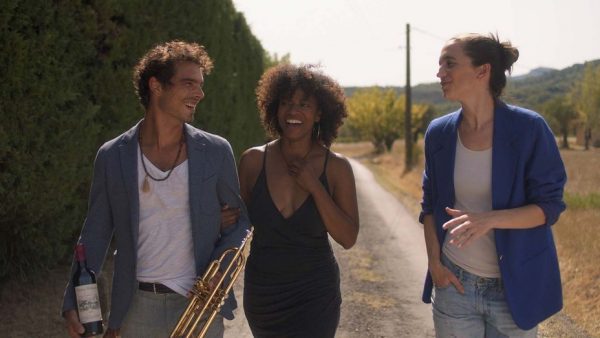 Polyamory is an oddly circumscribed subject in cinema, largely unexplored even by cynical creatives keen largely to titillate, let alone more artfully minded filmmakers. Writer-director Marion Hill certainly shoots for the latter treatment in her lackadaisical feature debut – which won Sundance’s Audience Award in the NEXT category – yet its dawdling approach too often feels like a missed opportunity.

Married musicians Bertie (Idella Johnson) and Fred (Lucien Guignard) have relocated to the South of France, and shortly before they’re set to embark on a music tour, Fred invites their former polyamorous partner, Lane (Hannah Pepper), to visit. For Bertie, who is already vice-gripped in a depressive episode, Lane’s arrival churns to the surface complicated feelings, given her sudden departure from their trio years prior.

The result is a film suffused with quiet tension from the moment Lane shows up; caught off-guard by her former lover’s return, Bertie brusquely treats Lane like any typical houseguest, the air pregnant with awkward, unspoken anguish. But it doesn’t take too long before Bertie begins to espouse her dissatisfaction with her assigned role – the wifely addendum to her star musician husband. 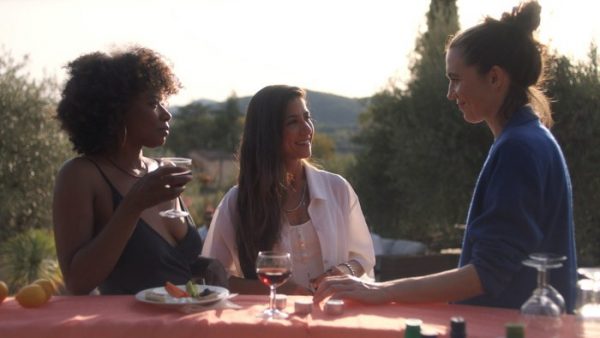 This former “throuple” is an especially complicated dynamic given that only Bertie was sexual with both Fred and Lane, creating something of a messy, uneven sexual and emotional dynamic when the three are united again under the same roof and desires glean anew. The fact that Fred was never involved with Lane, however, neatly allows Hill to downplay the male perspective that’s so often the default priority in scenarios such as this.

But the character drama is defined less by sexy trysts than it is subtle power plays, as Bertie and Lane snipe at one another passive-aggressively and even use sex as a weapon – notably when Lane hooks up with Bertie’s gorgeous Israeli pal Noa (Sivan Noam Shimon).

Disappointingly, though, there’s not much in the way of psychological complexity to what ultimately feels like pretty standard fare jealousy we’ve seen similarly deployed in literally hundreds of romantic dramas. Bertie and Lane are childish with one another in the way that real people actually are, but after 90-something minutes, the low-key squabbling – mercifully bereft of histronic screaming matches – becomes wearisome.

In its better moments, Hill’s film evokes the laid-back hangout vibe of Richard Linklater’s Before trilogy, minus his tendency for more flowery, extended chit-chat. The all-consuming middle-classness of the affair – where discussions about divine French dip are par the course – may grate some, though are just as likely to appeal to others who may gulp down the film’s sheer inoffensive delivery like a tall glass of wine on a lazy Sunday afternoon. A musical score comprised of both brassy jazz and stripped-down acoustic guitars courtesy of Mahmoud Chouki sure doesn’t hurt that vibe. 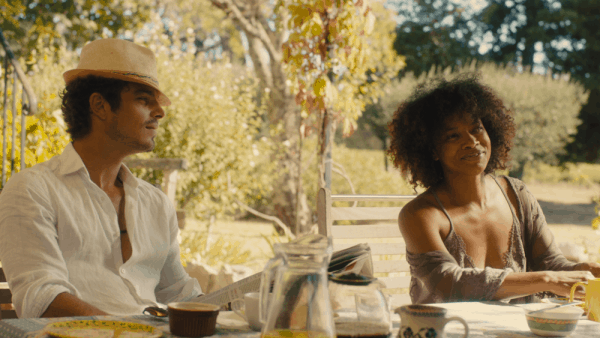 It’s certainly gorgeously staged, Hill making the most of the southern French vineyard where the drama unfolds, even if it feels a bit like the location was hired first and the rest of the story reverse-engineered around it. There’s an improvisational-ish looseness to the script and performances which, while not without its charms, eventually leaves it trundling towards an underwhelming conclusion. The laboured climax leaves a decent amount to unpack re: gender roles, yet comes at the end of such a spare character drama that audiences might not feel too compelled to do the mental legwork.

Still, the cast does fine enough with what they’re given; Johnson is the easy MVP as Bertie, getting a ripe opportunity to shine while performing a spine-tingling fireside sing-song mid-film. Pepper also renders Lane as believably difficult and oft-opaque, though clearly rather by design, Guignard’s Fred feels like something of a blank slate. Between the three of them, there’s little feeling of theatrical exaggeration, or even a calorie of wasted energy.

Yet deep insights into a polyamorous dynamic and its fallout are just too few-and-far-between to capitalise on the available resources, and the end result is a bafflingly conventional, at times even faintly mawkish engagement.

Despite the paucity of cinema centered around polyamory, Ma Belle, My Beauty’s relationship drama paints in disappointingly broad, familiar strokes, no matter the solid performances and picturesque scenery.