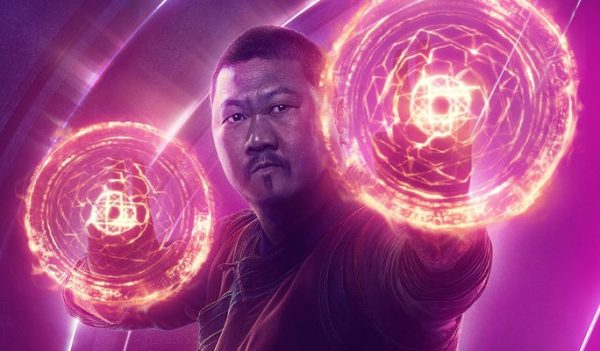 Nevermind the Multiverse of Madness, Marvel are simply doing their best to stretch their array of superheroes across the globe at the moment, as multiple productions, from Hawkeye to Thor: Love & Thunder go before the cameras in various locations.

One such place is Longcross Studios, England, where Sam Raimi is filming Doctor Strange in the Multiverse of Madness, and presumably that’s where Benedict Wong took a break from filming to share a behind the scenes look at his own unique superhero outfit, which was made up of a pair of Spider-Man leggings, and perhaps more unforgivably a matching Manchester United beanie and hoodie.

Due for release next year, anticipation for the sequel has been ramped up by the success of WandaVision and the belief that the Disney+ show will lead directly into the Multiverse of Madness, which doesn’t take a Sherlock-level piece of detective work due to the fact Elisabeth Olsen is reprising her role as Scarlet Witch.

Of all the Marvel properties currently filming or in the can (hello Black Widow), how high up the pecking order is Doctor Strange in the Multiverse of Madness? Let us know by heading over to our social channels @FlickeringMyth…