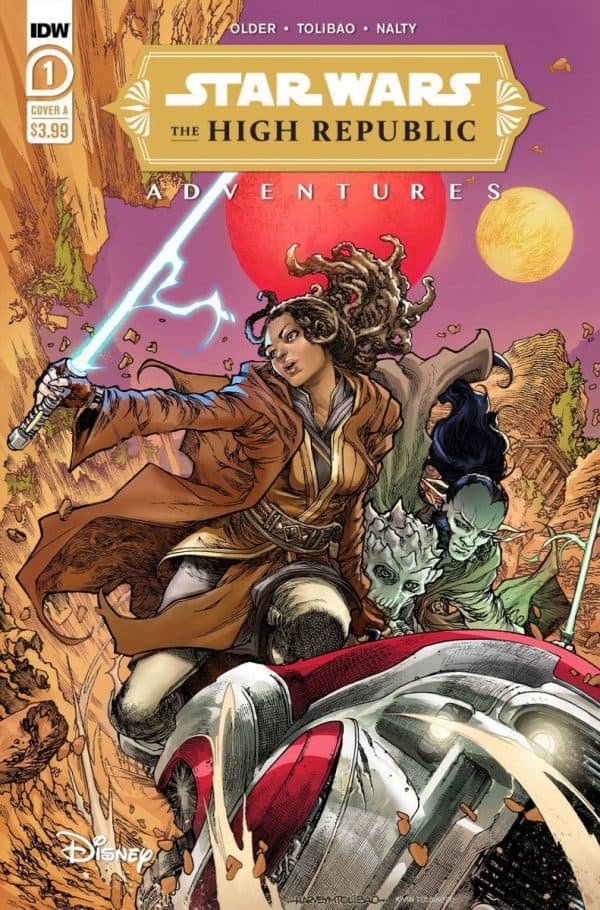 So far, Disney’s Star Wars: The High Republic initiative, which explores a brand new era in the Star Wars timeline pre-The Phantom Menace, has been a roaring success – and it’s only just getting started. The latest offering from IDW’s partnership with Disney and Lucuasfilm, Star Wars: The High Republic Adventures #1, once again confirms that this is an exciting new direction for the galaxy, far, far away. The tale follows Lula Talisola, a Padawan amongst a team of Jedi hurtling towards a catastrophic disaster on Trymant IV after an attack by the Nihil.

First reaction? It’s so interesting seeing the Star Wars galaxy through the eyes of someone who isn’t a Skywalker or a typical brooding white action hero. Lula Talisola is a breath of fresh air as a young Padawan who is completely unsure of her powers and nervous about the expectations of her as a peacekeeper in the universe. But nevertheless, she doesn’t hesitate when jumping in to defend those under siege by the Nihil on Trymant IV.

The endangered planet is where we meet another key character in a strange predicament of her own. But without ruining her story, Zeen Mrala’s secret adds yet another excellent dynamic to the series as she tries to keep an aspect of herself hidden from her closest friend. The pair are clearly set up as two sides of the same coin – hopefully it doesn’t play them off against each other in a stereotypical way. Even though the reader is introduced to them very quickly, it seems like it would feel detrimental to both their stories for it to end with the pair fighting.

As mentioned earlier, what makes Star Wars: The High Republic Adventures #1 so thrilling is this is paving new ground, barely constricted by the expectations of the Skywalker Saga or other spin-offs. It really helps capture the inspirational aspects of the Jedi, while still challenging their place in the universe as galactic warrior monks. Daniel Jose Older’s writing makes this new cast of characters (Yoda aside, of course) a compelling group as they leap headfirst into disaster. The Clone Wars occasionally saw the Force-users deal with huge disasters and saving individual cities or people, but for fans only familiar with the live-action movies, this issue shows a completely different side to the Jedi. 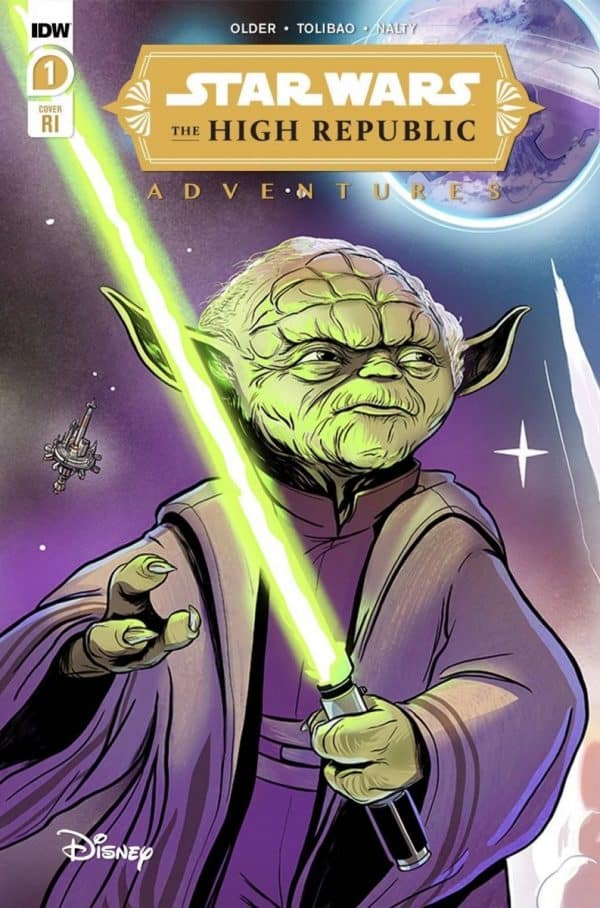 But if you’re worried about the interconnected side to all The High Republic stories, fear not! This first issue is the perfect jumping on point for the new era in Star Wars, it doesn’t need a wealth of knowledge about characters or mythology. Sure, it’s a little rewarding if you’re familiar with the ins and outs of the galaxy (was that a Dug piloting the ship!?), but it’s an easy to read adventure. That doesn’t mean it skimps out on delivering an in-depth, detailed world – because even the issue’s brief arrival on Trymant IV feels rich and intricate. It touches on specific beliefs and attitudes in the galaxy that the Jedi will have to contend with while attempting to save those in need.

The issue’s artwork from Harvey Tolibao, colours from Rebecca Nalty and letters by Jake M. Wood really sell the intense atmosphere and the danger the planet is in by the time the Jedi and their Padawan’s arrive. There’s a panel of a spider-like ship crashing through the sky which feels apocalyptic and dread-inducing. How will a handful of junior Force-users tackle a problem like that as well as a horde of Nihil who happen to be armed to the teeth? Only time will tell…

Regardless of whether you enjoyed the sequel trilogy or were disenchanted by them, Star Wars: The High Republic Adventures #1 has plenty to love about the future (or should that be the past) of the franchise.