Tom Jolliffe offers up an essential selection of paranoia films… 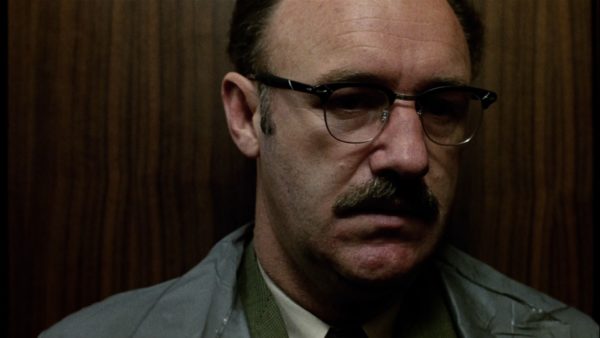 Who likes a good hearty dose of paranoia? Okay, in real life it’s not too enjoyable. In cinema? It’s a gift for film-makers looking to tap into that feeling within their audience. There are a lot of great examples of paranoia-themed films, and when a masterful director is orchestrating proceedings, the audience will be watching with a sweaty palmed grip of their sofa.

Personally I’ve always enjoyed that psychological unravelling of a protagonist slowly becoming consumed with paranoia, whether there is an outside influence after them or not. 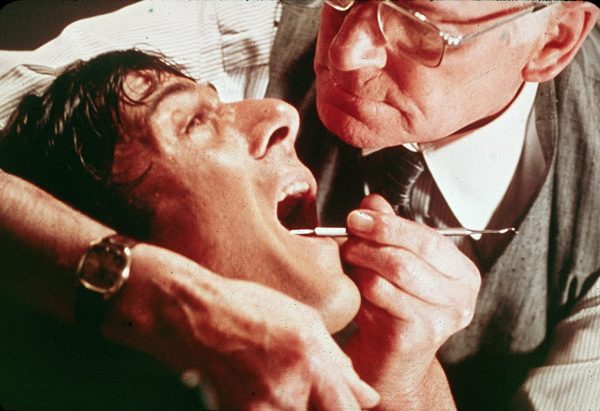 Coming toward the end of a brilliant era in American cinema, Marathon Man is a classic example of paranoia and pessimism that was rife in 70’s American cinema. This hit in 76, just prior to films like Rocky, Jaws and Star Wars kick starting a more uplifting blockbuster era.

Dustin Hoffman was well established by this point, whilst Sir Laurence Olivier was of course a veteran legend of stage and screen. The coming together of both, under the direction of John Schlesinger in his pomp, results in one of the best paranoia thrillers in American film history. Hoffman finds himself unwittingly drawn into a conspiracy, leading to the legendary moment Olivier’s Nazi Dentist tries to extract information from him. Thrilling, gripping and discomforting. 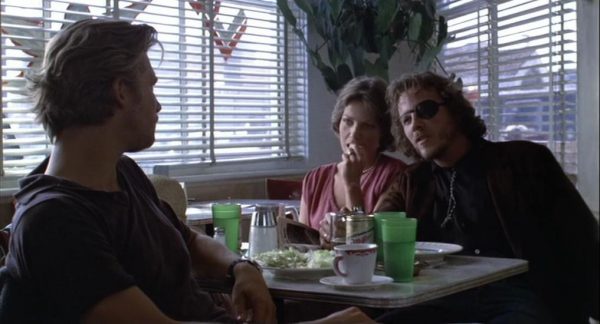 No one has seen Cutters Way. Which is a shame. It’s been kind of forgotten over time, despite an excellent critical reception on its release. Jeff Bridges is Richard and John Heard is Cutter, a burned out and already paranoid Vietnam vet. Richard witnesses someone disposing of something that turns out to be body, leading to the pair becoming drawn into a murder mystery. The paranoia slowly cranks up, only amplified by Cutter’s increasingly imbalanced psyche.

Bridges is atypically great. The late John Heard is fantastic in a show stopping role and it’s all helmed with expert precision by the late Ivan Passer, a master from the Czech new wave who never quite hit the heights of Milos Forman. Still, Cutters Way remains a really underrated and sadly under-seen thriller that is gripping. 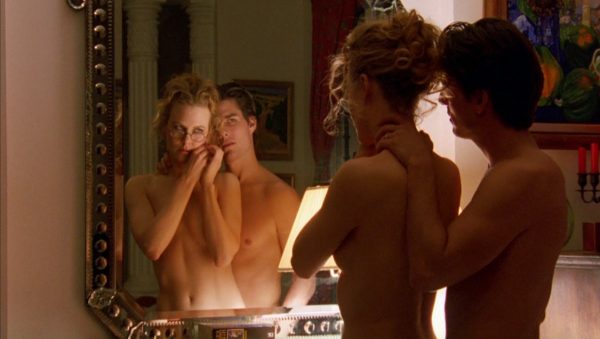 Stanley Kubrick’s final film. It was a long awaited film which seemed to take forever to come out. Initially the responses to it were average. Like a lot of Kubrick’s work, it needs a couple of viewings at least, at which point you begin to open up more caveats in the tale. It’s now getting more appreciation for what is a tense and engaging thriller.

Kubrick’s visual flair and attention to detail is all on display. Cruise and Kidman both give excellent performances, as does Sydney Pollack. The film, which sees Cruise becoming drawn into a secret group of orgying upper crust folk, and finds himself in danger across his night long odyssey. The film deals in a number of psycho-sexual dynamics, particularly in deconstructing male ego, but the paranoia side of the film, which Kubrick cranks up expertly, is what makes this film great. 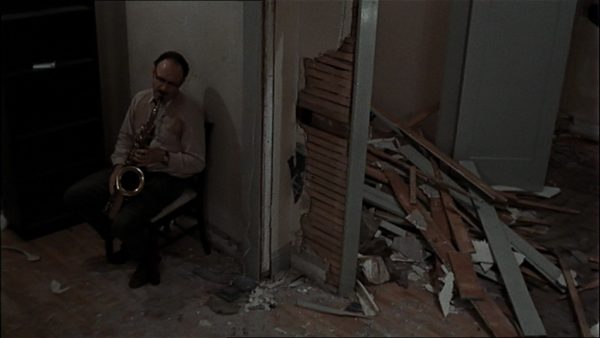 Possibly the greatest paranoia film ever. Francis Ford Coppola’s masterful film sees Gene Hackman catch a suggestive conversation from two ‘targets’ he’s been asked to tap. A progressive trail of events unfold and Hackman, still haunted by the collateral damage from some of his previous jobs, believes he’s unwittingly put a young couple in danger.

The nefarious company Hackman deals with make vague threats when he questions them, and then his mental state begins to unravel. For a film that Coppola did as a kind of quickie between his two Godfather epics, The Conversation is stunningly crafted. The offsetting score really adds to this unsettling atmosphere. By the time Hackman has lost his marbles completely, and the film has ended brilliantly, you’ll be left stunned. 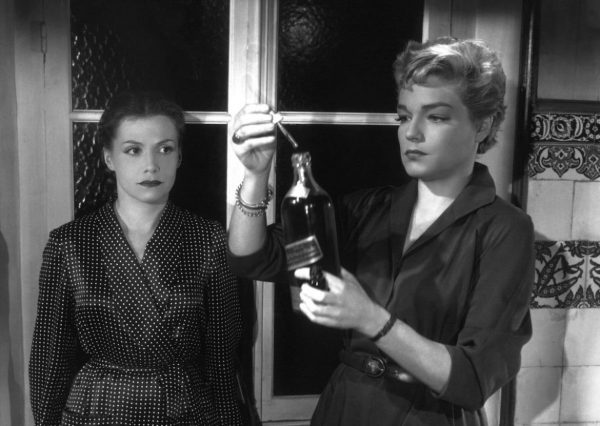 Henri-Georges Clouzot, a master of thrills and suspense, and someone who more than inspired Hitchcock’s near faultless run of tense thrillers in the late 50’s to 60’s, delivered one of the great paranoia thrillers of all time. His follow up to Wages of Fear, this stunning, creepy and unnerving psychological thriller sees a wife and mistress, left stunned when the body of the husband (they murdered), left in a swimming pool, has disappeared.

It’s a brilliant concept and the wife particularly is slowly drawn to insanity. It’s expertly written, beautifully crafted and the payoff is an all time classic. The simplicity of the film and the intimacy of focusing largely on the two female characters for the majority is the kind of thing that only a master could pull off, and Clouzot does that. 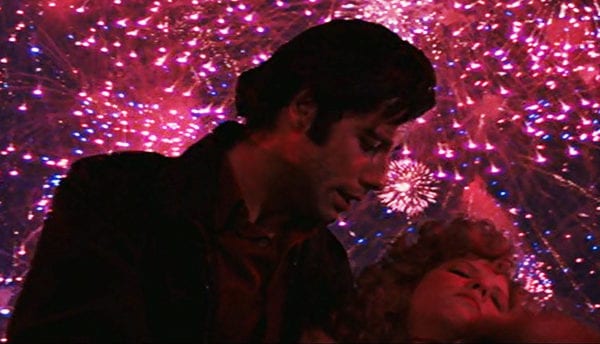 Back to a sound man finding himself drawn into a web of murder after recording more than he bargained for. Brian De Palma’s wonderful homage to vintage era Hitchcock (as well as no small nod to Antonioni’s Blow Up, and the aforementioned The Conversation) has everything you’d expect from his peak era work.

Travolta probably gives his best performance. Given how huge a fan Tarantino is of this film in particularly, and the surprising choice to cast Travolta in Pulp Fiction back in the day, it’s likely his work in this contributed heavily to why he ended up dancing with Uma Thurman on screen in 94. Travolta and fellow Carrie alumni, Nancy Allen are both excellent in this and the film is brilliantly shot and expertly paced. De Palma’s trademark style is in full effect, and completely effective for this kind of histrionic thriller. If Coppola dialled it all back for his thriller, De Palma keeps it all out and it contrasts beautifully with The Conversation (rather than battling it for supremacy). 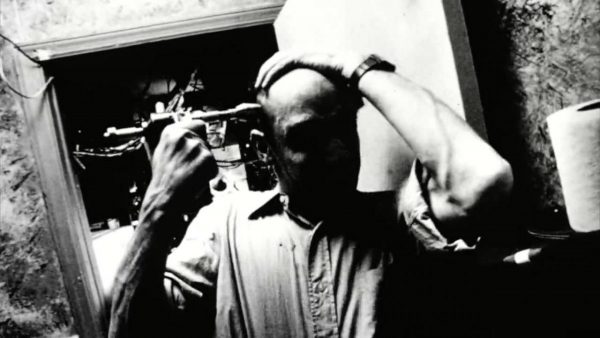 Darren Aronofsky’s debut is a pulsating and non-stop ball of paranoid energy. A reclusive maths whizz begins to see numeric patterns in everything. When he discovers patterns within the stock market, he becomes subject to increasing attention. His paranoia increases exponentially as he suffers from debilitating migraines, blackouts and begins to hallucinate.

Shot for a meagre $60000 on pretty rough 16mm stock, this still looks fantastic. It’s well paced, visceral and Clint Mansell’s score also adds to a brisk and enthralling tempo. Aronofsky shows off his immense skill, right off the bat, and particularly his penchant for depicting psychological meltdown. Few do it as well (or I guess as often) as Aronofsky. Intelligent, unsettling and gripping and still one of his best works. 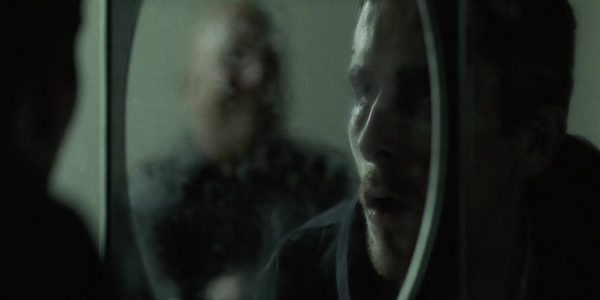 Christian Bale’s body role chart went to dangerously skinny, for this film about an industrial worker long suffering insomnia, who begins to question his reality. Bale’s dedication to his roles is unquestioned and he’s absolutely enthralling in this, well aided by a cast including Jennifer Jason Leigh and Michael Ironside.

Director Brad Anderson never quite lived up to the promise that he showed in this. He’s made some enjoyable thrillers since, with no shortage of paranoia, like Transsiberian and more recently, Fractured on Netflix. The Machinist remains far and away his crowning achievement, but he does set himself a high bar with it. 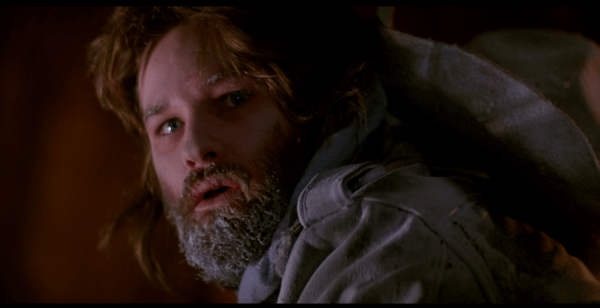 John Carpenter’s classic horror film is all about human paranoia. As much as the film is absolutely littered with exceptional and iconic creature FX and stunning visuals, Carpenter’s masterpiece ekes out incredible amounts of tension between those set piece gags with the focus firmly on the isolated crew unaware of who might be hosting ‘the thing.’ Okay, maybe it feels a bit too prescient right now, but the skill of ramping up the paranoia levels to almost unbearable levels are what have made The Thing so highly regarded. 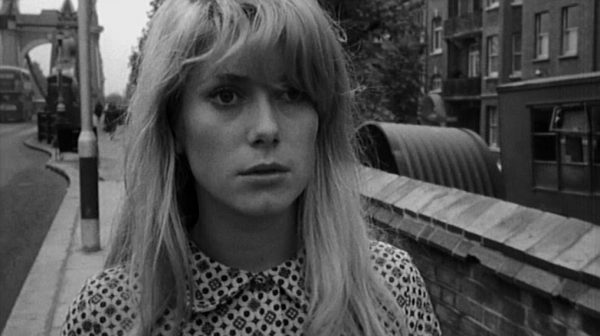 When it comes to Polanski, this era was loaded with brilliant examples of paranoia from him. Rosemary’s Baby had plenty, but I’m gonna look at an even more intimately focused film that rests so heavily on the shoulders of Catherine Deneuve. This dark, and disturbing psycho-sexual thriller sees Deneuve as a manicurist with a physical repulsion to sexual intimacy. She finds herself fearful of her sisters boyfriend and disturbed by their intimacy.

When she’s left alone in the apartment whilst her sister holidays, her mental state begins unravelling. Slowly overwhelmed with frightening visions of being raped, she becomes increasingly paranoid at the thought of men trying to get to her in the apartment. It’s a masterclass in psychological horror from Polanski, if you can overlook his uncomfortably perverted gaze upon female characters back then. Deneuve is exceptional here.

What is your favourite paranoia film? Let us know your thoughts in the comments below or on our social channels @flickeringmyth…