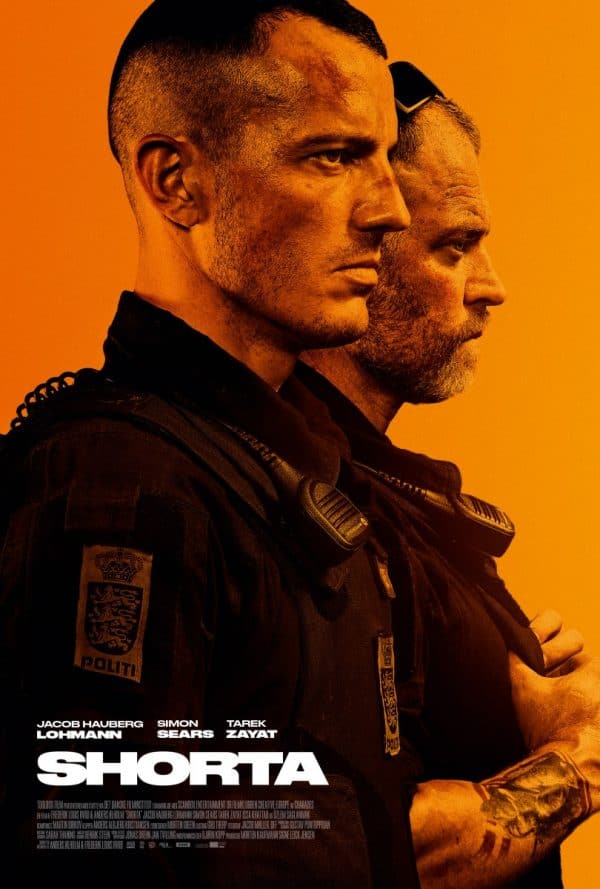 Two policemen become trapped and fight to escape a dangerous distract when violence erupts, following the death of a criminal in custody.

In the last year, the world has seen the death of George Floyd trigger protests against police brutality and racism. The Black Lives Matter movement has grown, and the phrase “defund the police” become popularized. Tapping into the popular social conscience, directors Anders Ølholm and Frederik Louis Hviid have created Shorta, a microscopic look at the violent reaction against law enforcement in the wake of a death of a criminal in custody.

Almost certainly unintentionally, given the proximity of their release dates, Shorta’s premise and style – at least in the setup – is unfortunately similar to that of Oscar nominee Les Miserables, directed by Ladj Ly, but also to 1995 masterpiece La Haine. And where the films differ, Shorta’s shortcomings are painfully shown. Hviid and Ølholm opt to bringing out the action in the situation, allowing for some satisfying chase and fight sequences. But with every gunshot, every wheel screech or burst of flames, the directors sacrifice well built tension. Like the air being let out of a ballroom, the uncertainty of what might be around the next corner evaporates, leaving a flat feeling. The pair repeatedly force the film to start from scratch after a discharge of energy, when holding it in for longer might have made for a bigger explosion of anger and desperation – just like the ending of La Haine. 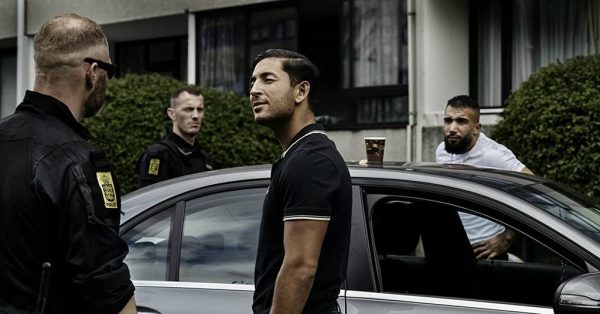 This isn’t the only problem with Shorta’s reliance on action. Without much real time given to developing the two lead characters, it’s difficult to feel much of a connection, or much empathy for their predicament. Having written as well as directed together, Hviid and Ølholm are aiming for certain markers: the black and white moral standpoint at the beginning of the film fading quickly to grey. Cue the role reversals, and the walking in other people’s shoes. Despite the brutality on display, it’s all actually rather sentimental, hardly scratching the surface of the real issues here.

And as for the two policeman, Mike and Jens, the couple’s actions are so morally ambiguous that it’s hard to ever follow their struggle with any real empathy. We should be asking whether the situation justifies the outcome, and instead we’re wondering whether to run and hide next time we come across a policeman ourselves. 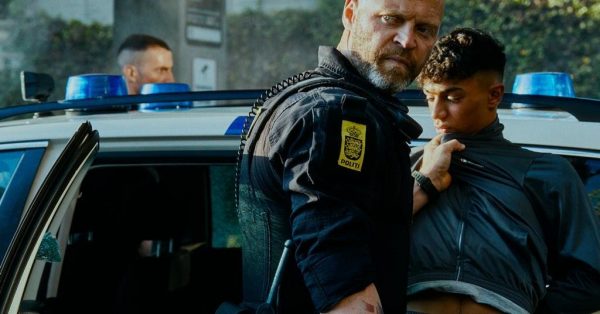 Shorta is far from a poor film. The cinematography is excellent throughout, and the performances from both lead actors, Jacob Lohmann and Simon Sears, are committed and emotionally detailed. The two directors are clearly capable, and the danger and ferocity of the situation is excellently communicated. And if all your looking for is a good action story, this is leagues ahead of your average Liam Neeson Hollywood romp.

It’s just that, if a filmmaker is trying to make an artistic cinematic contribution in today’s world, they simply can’t settle for under-developed characters and predictability. As much as it may not be true for blockbusters, cinema today demands reality of character, no matter how fantastical the situation. Shorta may live in a world we recognise, but it is a little bit too far from presenting real, layered characters in this deadly setting.