Ahead of this Friday’s sixth episode of Marvel’s WandaVision, Disney+ has revealed another poster for the series featuring Agnes (Kathryn Hahn), Wanda (Elizabeth Olsen), and Vision (Paul Bettany) in their 80s attire; check it out here… 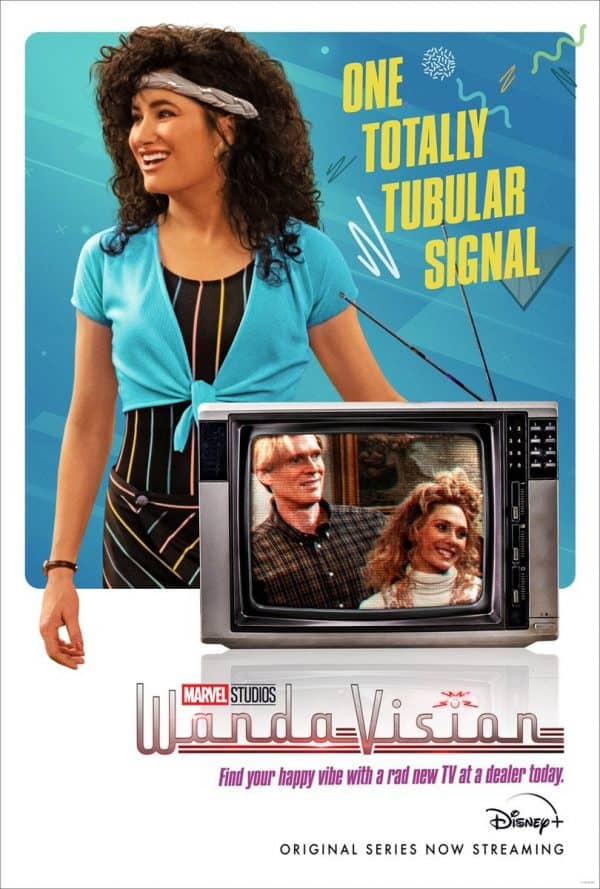