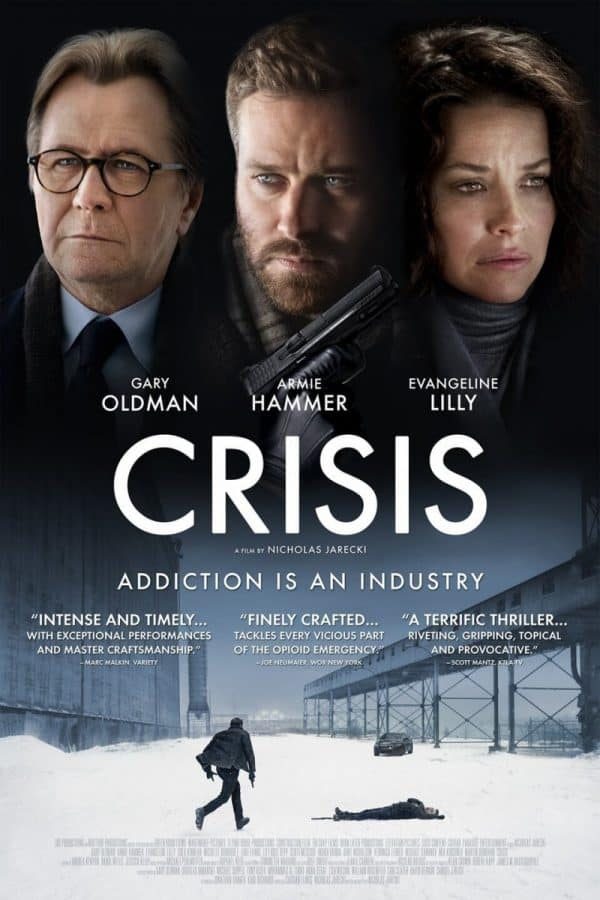 Three stories about the world of opioids collide: a drug trafficker arranges a multi-cartel Fentanyl smuggling operation between Canada and the U.S., an architect recovering from an oxycodone addiction tracks down the truth behind her son’s involvement with narcotics, and a university professor battles unexpected revelations about his research employer, a drug company with deep government influence bringing a new “non-addictive” painkiller to market. 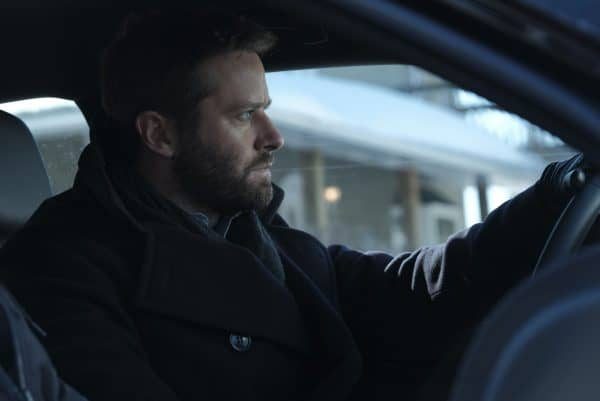 Three protagonists and multiple drugs of choice including one fictional painkiller make up Nicholas Jarecki’s overstuffed opioid epidemic crime drama Crisis. Even at just under two hours, there are way too many moving parts here where, as if that wasn’t enough, each of them also get saddled with subplots of their own away from the larger intersecting narrative. And while there is some admiration to be had within such a sweeping story, you can’t help but feel like one of the stories desperately needs to be cut so the other two can be given more time and personality, because as it stands each of these three stories are frustratingly generic.

Since everyone is being campaigned for awards in the Supporting categories, we might as well address Armie Hammer as undercover agent Jake Kelly working closely with Armenians smuggling in fentanyl across the US Canadian border to set up a massive bust. He is fine in the role, making use of his commanding voice whenever arguments with his superiors arise threatening to shut the thing down or as the situation gets more dangerous. Sadly, there is also not much character there as his entire reason for this unwavering dedication to the sting is that his sister (Lily-Rose Depp) is a junkie.

Jake is also not the only character that has motivation is defined by others, as Evangeline Lilly’s recovering addict Claire Reimann gets embroiled in the whole affair due to the fact that her dead son may have unknowingly been connected to it and murdered despite being made to look like a drug overdose. Again, it’s another character that doesn’t have much on the page (Nicholas Jarecki also wrote the script) and just relies on the actor to get through it attempting to convey some emotion. The problem is that it’s hard to get invested when so much is going on and practically no one feels like a character but rather chess pieces to move into place for whatever the story wants to do next.

Away from all of this (and this is where you can make a case that Crisis is really just two separate movies about drugs smashed into one) is a university professor named Tyrone Brower (Gary Oldman in paycheck mode shouting and screaming every one of his lines to an unintentionally amusing degree) and his team of scientists that collect data that suggests a new fictional painkiller that’s about to be approved by the FDA is actually going to be three times as addictive as Oxy. Of course, the distributors of this drug don’t really care and are too busy patting themselves on the back about the supposed good it will do, whereas Tyrone’s colleagues don’t want him to press the matter either. Naturally, he does which leads to some public backlash and dirt covered up during some dark days of his life where he inappropriately came onto a student. Yes, the movie about the war on drugs is also trying to squeeze in some canceled culture commentary. As you can imagine, it’s about here when I was really done with Crisis. 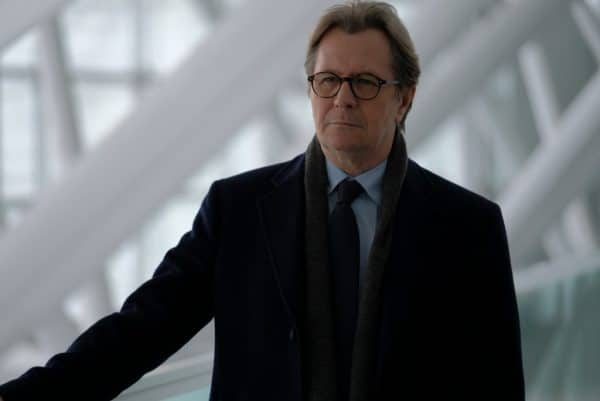 As it cycles between the individual stories of these characters, I never once was curious where any of them were going. Crisis is a series of scenes disguised as plot points to set up one forgettable event after another. There’s a mystery about an informant, how Claire’s son was involved, unnecessary looks into everyone’s personal lives, and so much going on that it just fades away from your mind as you are watching it. The actors are trying and there is a fun action sequence towards the end that is intense, but the real crisis is just how little there is to care about.