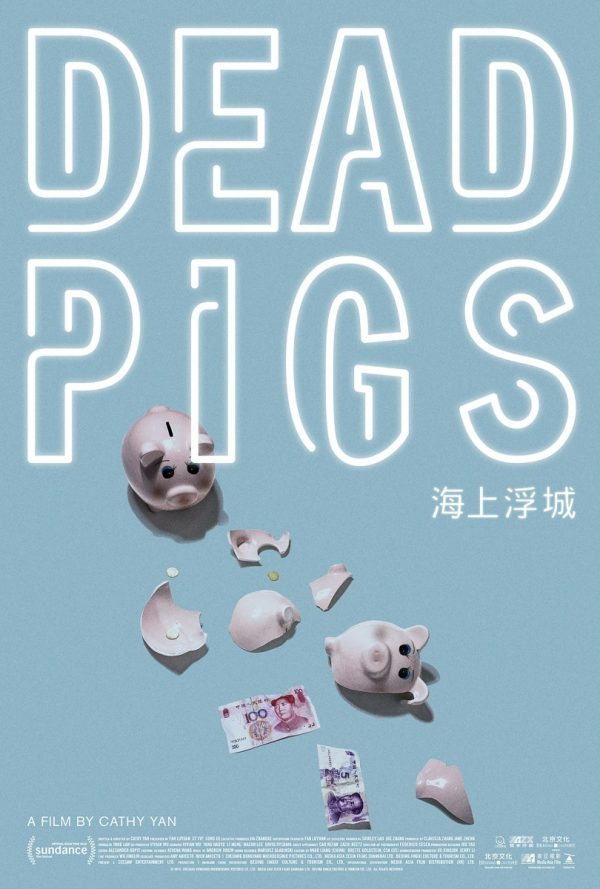 As thousands of pig corpses float through the waterways of Shanghai, multiple characters struggle with the changing face of China. 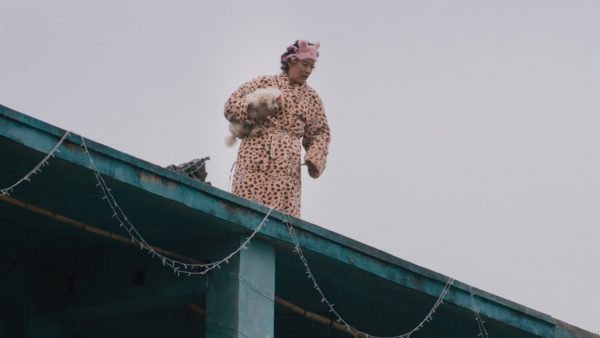 In March 2013, Chinese media noted that thousands of pig corpses had been found floating down the Huangpu River, which serves Shanghai with much of its drinking water. A former newspaper reporter transitioning into filmmaking was intrigued by the story and saw it as a compelling backdrop for a multi-textured, satirical mosaic of modern China. That woman was Cathy Yan and the film became her beguilingly uneven debut feature Dead Pigs, which is now arriving in the UK and USA via Mubi – three years after it first premiered at the Sundance Film Festival in 2018.

Yan has, of course, gone on to huge things since this film was made. Last year, she helmed the delightfully spiky superhero adventure Birds of Prey and she has an A24 movie about the Chinese-American experience in the pipeline as her next project. All of the elements that would make her an up-and-coming Hollywood darling are present and correct in Dead Pigs, which tells a serious story about changing identity with an admirable light-footedness and a distinct lack of fear when it comes to embracing dewy-eyed sentimentality.

The movie’s setting is a society in flux. Beauty salon boss Candy (Vivian Wu) is the last woman standing in the way of a swanky property company, aiming to redevelop her area into a luxury apartment complex built around a gaudy replica of Barcelona’s Sagrada Família. Meanwhile, Candy’s brother – pig farmer Old Wang (Haoyu Yang) – is in debt to a group of gangsters and, with his livestock dying, he has no way of paying them back. His sister is unwilling to sell and his son Wang Zhen (Mason Lee) is pretending to have a high-flying real estate job, when he’s actually a restaurant busboy mooning over rich girl Xia Xia (Meng Li). 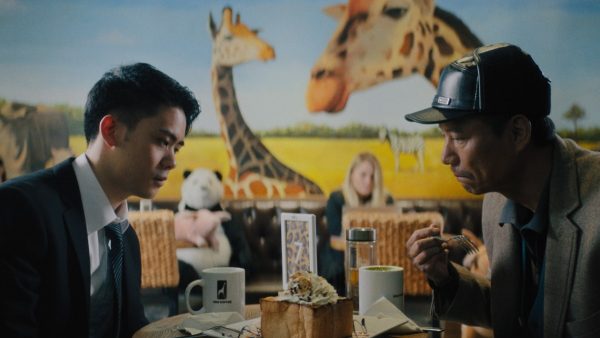 In less nimble hands, this had all of the building blocks to be a saccharine and self-serious trudge through a community affected by gentrification and Westernisation. The latter concept is embodied by David Rysdahl as an American architect, who is taken and moulded into a slightly pathetic American-for-hire by Angie (Joker and Deadpool 2 star Zazie Beetz), who convinces him he has the chops for “modelling”. Rysdahl’s performance – at once jittery and ultra-confident – is one of the more perfect illustrations of a key theme the movie returns to over and over. He’s a square peg being forced into a round hole by systems of wealth and the increasing opportunity presented by China’s economy.

Money and commodities corrupt throughout Dead Pigs, whether it’s the pricey VR headset which allows Old Wang to escape his financially strained reality or the way in which Xia Xia’s wealthy father pays off a melon stall owner she injures in a drunken car crash. Wang Zhen, desperate to help his own dad, takes to throwing himself in front of cars in the hope the panicked drivers will throw money at him in order to avoid the police being involved. This is a world in which money speaks, dragging characters along with it.

It’s also a story which forefronts consequences and interconnected communities. Yan’s script is too smart to draw trite, Richard Curtis-like links between its characters – with the exception of a climactic musical number, which just about crosses the line into schmaltz – but it notes the ways in which individual’s bad decisions reverberate through those around them. In the era of COVID-19 and the responsibilities we all have to keep others safe, this rings even truer than it would’ve done when Yan first wrote the movie. 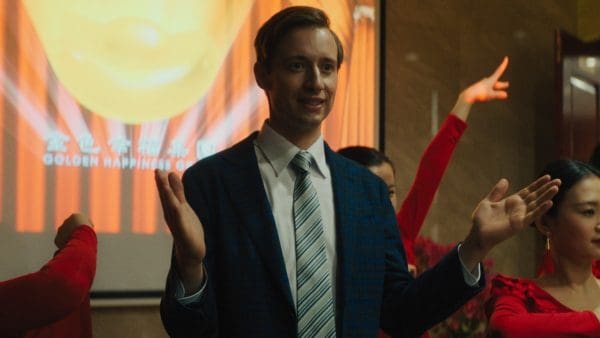 Dead Pigs also benefits from a terrific ensemble of performances, with Vivian Wu stealing the show as a defiant woman standing her ground in the wake of men in suits telling her how to act. Candy is far from being a perfect character – her beauty salon’s rather grim motto is “there are no ugly women, only lazy ones” – but she’s framed as a relic of a former age, in which respect and legacy was more important than cash. Meanwhile, Yang brings much needed comic energy and Mason Lee – son of Oscar-winner Ang – provides quiet, gentle soul.

This is a fun ride of a movie, populated with colourful characters, but it has a tendency to drag at two hours and stumbles down some blind alleys. Beetz’s involvement, in particular, seems to come to nothing. Its higgledy-piggledy storytelling is both a blessing and a curse but, certainly, there’s no doubt that it’s a unique and idiosyncratic work which served to put an exciting filmmaker firmly on the map.