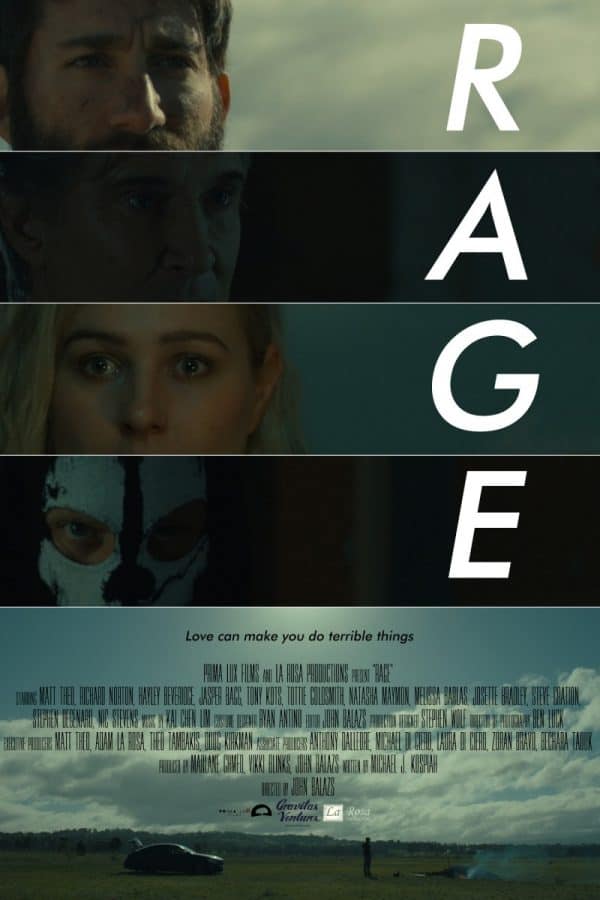 A couple deal with the trauma of a botched home invasion, while police struggle to try to unravel the mystery behind the attack. 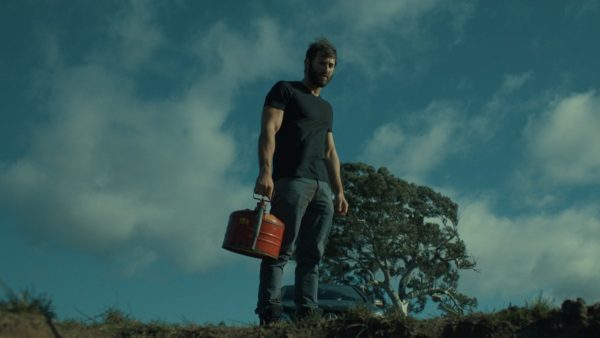 The last decade has seen a renaissance for gritty Australian cinema. Whether it’s Justin Kurzel’s horrifying Snowtown or the historical bleakness of Jennifer Kent’s The Nightingale, the land Down Under has been delivering darkness aplenty. John Balazs is the latest filmmaker to step into this realm with Melbourne-set epic Rage, which combines the DNA of a revenge thriller with that of a police procedural. Sadly, it rather gets lost amid its own narrative sludge.

Things start disarmingly quietly, with an enigmatic prologue giving way to mundane but wry scenes of married couple Noah (Matt Theo) and Maddie (Hayley Beveridge) arguing about how to squeeze a tube of toothpaste. Soon, though, Noah is having illicit sex with colleague Sophia (Natasha Maymon) and spurns a dinner invite from Maddie, who is venting over a bottle of wine to sister Rebecca (Nic Stevens). A pair of thugs enter their home, murdering Rebecca and raping Maddie before Noah arrives home and kills one of the assailants. A month later, a seriously injured Noah wakes up in hospital and is baffled that Detective John Bennett (Richard Norton) has not yet found the remaining perpetrator.

Rage is a sprawling, bloated beast that extends over two and a half hours, enormously outstaying its welcome in the process. Initially, though, signs are good. The character relationships are nicely sketched and the home invasion itself is tense, unflinching and ultimately very brutal. In short, it’s exactly what you’d expect from the New Aussie Extremity movement. However, what follows quickly runs out of steam and fizzles to nothing. Norton’s detective is a nothing character, tasked largely with dolloping out pages of exposition without so much as a flicker of emotional depth. 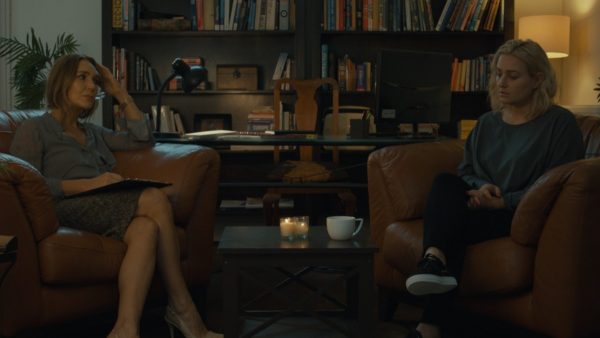 As for the central couple, it’s a game of two halves. Beveridge is fantastic as a woman left almost mute by her trauma, unable to speak to either her parents, Noah or her therapist about what happened. In a mostly non-verbal performance, she conveys the horror of what she has experienced as well as her eventual determination to piece her life back together. The same can’t be said for Theo, who’s often wooden and is never believable as a stricken man on a desperate hunt for revenge. He’s hamstrung by Michael J. Kospiah’s overly convoluted script, but he can’t transform what he’s given into something which hits an emotional nerve.

Visually, the movie looks grey and insipid, with Kai Chen Lim’s score laughably overwrought at times – particularly in the way its quasi-operatic excesses overwhelm the climactic scene. It’s another example of the film’s over-abundance of furniture, packing in so much stuff and so much narrative bloat that the watchable zip of its first half entirely ebbs away as it tosses in more and more mystery elements, few of which come to anything by the time the credits finally do roll.

Ultimately, Rage is an exhausting film, boasting a prestige sheen which undermines the potential grit of its morally murky storytelling. Rather than say anything about the nature of its titular concept, or the vengeful bloodshed it has the potential to inspire, the movie instead meanders through genre clichés and down tedious blind alleys in search of the compelling feel of a twisty binge-watch miniseries. Needless to say, it lacks the momentum or the narrative robustness to stand up to those ambitions. In the end, it’s grey, overlong and considerably more boring than it is bewitching. 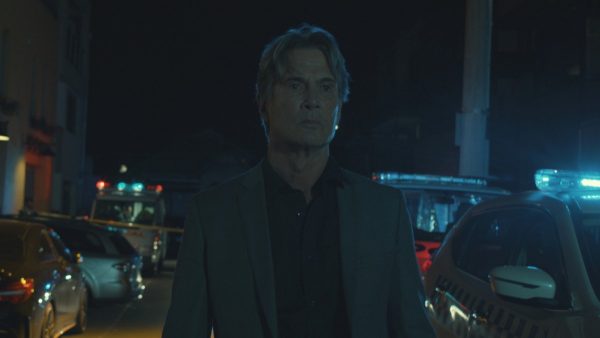