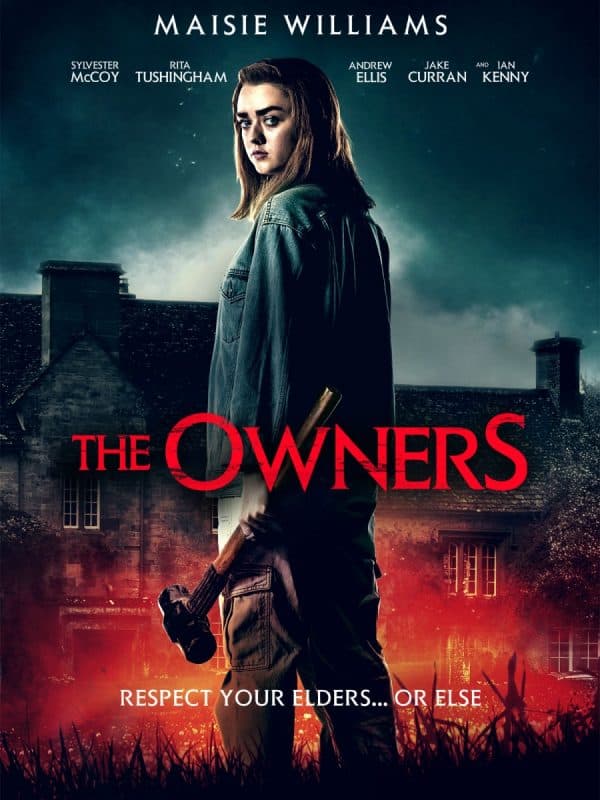 A group of young thieves get more than they bargained for when they attempt to burgle the home of an elderly doctor and his wife. 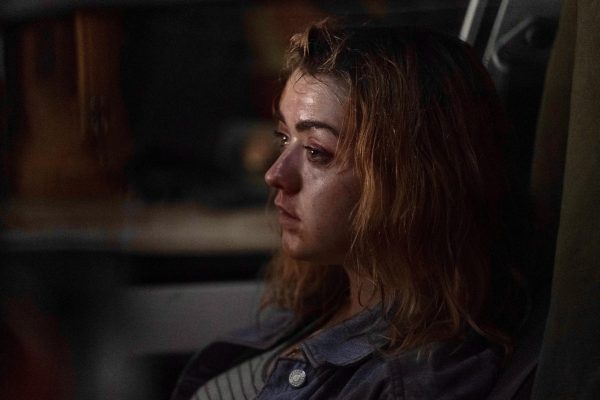 Given the prominence of home invasion horror movies, it’s only natural that the dynamics are starting to shift. Films like the hugely popular Don’t Breathe have seen put-upon invadees turn the tables on their invaders to gory and occasionally depraved effect. Certainly the title of the uneven new effort The Owners – now arriving in its native UK after a Stateside run last year – implies that it’s the thieves at the heart of this story who might find themselves on the back foot.

Nathan (Ian Kenny) is nominally in charge of this operation, brought about by the timid Terry (This is England actor Andrew Ellis) when he told his friends about a safe full of cash in the home his mother cleans, belonging to Dr Huggins (Sylvester McCoy). Nathan and Terry are accompanied into the empty countryside home by certified wrong-un Gaz (Jake Curran) and, unwittingly, Nathan’s girlfriend Mary (Maisie Williams). When they can’t get into the safe – it’s a combination lock rather than the promised electronic one – they decide to wait for Huggins and his wife Ellen (Rita Tushingham) to return, hoping to scare the combination out of them.

Adapting French graphic novel Une nuit de pleine lune, director and co-writer Julius Berg conjures real tension early on, establishing this unusual quartet of thieves as a unit likely to explode at any moment. Kenny’s over-enthusiastic Nathan is in over his head and desperate to impress the effortlessly loathsome Gaz – played with chilling grime by Curran – while the jabbering Terry is mostly just worried about not making too much of a mess and getting out in a hurry. Williams, meanwhile, slots very neatly into a role akin to that of a ‘final girl’, even if an awkward attempt to engender more sympathy for her character feels overly contrived. 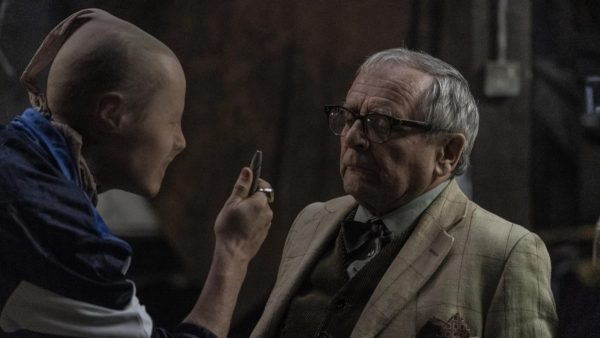 The film’s strongest elements are in the interpersonal turmoil between its characters, which is gently pricked at and twisted by McCoy’s Huggins – a man who immediately has a Machiavellian edge behind his genteel exterior. It’s a joyous performance by the former Doctor Who leading man, immediately urging the thieves to “go home before things really get out of hand”. Naturally, the warning goes unheeded and blood is shed in unexpected ways.

Sadly, the journey is considerably more entertaining than the destination and, once the initial heist unravels, The Owners loses its momentum to the point of it utterly dissipating. This isn’t helped by a baffling third act aspect ratio change, rendering the movie’s most theoretically exciting moments in a postage stamp of a 4:3 square. The idea is presumably to convey claustrophobia, but the result is simply irritating. There’s only so much of Maisie Williams waving a frying pan around in smoky darkness that any viewer can handle.

Like so many low-budget genre efforts, The Owners benefits from an intriguing premise, but can’t work out a way to capitalise on that and ultimately stick the landing. The ending is enjoyably silly, if theatrically grim, but comes at the end of a muddled conclusion in which seemingly important exposition is shouted through doors and gas masks while running and shouting. Despite strong performances, it’s ultimately a disappointing bout of rural rumpus that fails to go beyond a handful of generic bumps in the night. 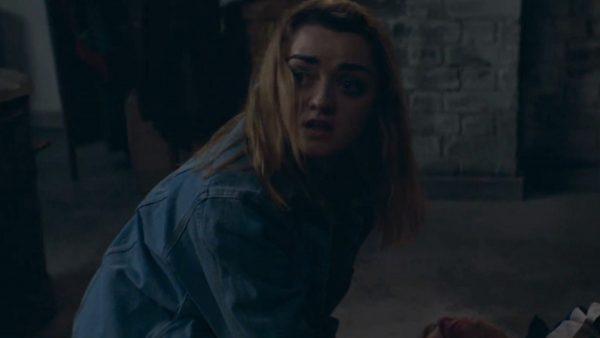