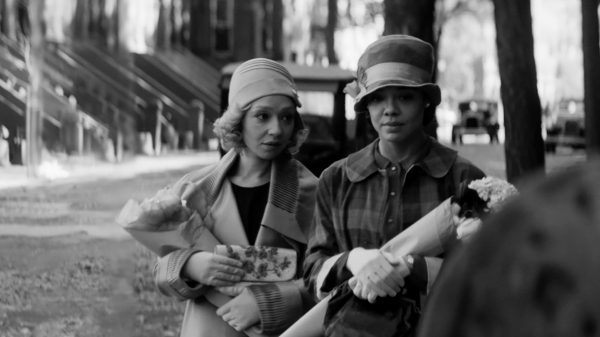 Sundance is over, and the most notable films from the event are beginning to find their home. During the festival, Apple acquired CODA for a record-breaking $25M, while Jockey was picked up by Sony Pictures Classics ahead of its festival premiere. Now, the period drama Passing has been purchased.

Late on Wednesday evening, news broke that Netflix would acquire Rebecca Hall’s debut film Passing in a deal that will reportedly land at around $15.75 million.

Passing stars Tessa Thompson and Ruth Negga, and was met with modest praise at the 2021 Sundance Film Festival. It’s currently sitting at around 80% on Rotten Tomatoes with about 45 reviews. You can find Shaun Munro’s ★★★ review for Passing here.

Scripted by Hall and based on the novel of the same name by Nella Larsen, Passing follows “two African-American women (Thompson and Negga), each of whom can ‘pass’ as white but choose to live on opposite sides of the color line in 1920s Harlem.” André Holland, Bill Camp, and Alexander Skarsgard also star.