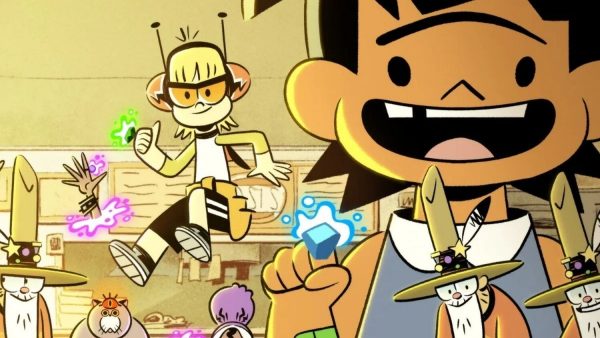 Kid Cosmic leaps onto the screen in a whirlwind of irrepressible energy. The show follows the lead character, known only as ‘Kid’ as he discovers five cosmic stones that bestow superpowers on their wielders. Kid uses the stones to form a team of unlikely superheroes, and they must learn to master their new abilities to stop aliens from invading the Earth to reclaim the mysterious gems. It all sounds very Infinity War, but Kid Cosmic thrives on drawing inspiration from comics and superhero and science fiction tropes.

The show comes from The Powerpuff Girls creator Craig McCracken, and with that comes a burst of nostalgia for the old Cartoon Network series’ of the late 90s and early 2000s. The animation style of Kid Cosmic bears a lot of resemblance to The Powerpuff Girls, and it is great to see a hand-drawn cartoon in a time where 3D computer animation is the dominant form. Unlike many modern animated films and series, the animation doesn’t focus on every minute detail, but arguably animation is at its best when it’s more expressive than it is intricate. That’s exactly the case with Kid Cosmic. The varied exaggerated expressions the characters are capable of makes them each larger than life and adds to the show’s energetic nature. 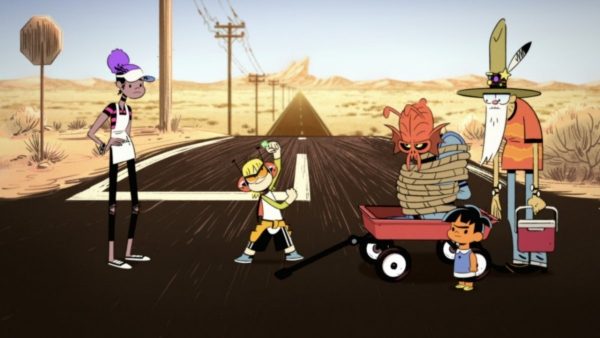 This raw enthusiasm that Kid Cosmic exudes is one of its best features. There is a sense of fun and adventure about it that makes you want to smile, and it starts from the moment that Kid bursts into action in the first few minutes of the season. There might not be a lot of originality at play here, with the story hitting all of the typical narrative beats of superhero and science fiction stories, but it portrays them in a way that is captivating for viewers of all ages.

Kid Cosmic hits all of the right notes. There is an eclectic mix of characters that form a mismatched but fun (and funny) group of heroes. Aside from Kid, the team is comprised of a teenaged girl, a toddler, an old man, and even a cat, and all of them are extremely endearing. The cat, Tuna Sandwich, instantly became a firm favourite. The alien species are also diverse and creatively designed. The fights that the team engage in are equally cool thanks to the various powers they have at their disposal. 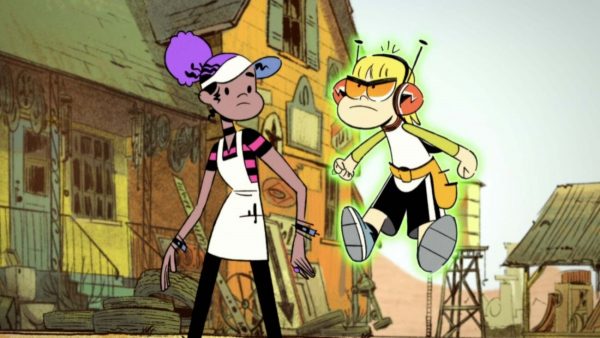 Towards the end of the season there is the introduction of a moral message. Kid and the team are meant to learn a heartfelt lesson about what it truly means to be a hero. Unfortunately, the show lets this message down by perhaps being a bit too energetic. There’s so much enthusiasm and dynamic energy packed into every short episode that this message falls a bit flat in the face of it. Ignoring that it’s a lesson superheroes have learnt time and again, we are simply more focused on the group’s antics, plans and battles to pay much attention to it.

This is far from the be-all and end-all though, as the overall narrative arc is perfectly engaging and satisfying. Not only is the overall story a lot of fun, but each episode provides its own individual adventure with unlikely team-ups and amusing solutions. At the end of its ten episode run the show sets up a potential second season, and it’s exciting to think what adventures the team might get up to next. 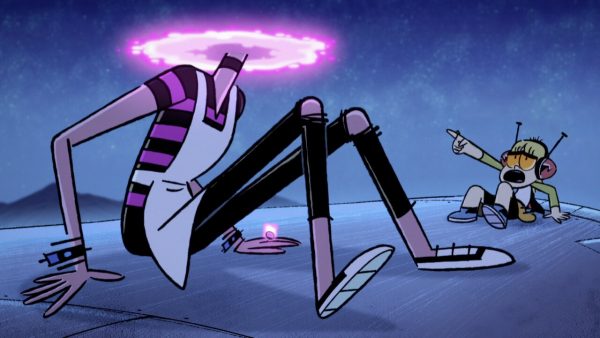 Kid Cosmic is not just a great superhero cartoon, but also a very fun sci-fi show. Its interesting group of characters and effervescent energy will have you hooked from start to finish and impatiently waiting for more.