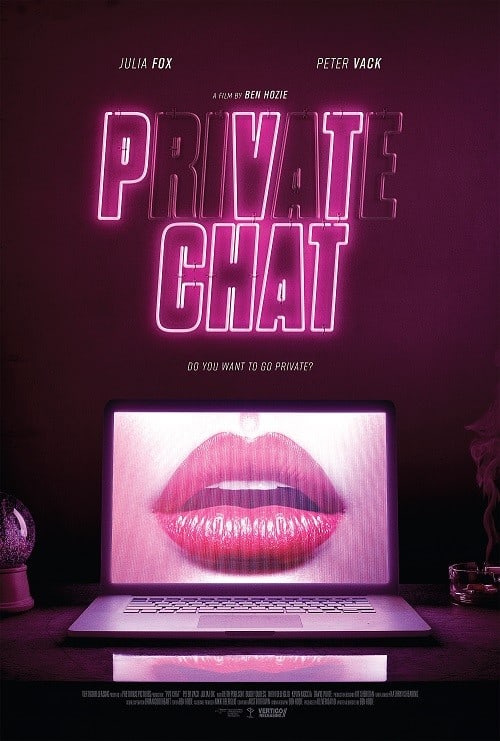 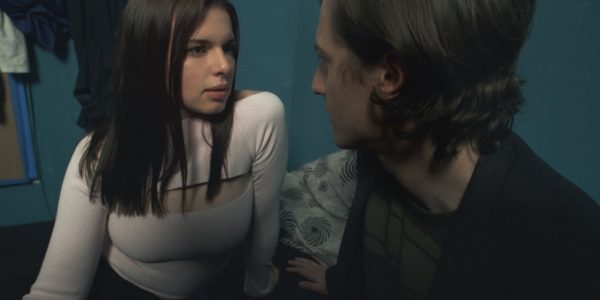 PVT Chat is not for those who are easily offended. From the opening frame writer director Ben Hozie establishes tone by introducing Jack at his most vulnerable. An open laptop, a dominatrix on screen and obvious sexual arousal from the willing participant are all on show. In those opening minutes it is by turns graphic, gratuitous and extremely sad. Peter Vack and Julia Fox give performances which leave no room for grey area. Beyond the dominance of one human being over another for sexual gratification, PVT Chat explores our desire to live vicariously. Although Ben Hozie has used the adulation of on-line sex workers and their clients as his starting point, this film quickly moves beyond those parameters.

Although the gritty hand-held camerawork and sparse locations make events feel grounded, this film flies because of those performances. Julia Fox expands on her work in Uncut Gems, bringing a naïve vulnerability to Scarlet beyond the sleaze. In a world of temporary connections where society exists on-line points of view are subjective, friendships fickle and romance marred by exaggeration. Sex remains the only tangible thing left where real human connections are possible. As much as PVT Chat feels improvised the dialogue throughout is excellent. A real chemistry exists between our protagonists and despite the premise conversations feel natural. That Ben Hozie is able to draw audiences into this twilight world of internet gambling and sexual deviancy, yet ground events through abject realism is commendable. 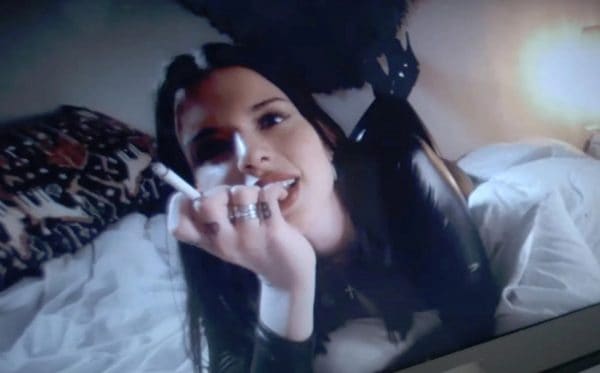 By allowing Scarlet and Jack to slowly develop a connection before flipping the narrative is bold, exposing behavioural hypocrisy on both sides. Deception, reconciliation and subterfuge all play their part here, but ultimately PVT Chat remains optimistic in outlook. Cam girls, internet voyeurism and sadomasochism are merely a way into the more important questions being asked. A genuine human connection in this day and age is rare especially right now, where legislated isolation has become commonplace. People no longer meet in person, while privacy means nothing thanks to digital corporations and a desire for validation.

There have been comparisons made with the Safdie brothers and more specifically their film Uncut Gems, from which Julia Fox is an alumnus. That stripped back style and invasive camerawork might be evident, but Ben Hozie is very much his own animal. What makes PVT Chat interesting beyond its lack of closure, structural choices and raw performances is an inherent sense of dynamism. 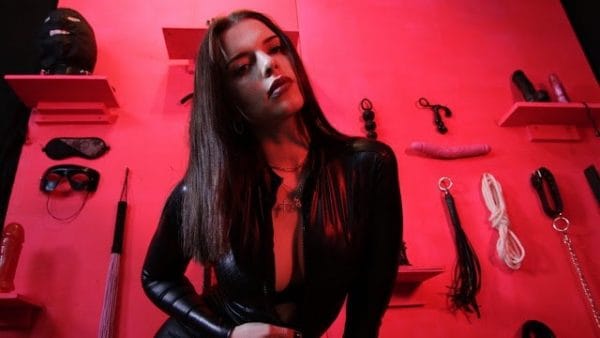 This is a film which begins in frenetic disarray and concludes with the same degree of uncertainty. Meet cutes have rarely been this visceral or financially dependent, yet somehow PVT Chat not only makes it work, but builds into a film of substance.