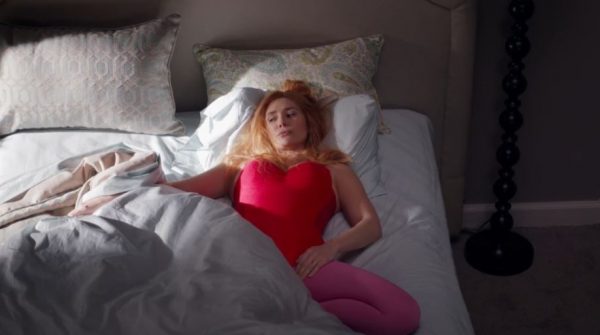 Marvel just keeps ramping up the ante with each new episode of WandaVision and this week ain’t no different. Now that we’ve moved through the decades and reached the age of modern-day sitcoms like The Office and Modern Family, one might think that we are finally in more familiar territory. But never underestimate this wildly unpredictable TV show, ‘cos while some of our suspicions, regarding certain characters and plot threads, were confirmed in this episode, it also opened up a whole treasure trove worth of mysteries to lose sleep over. So, without further ado, let’s dive right in folks! But for those of you who haven’t seen episode 7 yet… SPOILER WARNING. 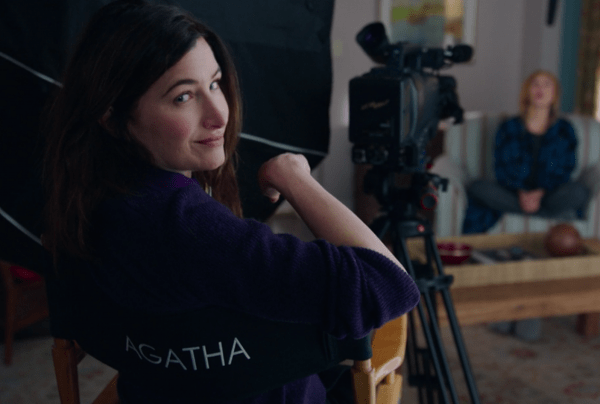 Undoubtedly the biggest takeaway from the episode is the fact that we are finally shown who our unusually friendly neighbor Agnes really is. It turns out that she’s none other than Agatha Harkness herself.

From the get go there was a substantial number of people who thought that actress Kathryn Hahn was in reality playing some version of Agatha Harkness in the show, despite her name being Agnes. A powerful witch who survived the infamous Salem Witch trials, Harkness mentored Wanda extensively in the art of witchcraft in the comics. And in the source material she played a pivotal role when Wanda birthed Tommy and Billy, who in reality were constructs made from two fragments of Mephisto’s soul.

Unlike the almost benevolent role she played in the comics, it seems that the MCU version of Agatha has some grand malicious plan up her sleeve for Wanda, which we’ll no doubt find by the time WandaVision concludes. Let’s not forget that there also exists the possibility that Agatha maybe just another minion carrying out the bidding of a much powerful evil entity…Mephisto perhaps?

2. What was that creepy looking book in Agnes’ basement? 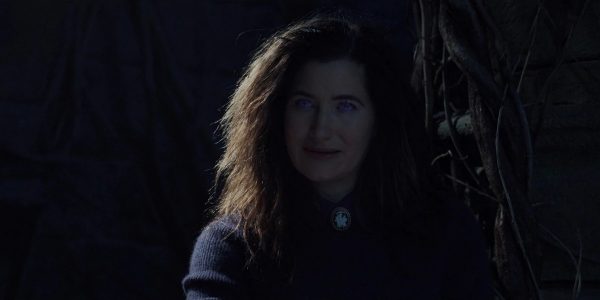 When Wanda goes in search of the missing twins and descends into Agnes’ ill-lit basement, one of the objects that caught her eye was a grotesque looking ancient book, wreathed in a menacing shimmer. Well, there is a very high chance that this is none other than the ancient book of spells called The Darkhold.

Transcribed billions of years ago by the evil Elder god Chthon, the text is also known as The Book of Sins and The Shiatra Book of the Damned. This esoteric item has popped up from time to time throughout the publishing history of Marvel Comics, turning up in the possession of Mephisto, Morgan Le Fey, Doctor Doom and even Baron Zemo. The Darkhold’s pages contain a number of black-magic spells, however, all who read it inevitably get corrupted, loosing their souls and become possessed by Chthon.

In television this unholy tome has made several appearances in Marvel’s Agents of S.H.I.E.L.D. as well as the ill-fated Runaways TV series. In the comics Agatha Harkness never interacted directly with the Darkhold, so it’s still rather difficult to say what she intends to do with it in WandaVision.

The other possibility is that the uber-creepy book could be the Necronomicon. Created in the 8th Century by Abdul Alhazred the Mad Arab, this ancient text was derived from a small part of lore based on the Darkhold itself. Banned for centuries whilst thriving in its infamy, the atavistic tome was shunned by Wanda as an abomination in the comics, who mistakenly assumed that all copies of it were destroyed. However, what appeared to be Agatha Harkness at the time, insisted that the Necronomicon maybe useful in dealing with Wanda’s “Demon problems”.

3. What does the Nexus commercial really mean? 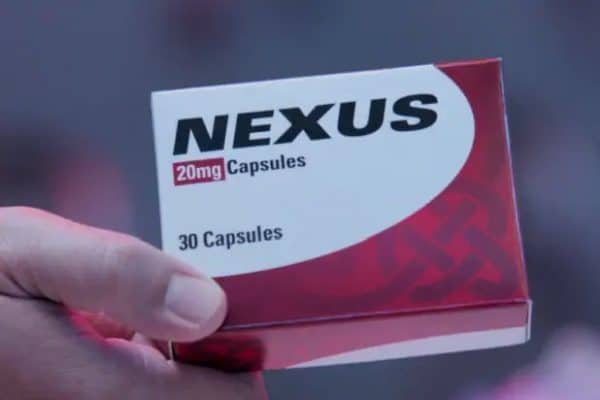 The fourth-wall breaking commercial centrally featured in this episode’s WandaVision was for a fictional antidepressant called ‘Nexus’. Now obviously, knowing Marvel’s penchant for dropping hints and references to their future plans, it’d be wise to sorta dig in to this clue a little bit more.

One possibility is that they could be referring to the Nexus of All Realities. In the Marvel comics, the Nexus or the Nexus of All Realities is a dimensional gateway of crossroads providing the means of accessing any and all possible realities in existence. Its origin is, as of yet, unknown but what is known is that it is one location in the entire multiverse where all realities intersect naturally. Let that sentence sink in, nice and slow. Now cast your mind to the official title of Doctor Strange 2. I don’t think it’s called Doctor Strange in the Multiverse of Madness for no reason, and it seems the Nexus will factor in to the aforementioned film in one way or the other. But the question is, could Westview itself be the Nexus? I mean if the place in question was chosen by Wanda herself, there’s got to be a reason why she chose it in the first place, right?

The other probability is that the showmaker’s could be trying to hint of Wanda’s connection to the Nexus Beings in the source material. Along with the likes of Jean Grey, Franklin Richards and Kang, Wanda is one of few who have the ability to twist the fabric of reality as they see fit. And this makes her a very powerful and potentially dangerous superpowered being. Which is why the activities of the Nexus Beings are closely monitored by the Time Variance Authority – yes, the very same TVA set to appear in the Loki TV show. And with Kang the Conqueror also in line to make his big screen debut in Ant-Man and The Wasp: Quantumania it’s safe to assume that WandaVision’s DNA will be heavily embedded to the next slate of MCU films. 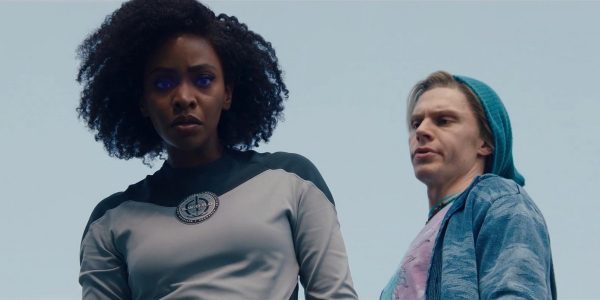 Monica’s inevitable transformation was heavily hinted at in the previous episode of WandaVision, with Darcy stating that Monica has been ‘rewritten on a molecular level’ since she entered the Westview anomaly twice. In this episode however, we see the character’s full-blown transformation to her alter-ego Spectrum. Her powers include her ability to transform herself into any form of energy within the electromagnetic spectrum. Because of this she can render herself invisible and intangible in many of her energy forms, and is capable of flight as well. In the comics she was a member of the Avengers and at one point even replaced Wasp, as the leader of the Avengers. However, what remains to be seen is what kind of important role Monica Rambeau will play in the events of the Marvel Cinematic Universe going forward. Only time will tell.