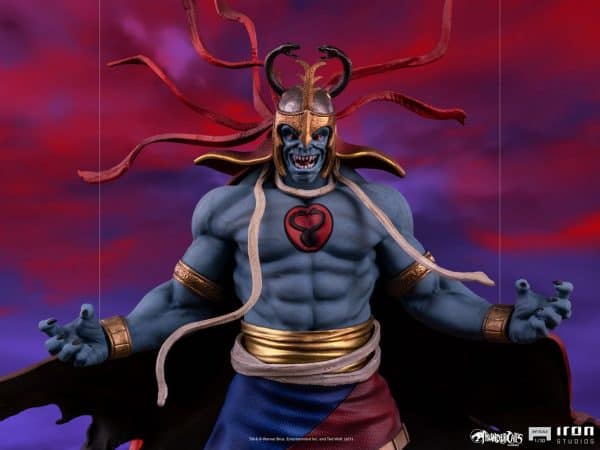 Sideshow and Iron Studios have unveiled a limited edition, hand-painted 1:10 scale Mumm-Ra statue which is inspired by the likeness of iconic villain from the classic 1980’s animated series ThunderCats. The collectible is available to pre-order now, priced at $240; check it out here… 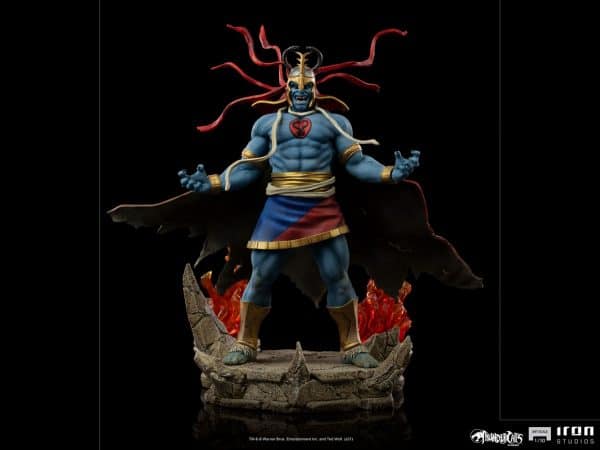 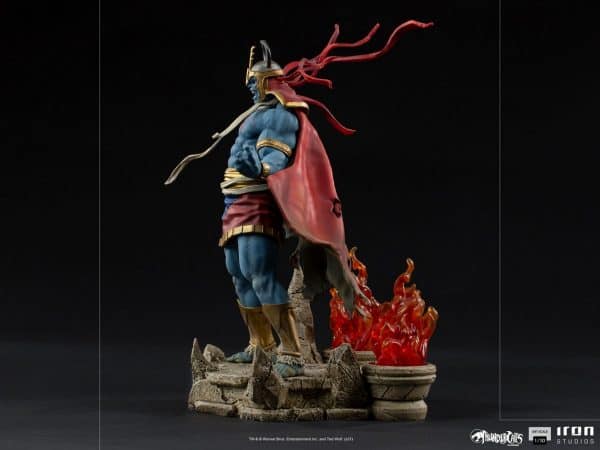 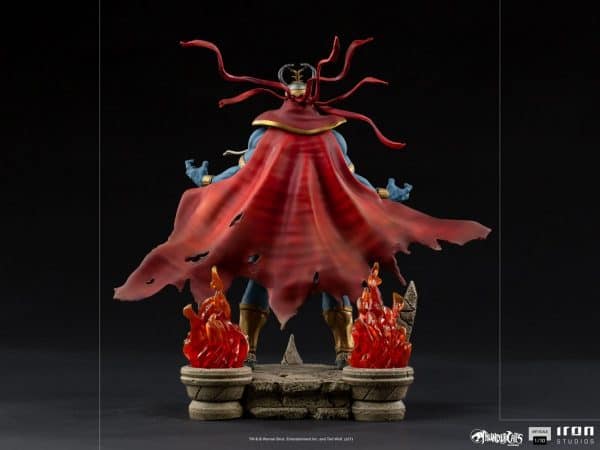 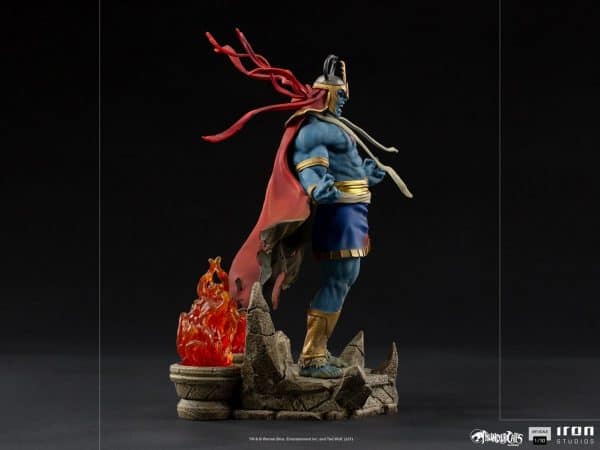 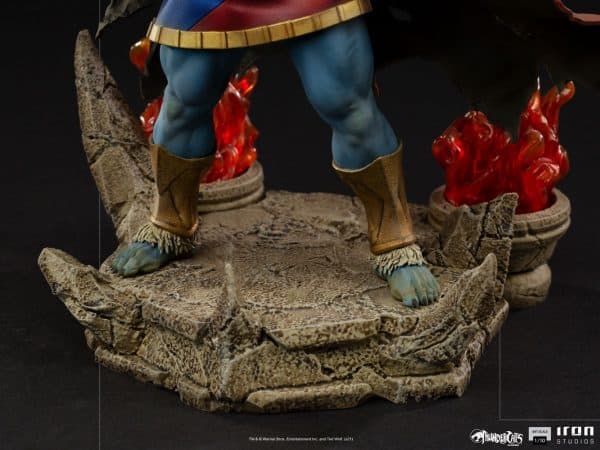 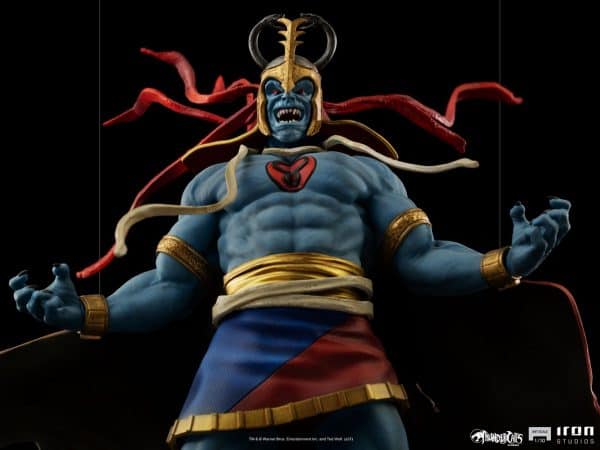 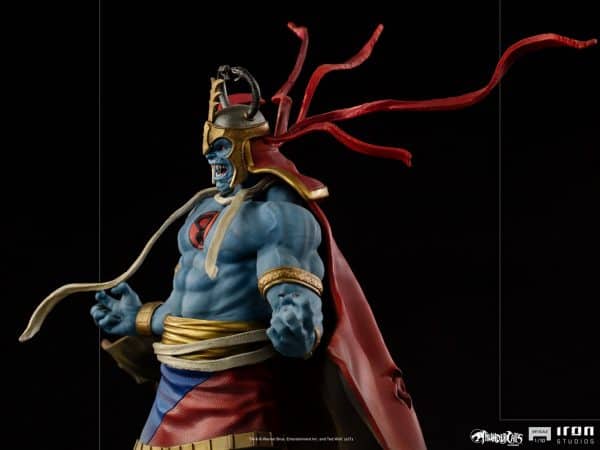 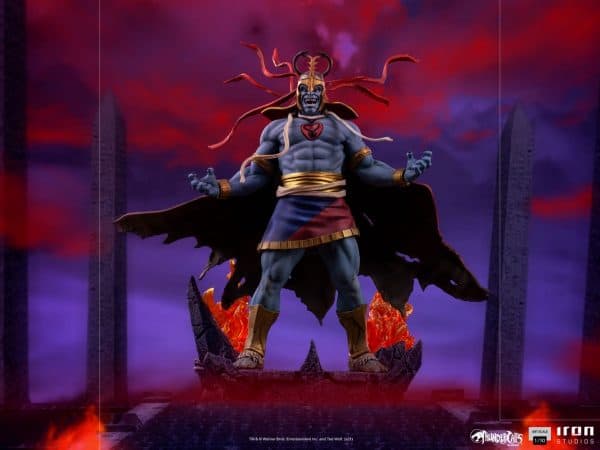 From the darkest corners of the planet called the Third World, Iron Studios proudly presents the ThunderCats’ greatest archenemy, the evil sorcerer Mumm-Ra, the Eternal Being, with his powerful muscles, on a base in the shape of an altar, referring to the interior of his Black Pyramid, amid the ruins of what appears to be an ancient civilization with Egyptian characteristics. In his primary form, the villain has the fragile appearance of an undead and mummified elder, but by invoking the power of his masters, four divine and evil entities known as the “Ancient Spirits of Evil”, the bands that cover his body are completely torn, and he changes his shape, making him, who previously had a decadent appearance, become the king of eternal life, a muscular, blue-gray giant with the appearance of an ancient pharaoh, with an adorned helmet and a symbol on his chest, in the form of two connected black snakes.

Having mystical powers linked to witchcraft and an apparently unlimited life span, Mumm-Ra in this form, has super strength, can cast spells, can also cast bundles of energy from his fingers, and can fly and change shape, but he also has a unique weakness: when he sees his ghastly reflection, his ability to remain outside his Black Pyramid is neutralized and this forces him to return to the Pyramid as a mummy. The villain’s name is inspired by the words “Mummia Raa”, which means Mummy of Evil or Mummy Evil in Hebrew.

Developed by Rankin / Bass, based on the characters created by Tobin “Ted” Wolf, ThunderCats was one of the most successful animation series in the 1980s, with three seasons totaling 130 episodes. The series presents the adventures of a group of humanoid felines, survivors of the planet Thundera, on a new planet where they face several threats and their greatest enemy, Mumm-Ra, who wishes to possess the “Eye of Thundera”, a gem of power, to expand his strength and dominance.