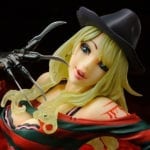 The iconic movie slasher Freddy Krueger is getting a radical new interpretation as part of Kotobukiya’s Bishoujo Series with a new collectible statue set for release in Q3 2019; the statue is available to pre-order now from Sideshow Collectibles, priced $74.99; check out the official promotional images here… SEE ALSO: Harley Quinn and Wonder Girl join […] 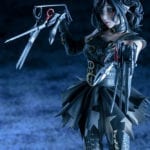 Following on from its reinterpretation of Freddy Krueger, Kotobukiya has now released a batch of promotional images for its Edward Scissorhands Bishoujo Series collectible statue, which is available to pre-order now via Sideshow for $89.99 ahead of its release next month. Take a look at the images here… Kotobukiya brings a bold new direction to […]