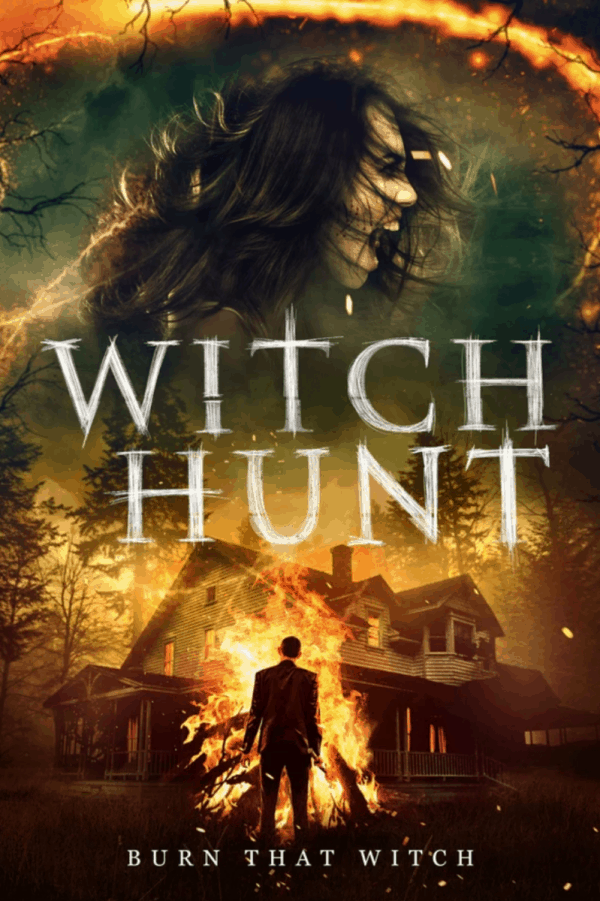 In a modern America where witches are real and witchcraft is illegal, a sheltered teenager must face her own demons and prejudices as she helps two young witches avoid law enforcement and cross the southern border to asylum in Mexico. 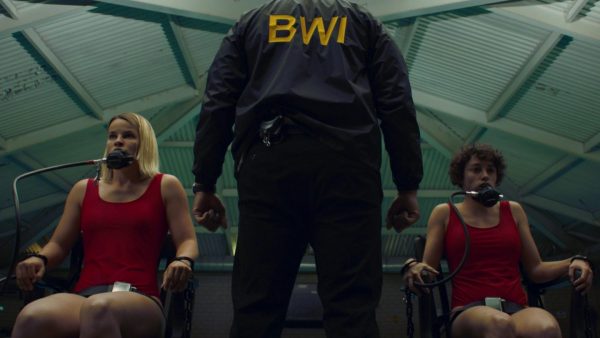 Though the last decade-plus has seen vampire and zombie movies enjoy potent revisionist movements, witches are sadly still waiting for their own cinematic rejuvenation. Last year Robert Zemeckis’ The Witches came and went without a peep, and the sequel-reboot project The Craft: Legacy landed with a dull thud, yet writer-director Elle Callahan’s (Head Count) new film Witch Hunt offers up a compellingly provocative spin on moldy, well-trod genre tropes.

Callahan’s film takes place in a dystopian alternate America where witches are real and legislation has made witchcraft illegal. Teenager Claire (Gideon Adlon) lives with her mother Martha (Elizabeth Mitchell) in California, where they help smuggle witches across the Mexican border. Their newest intakes are a pair of young girls, Fiona (Abigail Cowen) and Shae (Echo Campbell), whose mother was burned at the stake years prior, and who invite the advances of law enforcement.

Right from the jump, there’s an appealing groundedness to this witchy romp, which feels rooted in our own distinct reality while also touting its own clearly defined mythology. The America here is recognisable but heightened; dashcam footage shows cops shooting witches with salt rather than Black people with lead, politicians are trying to pass legislation to lock up the children of witches, and propaganda tells the masses they’re nothing but criminals. Mexico grants witches asylum, causing the U.S. to line the border wall with what witches hate most – salt.

Witch Hunt shrewdly if unsubtly invokes a ton of imagery both current and historical intended to draw emotional responses from viewers; the paranoia felt by the witches is obviously analogous to that felt by illegal immigrants, non-white people, and women in everyday life.

When a Black man helps smuggle a witch to Mexico, it conjures thoughts of the underground railroad, and when young women are subjected to extensive physical examinations by the state and witches have to be hidden within the walls of Claire’s home, it suggests the Holocaust.

More pointedly to historical witch hunts, women are also invited to submit to a “sink test,” where they’re dunked in a swimming pool to test their ability to float to the surface, as unsurprisingly has disastrous results. But Callahan doesn’t rely solely on past touchstones, delivering a wealth of well-thought-out lore all her own; suited-up government agents pursue witches doggedly with special compasses which detect changes in atmospheric pressure.

The feminist tradition of witch cinema remains alive, then; pleasant men are in desperately short supply throughout Witch Hunt, a product of a society that tells boys – including Claire’s own younger twin brothers (Nicholas and Cameron Crovetti) – to fear and hate women, while encouraging women themselves to sneer at their own gender with distrust.

This all amounts to a killer setup with enormous potential, though it does have to be said that by the end of act one things settle into a more conventional mode. Stock genre elements abound in droves; goofy nightmare sequences rife with on-the-nose symbolism, supernatural boogeyfolk, a few search engine montages too many, and a multitude of irritating jump-scares.

By the time Claire herself is receiving ghostly messages, it’s clear something is being telegraphed; one can scarcely call the outcome a reveal, though, when it’s foreshadowed with the delicacy of a brick to the face. That the shoe only truly drops in the final scenes of the film, forcing characters to race through emotional scenes ahead of an abrupt ending, may leave some feeling unsatisfied. 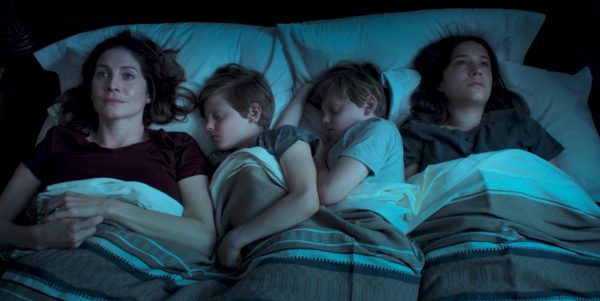 And while Witch Hunt is never as good as its outstanding first reel, it is never less than solidly watchable thanks largely to the switched-on performances of the cast. Adlon, who ironically also appeared in The Craft: Legacy, brings frazzled nuance to Claire, both as a young woman still figuring out her sense of self and someone sifting through the prejudices instilled in her by society.

Elizabeth Mitchell is typically strong as Martha, while Cowen and Campbell are perfect as the sibling witch duo, Cowen in particular shouldering much of the film’s emotional burden as the tortured older sister. Christian Camargo brings suitable menace to primary witch-hunter antagonist Hawthorne even if as written he’s not much of a character – perhaps an intentional flourish, mind – and scream queen Ashley Bell pops up for an entertaining cameo as another witch who is briefly hidden by Martha and Claire.

Though there’s clearly not a huge budget to go around here – especially where visual effects are concerned – Callahan makes the most of the resources available, exploiting the Southern California setting for every picturesque shot, Nico Aguilar and Tommy Oceanak’s dusky cinematography lending a fair western vibe. A sinister folksy score from Canadian trio Blitz//Berlin also bolsters the tone nicely.

If it had the follow-through from its early brilliance, this could’ve been a radical entry into the subgenre, and while ultimately falling a little short, it’s still one of the most memorable and creative entries into witching cinema in quite some time. Witch Hunt slips into a more formulaic rhythm after a barnstorming setup, but tackles unsubtle social ills with appropriate sledgehammer force.