The series, which is based on Neil Gaiman’s 2001 novel of the same name, followed the gods of the old world struggling and fighting to survive in the world of today where the new gods of technology, television, money and others gain more power. Leading the series was Ricky Whittle as Shadow Moon and Ian McShane as Mr. Wednesday as the pair travelled across America searching for allies among the old gods.

The series ran for three seasons on Starz with the third season finale having aired last week, but though it has officially been cancelled The Hollywood Reporter has said Starz and producer Fremantle are in talks to wrap-up American Gods with a potential event series or movie to give it and fans proper closure.

“American Gods will not return for a fourth season. Everyone at Starz is grateful to the dedicated cast and crew, and our partners at Fremantle who brought author and executive producer Neil Gaiman’s ever-relevant story to life that speaks to the cultural climate of our country,” Starz said.

American Gods was the subject of many problems behind-the-scenes as Starz fired the series’ original showrunners Bryan Fuller and Michael Green, even after they wrote most of the scripts for season two, and hired Jesse Alexander for season two only to fire him afterwards as well amid conflicts between him and Fremantle. Fuller and Green’s exit led to the departure of stars Gillian Anderson and Kristin Chenoweth from the series. Another star would eventually leave the show as Orlando Jones made allegations against the third season showrunner Charles Eglee of racial discrimination, saying he was fired because his character’s Mr. Nancy’s angry attitude was “the wrong message for black America.” 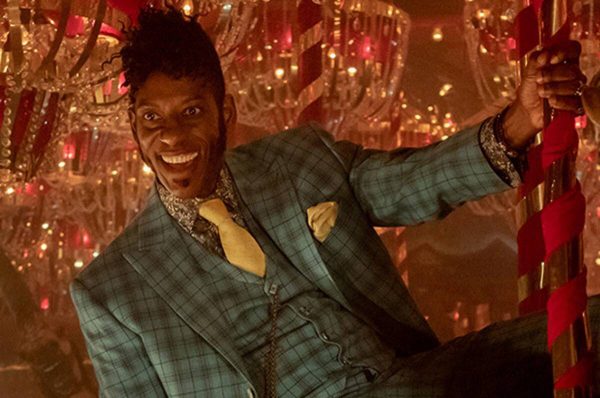 Are you upset at Americans Gods cancellation? Would you like it back for a final event series or movie? What do you make of the latest behind-the-scenes decision? Let us know on our social channels at @flickeringmyth…