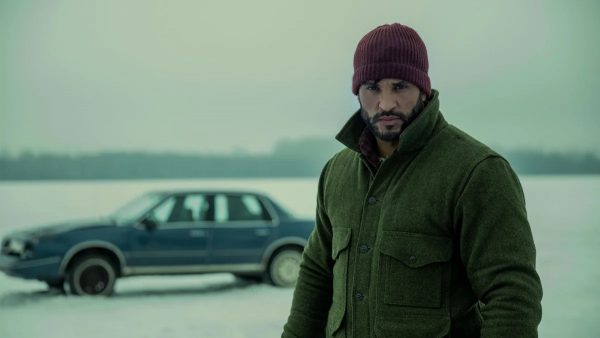 This feels like a reckoning. A coalition of opposing forces gathered en mass for the sole execution of one singular purpose. Retribution brought forth by eternal deities and rained down upon one specific individual. Scavengers are closing in ready to extol a price upon one God in particular. That he seems more concerned with continuing his recruitment drive, even while his list of allies grows thin seems of little concern.

With verbal, visual and digital contracts being drawn up, sworn by and sealed in blood things do appear dicey for Odin. Following a trail of disembowelled corpses, flaming cadavers and cleaver wheedling butcher boys, American Gods embraces the abstract with gusto. Sub-plots, segues and hot tub liaisons distract from tribal awakenings and glacial fever dreams. Blood pacts, ancient alliances and momentary flashbacks are all weaved into a story which appears to keep growing in breadth. 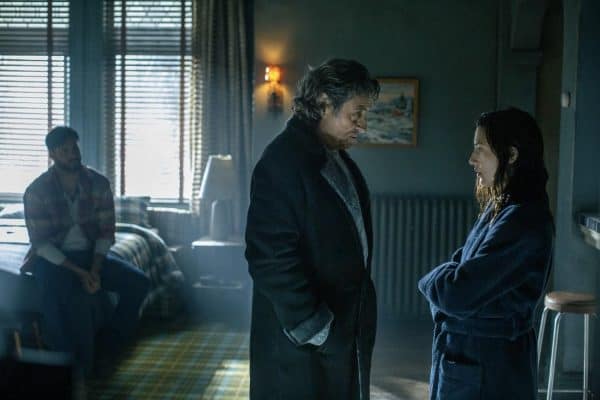 Ian McShane feels more and more like the driving force behind this show. Being both rebel rouser and curmudgeonly malcontent, gives him the best of both worlds. Never wholly satisfied with progress, he is not beyond stirring the pot and finding out what floats to the surface. Cordelia, Shadow Moon and to a lesser extent Laura, are mere players in a world of Odin’s creation. Only Bilquis feels independent, self-sufficient and beyond the clammy reach of this grand inquisitor.

Yetide Badaki lives and breathes this urban Goddess, making any other wannabe challengers superfluous in comparison. For some time now she has played both sides of the coin, making bargains and trading with an intangible currency. With the release of Bilquis from the bonds of mortal expectations, she has been charged with a higher calling that potentially opens up a season four salvo. It may have occurred under the auspices of a birthday celebration, but nonetheless foundations have been laid for future endeavours. 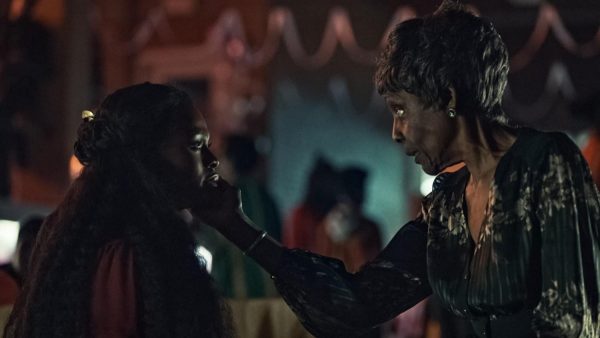 Beyond those revelations and some digressions into the realm of Danny Trejo’s Mr. World, season three is being suitably abstract. Mr. Ibis offers up another silky intermission showcasing the slick production design, while events move one step closer to confrontation. Audiences still here from season one will recognise a certain sense of continuity. American Gods still trades in originality, offers up a little social commentary and revels in celebrating the eternal in us all. However, for those new to the show who decide unwisely to join at this point, it might be worth seeking some context from seasons one and two. If only to ensure everyone is on the same page.