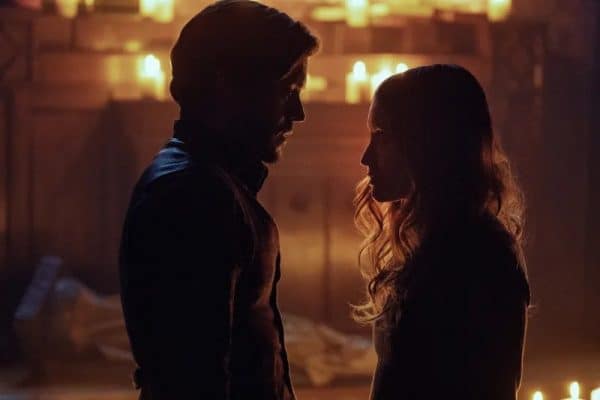 Lakeside sacrifice, gold coin reincarnation and tenuous peace talks lay the groundwork for this penultimate episode. A convergence of opposing ideologies is imminent as new and old are drawn together out of necessity. Political pacts might be mooted, ceasefires negotiated and blood oaths sworn but some beings are not for budging. ‘The Lake Effect’ feels like a culmination rather than continuation, as Wednesday and Cordelia continue trying to gather converts to the cause.

Ian McShane resembles a dead deity walking, as forces gather on all sides seeking his demise. Laura possesses a modicum of Irish luck and a bloody big spear. Whereas Mr. World feels that obsolescence is inevitable for an ancient doctrine, which has long outworn its welcome. Sitting somewhere between them is Shadow Moon, currently holed up in Lake View where festivities are being arranged. 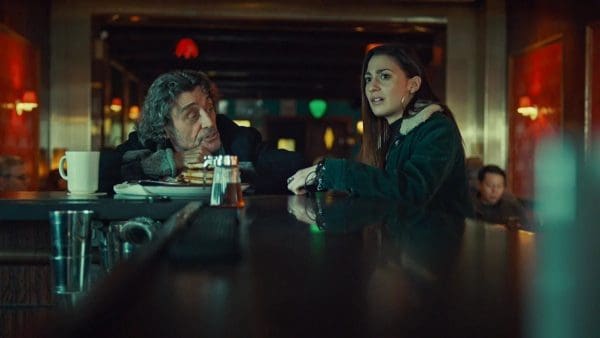 This murder mystery hybrid with road trip hat tips is like a shark, in that it continually needs to maintain momentum or die. Episode nine is more fragmentary than usual reintroducing old acquaintances, doubling down on the vendetta vibe yet failing to deliver. There is far too much navel gazing going on between Shadow and Margarite, while digression between Wednesday and Czernobog also feel superfluous.

Up to this point Peter Stormare has been a force of nature in the role, but beyond tossing his orb about he has very little to do. Similarly, Cordelia is treading water and tapping her foot while Wednesday offers up minimal morsels of wisdom. It feels as if there is something missing which would have tied the room together. Although it possesses all the requisite whistle and bells associated with this series, not a great deal happens. Even that big reveal in the final ten minutes feels somewhat underwhelming, for reasons it is difficult to explain. Visually there are flashes of invention which go some way to clarifying certain narrative strands, but overall events lack resonance. 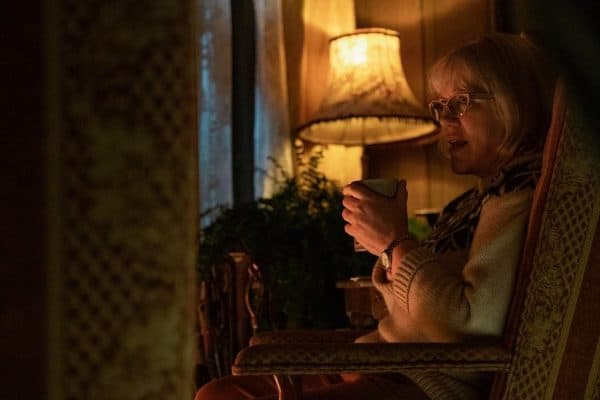 At this point it’s fair to say that Pablo Schreiber is sorely missed. As Mad Sweeney he brought a certain degree of fire and brimstone to proceedings, not to mention barrels of roguish charm into the bargain. His absence from the narrative, but presence as a cadaver, has only underlined that fact. Minimal amounts of Mr Ibis and no sign of Mr. Nancy have also been felt throughout, while new cast members rarely get enough time on the playing field to make an impression.

There is already talk of a season four and an endgame episode guaranteed to please. What audience members will be counting on now, is a sense of cohesion rather than more cliff hangers. That American Gods has the capacity to run for five seasons suggests such things are unlikely. At best, viewers can only hope for a sense of closure rather than clarity, as this show relies upon ambiguous to keep the narrative lights on. Anything beyond that would be a bonus.