Dynamite has announced that its apocalyptic crossover saga rises from the grave this summer with a groovy guest star as Evil Dead hero Ash joins the fun for the second chapter in Die!namite Lives!. 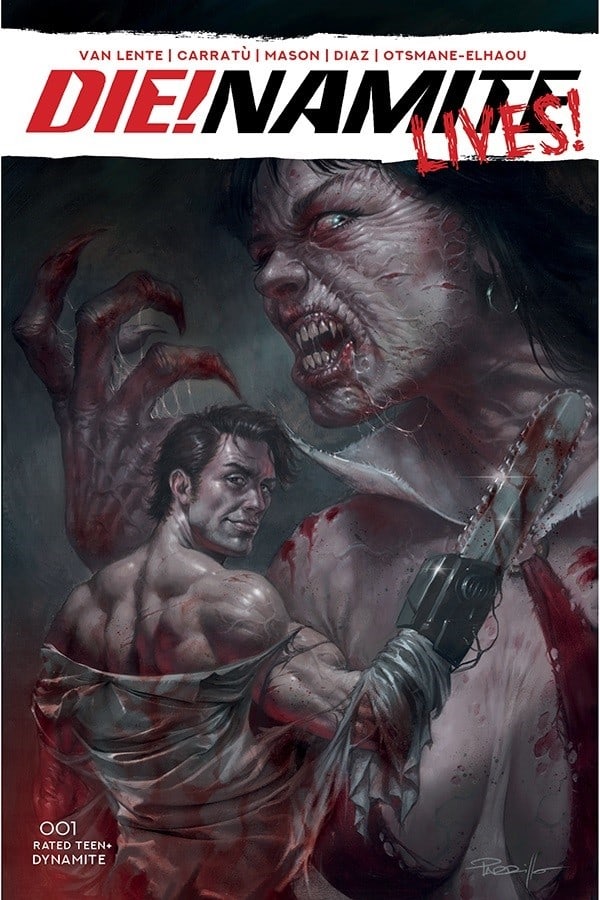 “The first series had a kind of Night of the Living Dead feel, with small groups of characters in isolated locations, trying to prevent the zombie outbreak,” said Fred Van Lente (Marvel Zombies). “Here, we open the world up a lot more with a World War Z kind of epic scope, as that outbreak begins to sweep the globe and consume it. Battles between armies of living versus armies of the dead, armies of different dead fighting each other. Assuming the artistic team doesn’t murder me beforehand, I am excited to see what the fans think!” 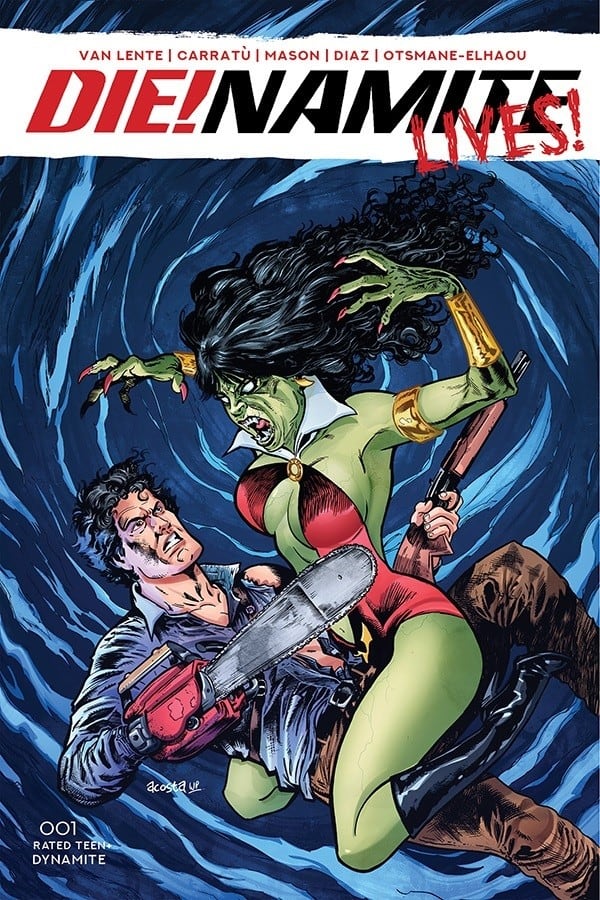 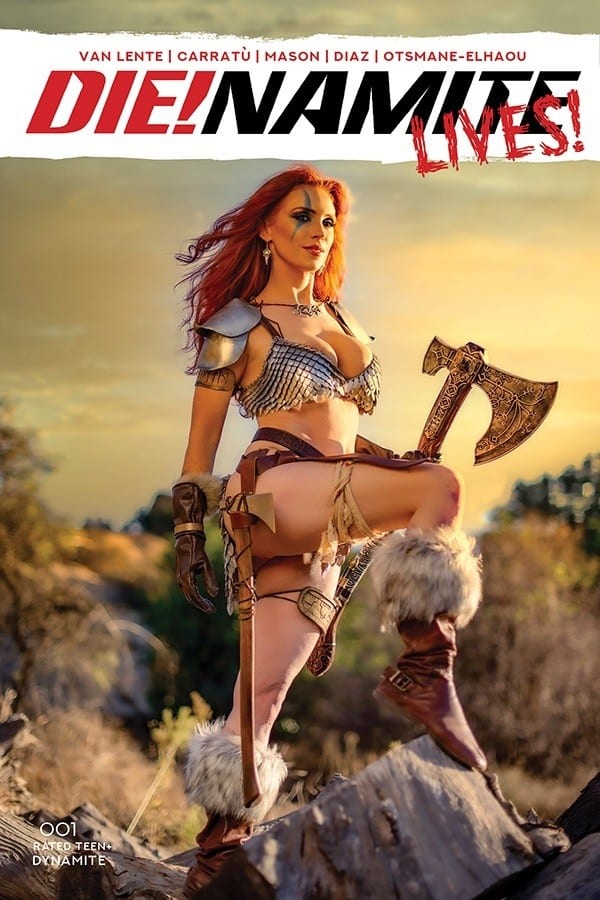 Without spoiling things too much, the original DIE!namite series had some jaw-dropping moments that will forever shape this world already contending with a never-ending zombie horde. Picking right up where things left off, Vampirella, Miss Fury, and the survivors of Project Superpowers must turn to the exciting new character addition to this series – Ashley Freaking Williams! But does the legendary Deadite hunter have any interest in lifting a finger to help? And what became of Red Sonja..?

Die!namite Lives! #1 will go on sale in June, along with the trade paperback collection of the first Die!namite.