Marvel Comics is set to launch a brand new comic book series set in the world of Ridley Scott’s Alien this month, and you can get a sneak peek at the first issue here with an unlettered preview… 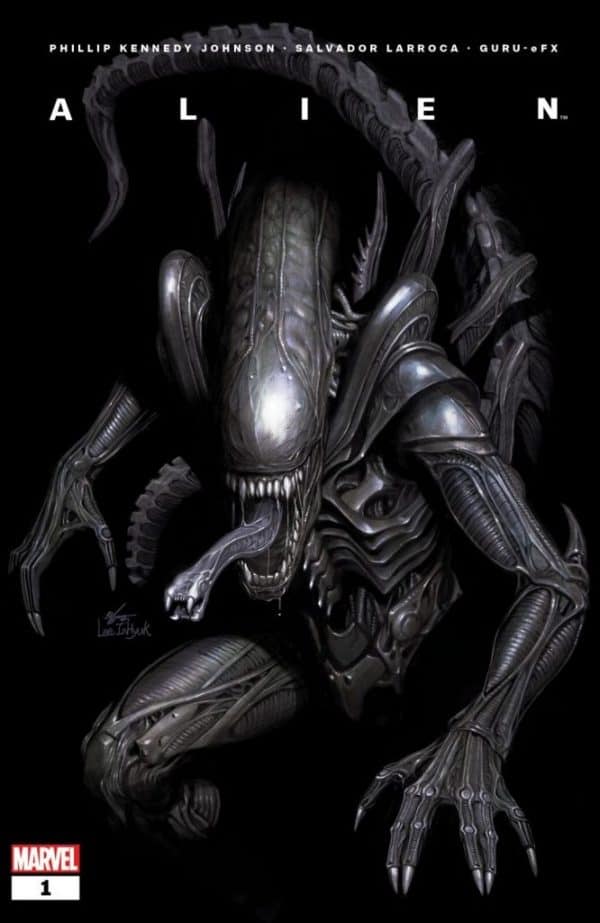 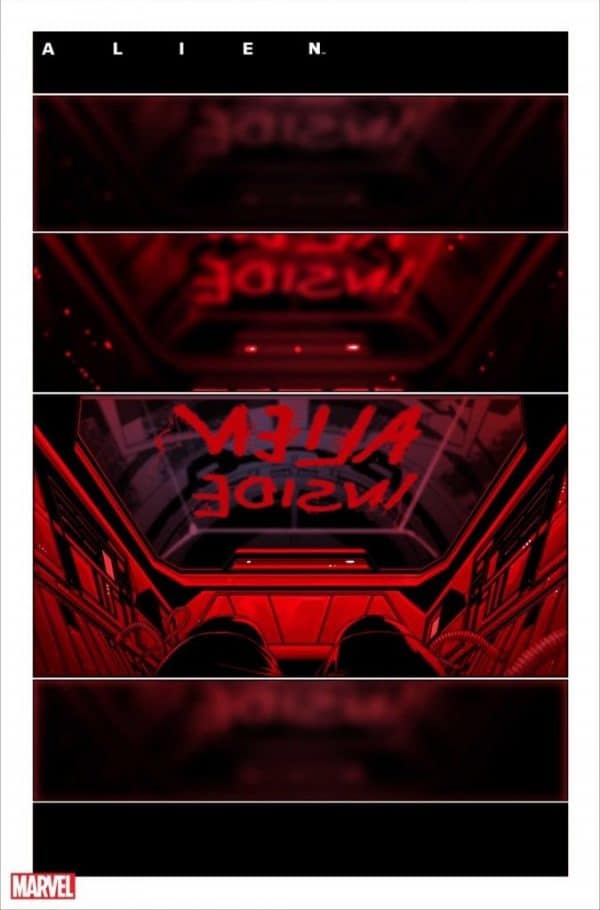 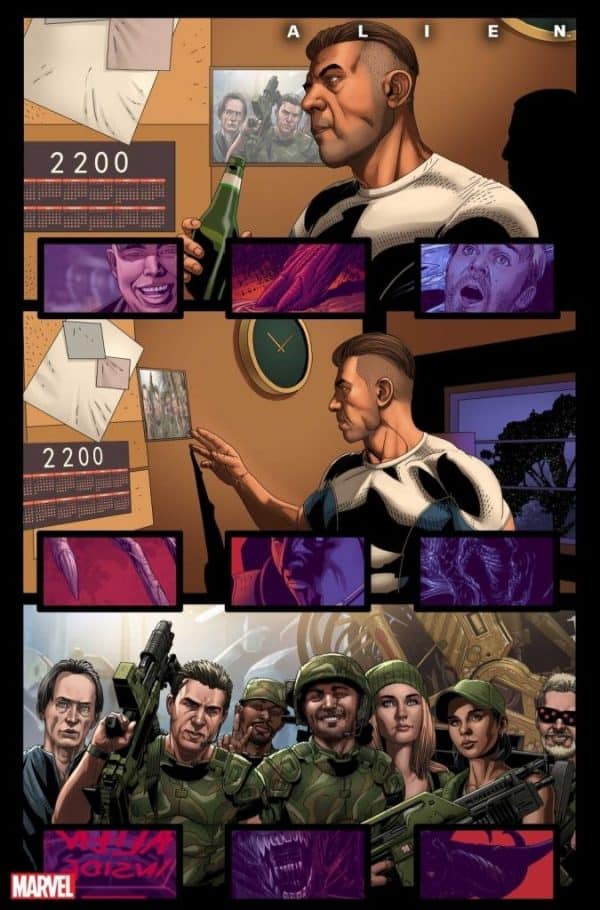 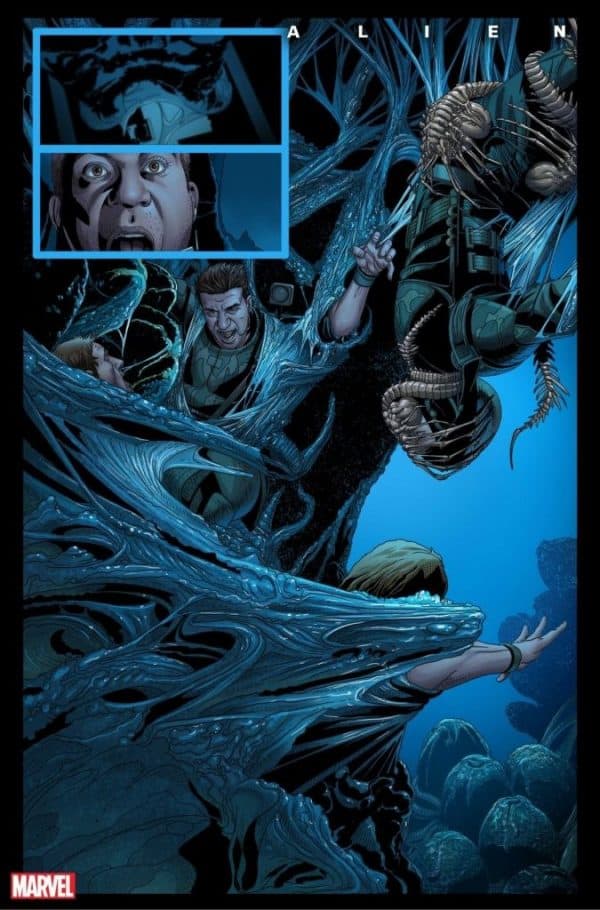 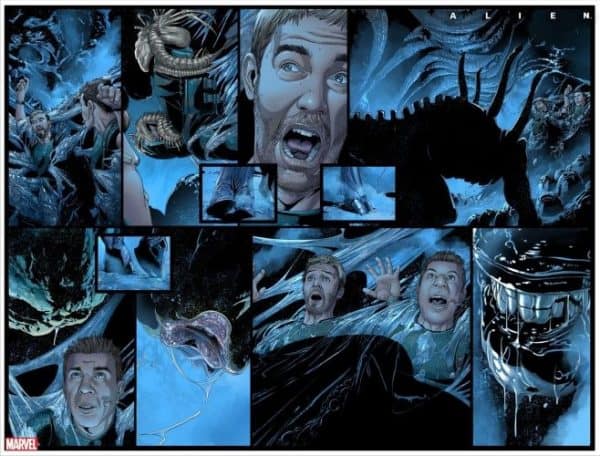 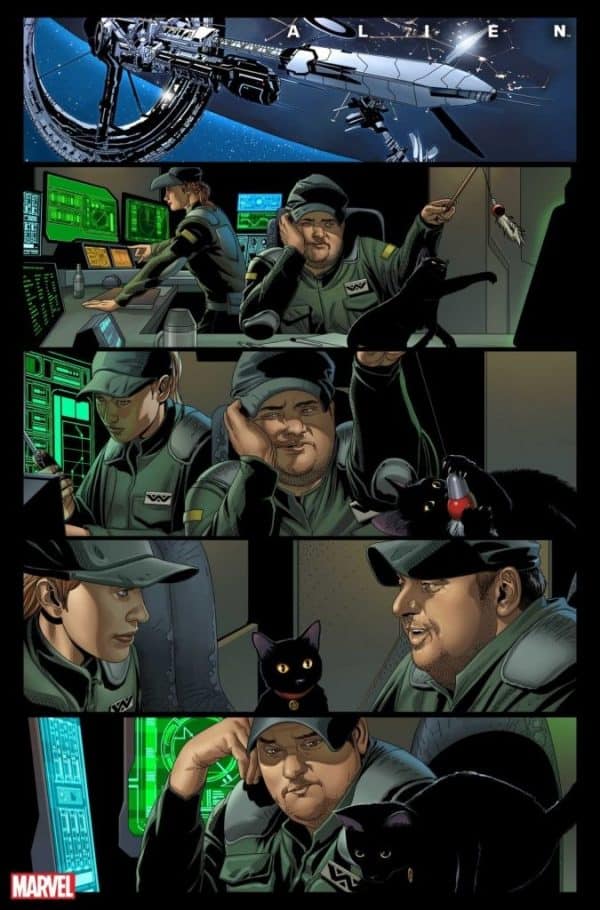 The new series will introduce readers to Gabriel Cruz who years ago almost literally gave his life to Weyland-Yutani when he barely survived an alien attack. Recently retired, Cruz is trying to patch things up with his abandoned son with the help of his friend, a Bishop-model android, but his re-entry into civilian life is not going smoothly…and his encounters with the deadly Xenomorph are far from over. No one is safe. No one is innocent. And no one can hear you scream.