Martin Carr reviews season 2 of Hulu’s Into The Dark… 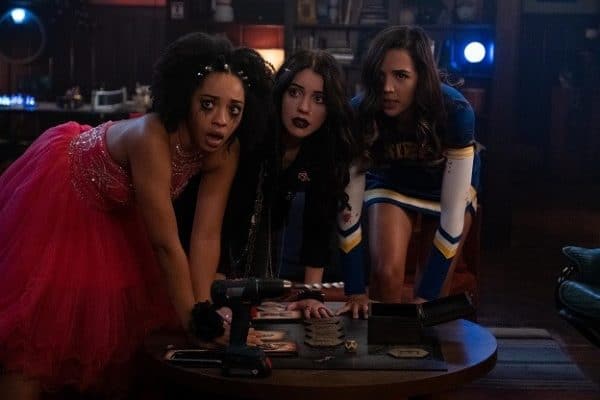 Most horror anthologies are two a penny these days. They take a tired and tested approach to content, which is both overly familiar and closer to caricature than pastiche. Hulu, who are the network behind Into The Dark, have done their best to deviate from this deeply furrowed path with varying degrees of success.

The Books of Blood, adapted from Clive Barker’s horror classic, was turned into a film which had its moments but was ultimately patchy and fell short of expectations. Monsterland on the other hand, felt grounded and starkly realistic in comparison. Deeply disturbing in its matter of fact approach, it represented a high water mark that drew horror through character and emotional investment. This latest effort which heads Into The Dark feels like a hybrid, mixing schlock horror elements and touchstone moments of genuine pathos. 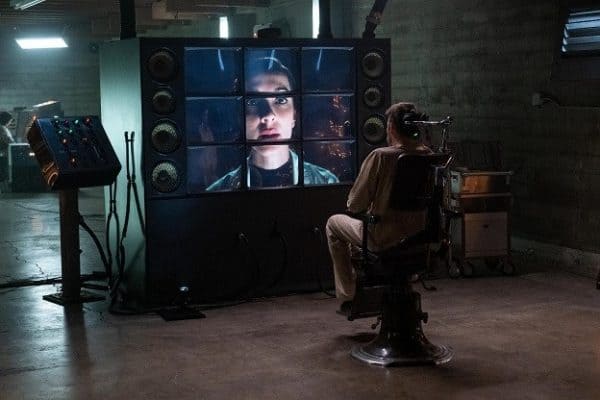 Uncanny Annie is the opener which taps into recognised genre tropes, whilst tipping a hat to mainstream movie classics. Teenagers with a history, ancient board games and fatal accidents all play their part in bringing this season two starter to life. Mischievous poltergeists, visitations from the grim reaper and B-movie fatalities are all present and correct. Secrets are revealed, screaming ensues and the stakes get perpetually ramped up. Effective as it may be in establishing intent, Uncanny Annie also brings nothing new to the table.

Thankfully, other entries in this second run are not only more inventive but feel refreshing in their originality. Highlights include The Current Occupant and Blood Moon, which closes out the season. These tap into prejudice, paranoia and urban myth in equal measure without once losing the audience. The former does pay homage to George Orwell’s 1984, centre on American political office and delve into human frailty, but does so from a different perspective. Blood Moon feels even more humane, despite the fact it blatantly explores horror movie staples and taps into our primal fears so effectively. 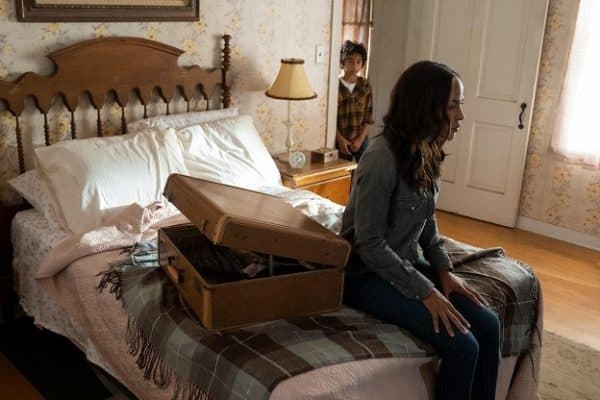 This final film is more concerned with maternal instincts than anything horrific. It centres on lunar cycles, steel cage building and small town mentalities. Prejudice, prying eyes and narrow mindedness are the real enemy here, as a mother just tries to look after her family. It is the domestic element which grounds this story, while flashback offers emotional context. Not only does it provide a different type of resolution when that comes, but also demonstrates that horror need not be horrific every time.

Into The Dark never attempts to cloak a horror anthology in social satire like Black Mirror, but nor does it go full on Creepshow or embrace The Twilight Zone. Ultimately this anthology series is very much its own animal, which successfully engages an audience who have almost reached saturation point. Not only that, but clocking in at ninety minutes a piece minimum, Into The Dark has ample time burrow under the skin of those who choose to tune in.

Seasons 1 & 2 of Into The Dark are available on Hulu now.