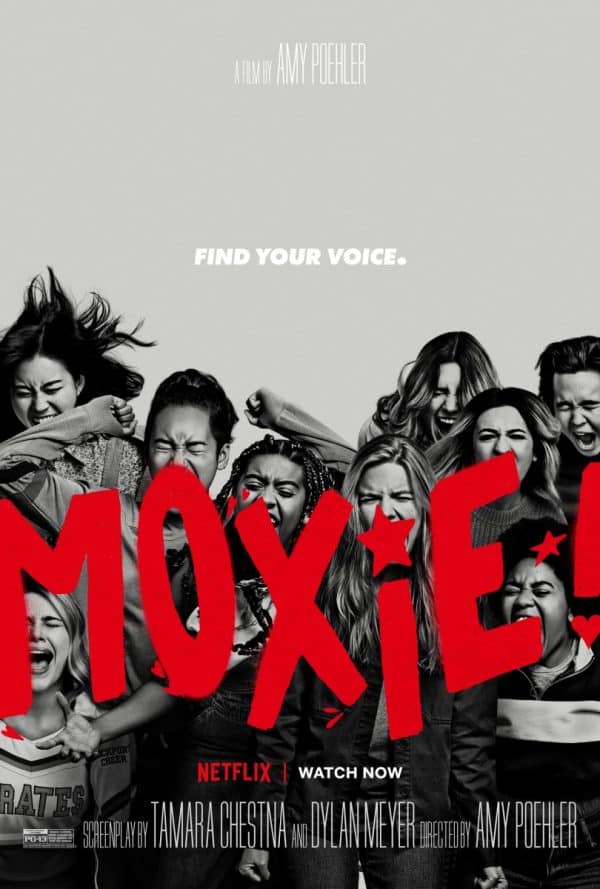 Shy teenager Vivian (Robinson), attends a high school where sexism and harassment run rampant. Inspired by the boldness of new girl Lucy (Pascual), and her mother’s (Poehler) rebellious youth, she starts a feminist magazine that challenges the status quo. 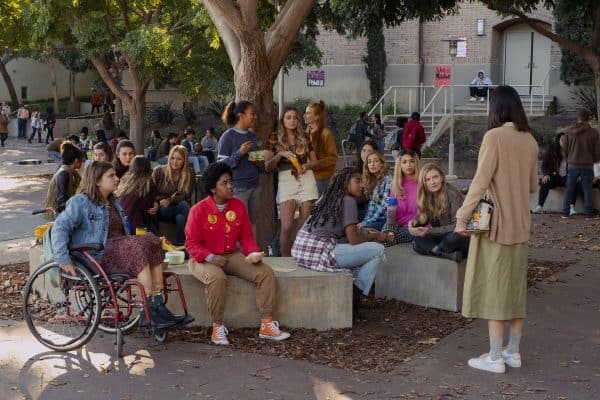 The film largely adheres to the well-trodden formula of the high school drama, but it uses this to centre the attention on both its message, and the strong, personable array of characters. Films with a feminist message are hardly new, but Moxie is refreshing in how wonderfully inclusive it is. Feminism isn’t shown just from the perspective of white women, but also includes issues faced by women of colour and trans women. When Vivian’s childhood friend Seth (Nico Hiraga) shows his support for their rebellion, it is welcomed with open arms. The film makes feminism an approachable and inclusive topic, showing that anyone can be a feminist, and that there is no one acceptable way of showing support.

Moxie is led by a colourful, eclectic bunch of women who, though they are all very different, rally behind a shared cause. Lucy, who has only just joined the school, is instantly admirable. Looking at the sexism that the other girls have simply accepted from the perspective of an outsider, she immediately realises that what is happening is wrong. She is bold and unafraid to stand up for herself, refusing to keep her head down to avoid attention. The film is driven entirely by the endearing cast performances and strong female characters like Lucy. We want to see them succeed at tipping the scales, and fixing the glaringly obvious power imbalance that makes their lives a misery. 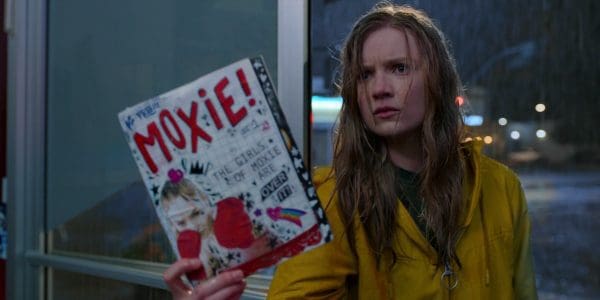 Moxie easily gets us on the side of the young women by making the offending men in the school absolutely horrendous. Their main adversary, Mitchell (Schwarzenegger), has all of the bad qualities you could imagine. Continuing the stereotype of the chauvinist Captain of the football team, he treats women as objects to be leered at and belittled. He and his friends even publish rankings of who has the ‘best rack’ or is ‘most bangable’. To top it all off, Mitchell is considered a role model by the school staff, who refuse to accept any wrongdoing on his part, and would rather downplay women’s complaints than have to fill out paperwork. Schwarzenegger is brilliant in that he is unafraid to push the boat out and make Mitchell utterly despicable in every way.

Vivian is inspired to start the Moxie magazine by looking through photos from her mother’s youth. Poehler’s character talks about her rebellious teenage years, and wanting to burn down the patriarchy, but little of that enthusiasm and toughness is present in her current self. We see very little of what Vivian is supposedly inspired by, and it feels as though Poehler’s talent is going to waste on a character that doesn’t live up to the role she is meant to have. This is especially disappointing in a film that runs on endearing performances. With a plot so familiar and predictable, the boldness and likeability of the characters is one of Moxie‘s most important features. While Poehler is perfectly bubbly, it’s a shame that we don’t see any of the fighting spirit she spent her youth cultivating. 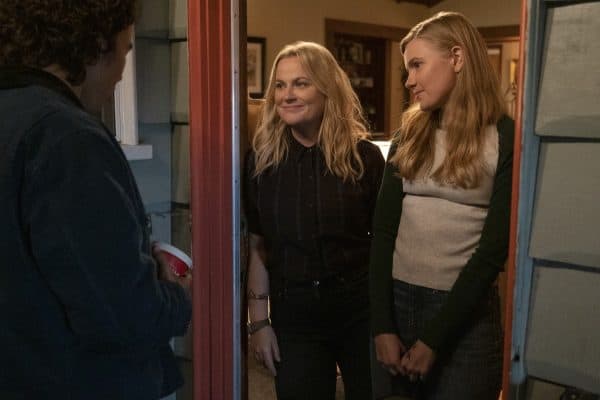 The film is ultimately a very formulaic high school drama that is predictable and doesn’t break any new ground. However, it deals with its subject matter very well, and presents a varied cast of characters that are easy to root for.

Lauren Miles is a freelance film and television journalist who loves all things gothic, fantasy and film noir. She has an MA in Multimedia Journalism, and is also a Halloween enthusiast and cat lady. You can find her on Twitter @Lauren_M1les.