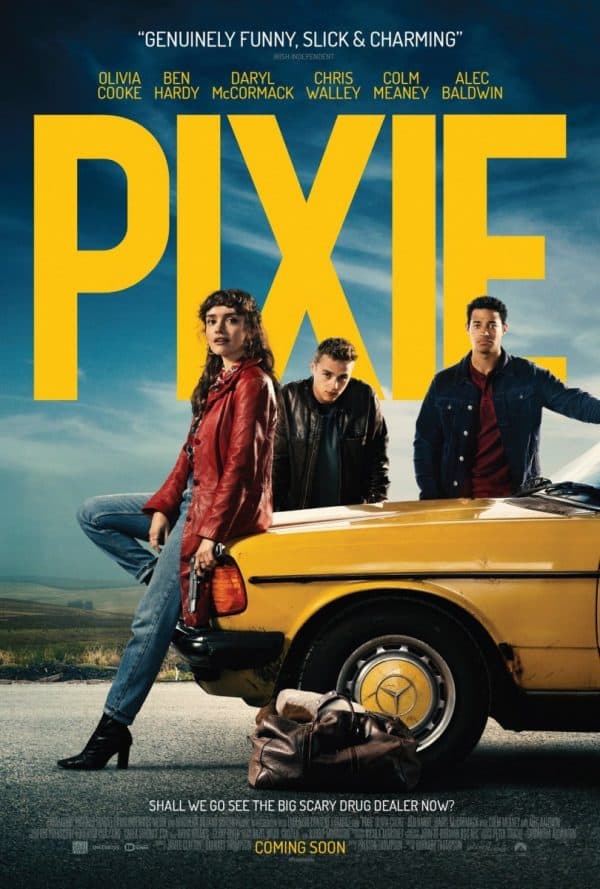 Pixie (Olivia Cooke) is living with gangsters, manipulating the affections of young men and dreaming of San Francisco without any hangers on. In this comedic cross-country caper, there is only ever going to be one woman who comes out on top. 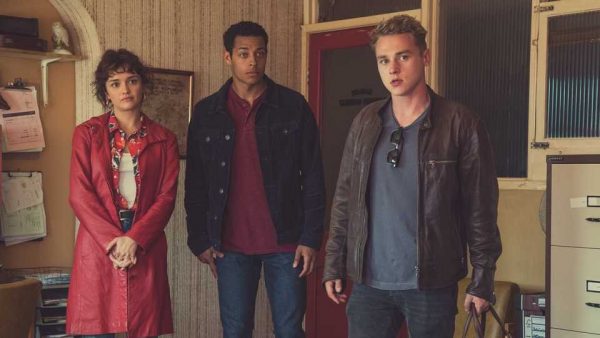 There is something reminiscent of Graham Linehan’s Father Ted in the construction of Barnaby Thompson’s Pixie. It has a certain off kilter perspective which is awkwardly comic, drawing humour from bullet wounds, dead bodies and the Catholic church. Opening on a mismatched pair of robbers looking to fleece some underhanded clergymen, events soon devolve into something altogether more endearing.

A common thread which links every misdemeanour is Pixie, played with savvy abandon by Olivia Cooke. Sassy, seductive and pursued by half the men in Sligo she is a mixture of femme fatale and criminal mastermind. Playing off the clueless duo of Harland and Frank, portrayed with gormless subtlety by Daryl McCormack and Ben Hardy, events move along at a clip. Much of the comedy comes from character as hapless villains, ill-prepared assassins and Nigella Lawson all feature in a film which is bags of fun.

Colm Meaney, Dylan Moran and Alec Baldwin are effective if fleeting in minor roles, leaving a strong impression but never slowing things down. Pixie, Harland and Frank hightail it across the Irish countryside, melding heist dynamics with road trip staples, as the net continues to close in around them. Dialogue is sharp, slick and peppered with caustic one liners only adding to the pleasure on offer from this mainstream genre mash up. 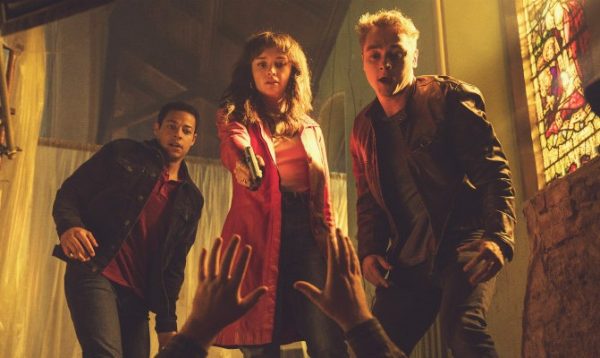 However, this structural homage to Butch Cassidy and The Sundance Kid rests squarely on the shoulders of our central protagonist. There can be no denying the presence and pre-possession that Olivia Cooke brings to this film, proving herself to be the smartest person in the room on every occasion. Pixie may be a small budget quasi-comedy hybrid with veteran A-listers in tow, but alongside Little Fish it showcases a unique talent.

By adapting her performance to the tonal shifts which make Pixie so effective, Olivia Cooke is able to imbue strength without resorting to caricature. Leaving the majority of her male pursuers behind, this film celebrates female strength of character in a society which has been slow in evolving beyond outmoded ideas of gender equality. Failing that, maybe Pixie is simply a crime caper with shades of slapstick, where the savvy come out on top. Either way it is guaranteed to leave audiences smiling, as these comedic creations come unstuck and get their comeuppance.