Publisher Elex and Skybound have announced that they are bringing a new strategy game to mobile gamers set in the world of The Walking Dead.  The Walking Dead: Survivors is a unique survival game featuring fan-favorite characters from the comics and is set to arrive this summer on Android and iOS devices.  The game is also available for pre-registration now. 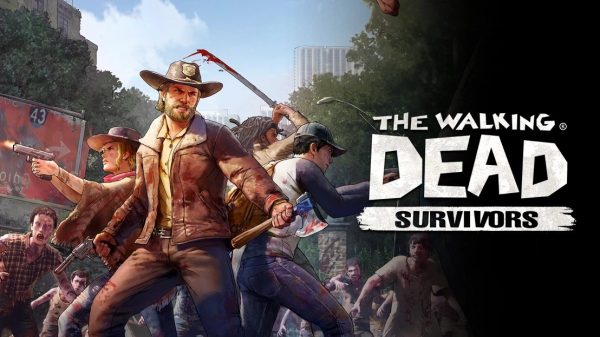 In The Walking Dead: Survivors gain characters from the comics and use their skills and abilities to build up a town into a fortress and create an army to defend it.  Characters such as Rick, Maya, Vayne, Glenn and Dwight will use their own attributes to help players survive in this post-apocalyptic world.

Each character is either a “Combat” and “Development” survivor, the former being responsible for taking part in battles while the latter will work on improving the town and ensure it’s fully protected.  Each fighter will either be Melee, Sharpshooters or Cavalry and will have ten tiers to upgrade which makes them stronger and characters can also be promoted in battle.

Players will use Developmental survivors to build and expand their bases, choose what structures to build and how they fortify fences from the hordes of walkers and other players.

The Walking Dead: Survivors is available for pre-registration now and will launch on iOS and Android this Summer.