A trailer, poster and images have arrived online for writer-director Charlie Steeds’ Blaxploitation-inspired splatter horror Death Ranch which follows three African American siblings on the run from the law, who soon discover that the abandoned ranch in which they’ve taken refuge is on the hunting grounds of a cannibalistic Ku Klux Klan cult. 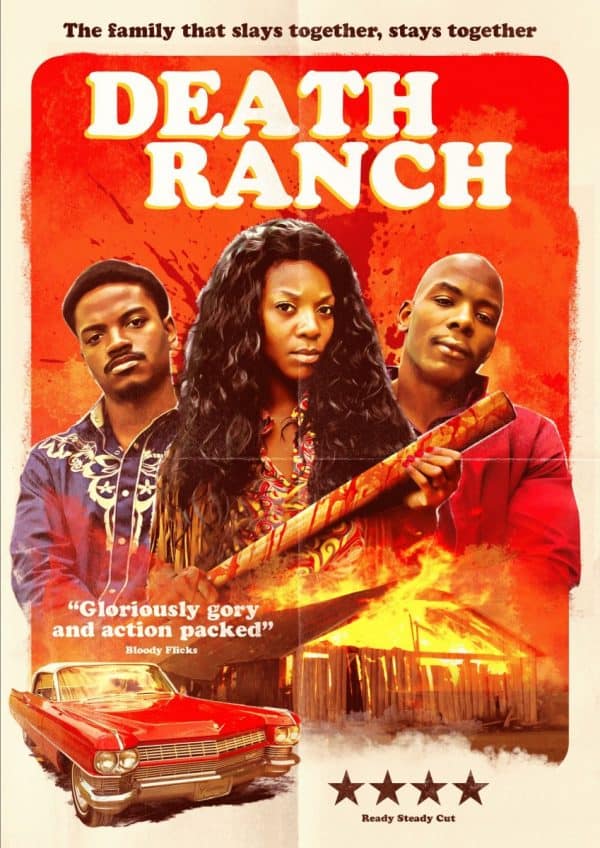 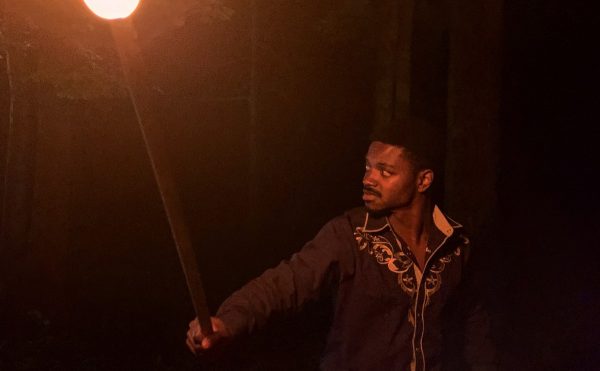 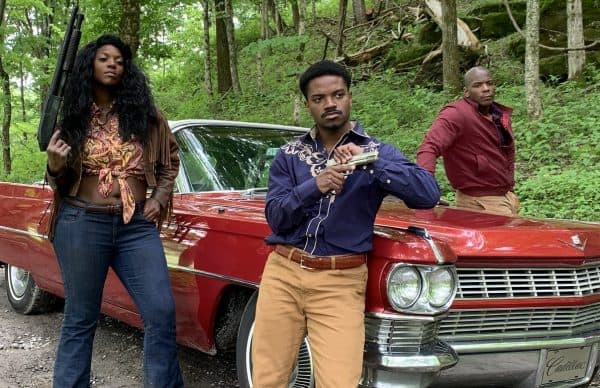 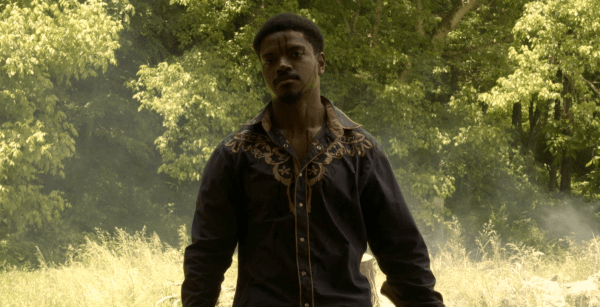 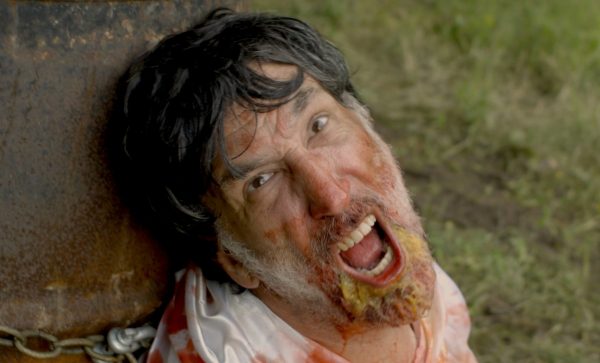 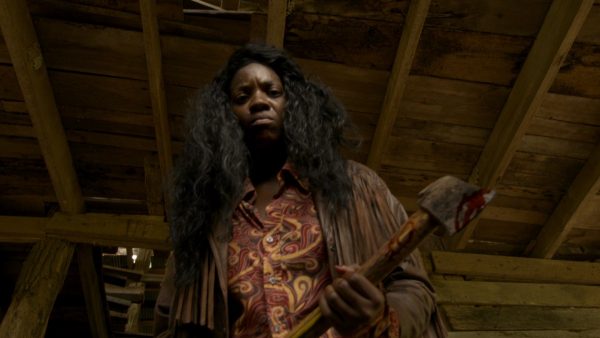 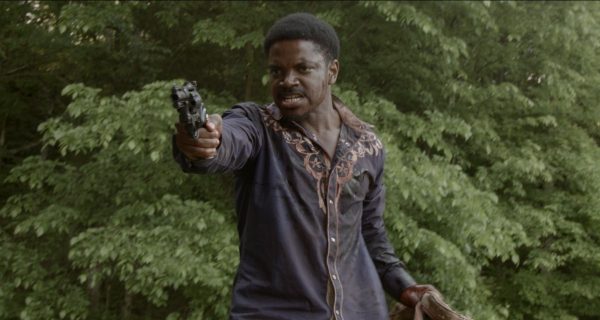 1970s USA. Three African American siblings, Brandon, Angela and Clarence, on the run from the police, take refuge at an abandoned Tennessee ranch.. But as night falls, Brandon discovers their hideout is on the hunting grounds of a cannibalistic Ku Klux Klan cult, and it’s not long before the siblings themselves are attacked and captured by the demented cult. Now, it’s up to Brandon to take down the bloodthirsty Klan, and save his brother and sister so they can have their bloody vengeance and escape alive.