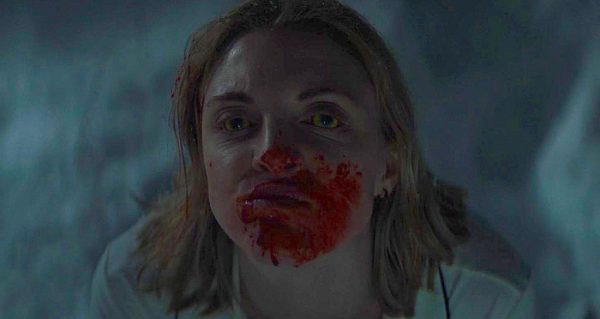 Ahead of its release this April, a poster and trailer have arrived online for director Amelia Moses’ upcoming werewolf thriller Bloodthirsty which stars Lauren Beatty as Grey, a singer that begins to have strange visions that she is a wolf while working with a notorious music producer in his remote studio in the woods; take a look here… 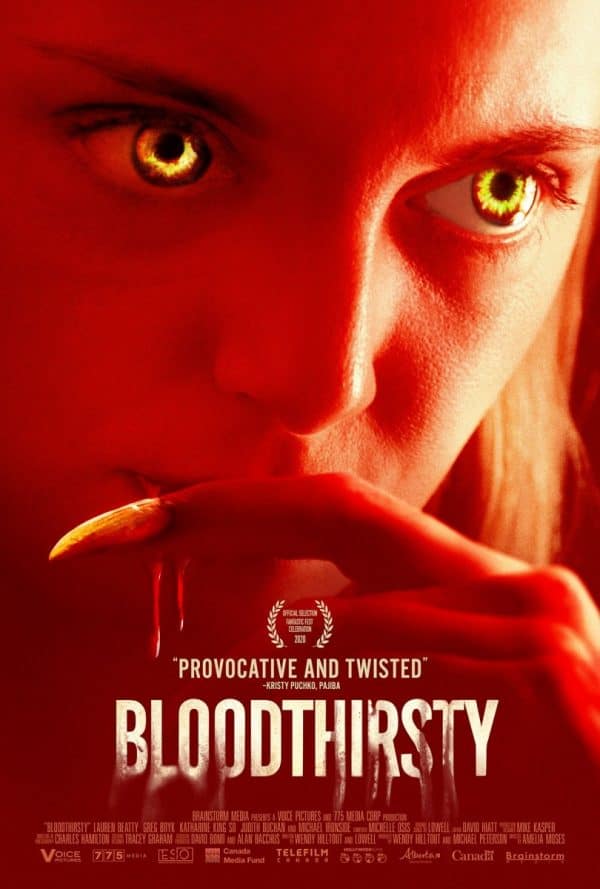 Grey, an indie singer, whose first album was a smash hit, gets an invitation to work with notorious music producer Vaughn Daniels at his remote studio in the woods. Together with her girlfriend/lover Charlie, they arrive at his mansion, and the work begins. But Grey is having visions that she is a wolf, and as her work with the emotionally demanding Vaughn deepens, the vegan singer begins to hunger for meat and the hunt. As Grey starts to transform into a werewolf, she begins to find out who she really is, and begins to discover the family she never knew. What will it take to become a great artist and at what cost to her humanity?

Bloodthirsty is set for a theatrical and On Demand release on April 23rd.