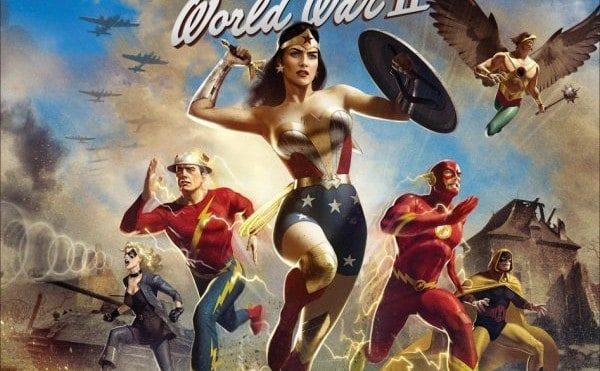 We got to chat with Elysia Rotaru who provides the voice of Dinah Lance aka Black Canary. We spoke about Black Canary’s popularity and power, the character’s legacy and the film’s WWII setting. Check out our interview below… 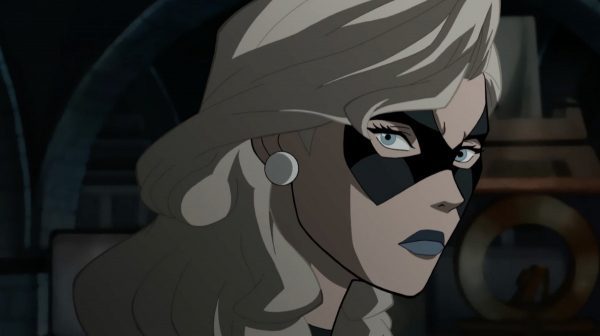 Ricky Church: In Justice Society: World War II you play Black Canary. How has this experience been for you?

Elysia Rotaru: It’s been pretty wild! I can’t wait for everybody to actually see the movie when it’s available for the world to see. I did the process of laying down the vocals for her a couple of years ago. Up until now it’s just been so magical. Like my face genuinely hurts from smiling. I hope it’s well received.

What was it about Black Canary that drew you to the character?

I’ve always wanted to play a blonde so check that off. But also I just love how she was one of the only other females in the ensemble because she had a little bit more of an edge and a bite to her. She’s a bad-ass in her own right. She has a great outfit, like thanks guys. She’s still got a lot to learn, but she’s a really powerful, little boss babe. 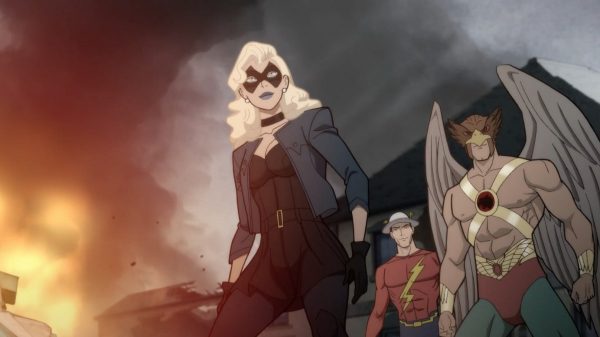 Yeah, for sure. As you said, this version of Black Canary is a little younger and rougher around the edges than most other interpretations, but she still displays a lot of vulnerability at times. How did you balance her tough exterior with her softer side?

I mean, a lot of it came from obviously who she was talking to in the scene and just getting a lovely backstory from the crew, from Wes [Gleason, voice director] and everybody of like ‘Okay, this is the relationship here that we want to showcase, this is this, this is that and let’s just go to town’. It was just a really beautiful collaboration from the team and having them just guide everyone though because you can only create so much on your own without the actual guidance and then missing the mark completely. A lot of it was really under the direction of Wes and Butch [Lukic, supervising producer] on the day when we were recording and the writing that presented itself with the relationships there.

Cool. Black Canary is one of the oldest comic book characters. I believe she was created in 1947 so she she’s been around for a long time and then has a huge fanbase. Was taking on this role a little nerve wracking for you? If so, how’d you get around that?

Yeah, heck yes. I mean, when I found out it was this character I was like ‘Holy shit, this is a big role, a big thing to fill’. And then of course I’m going back and looking at who has voiced her before in animation-land. I mean like, obviously Tara Strong was one of the voices. I like love Tara Strong’s work, huge fan. So it was just like, you know, ‘Oh my god. Okay, cool’. And then of course it’s just Black Canary and I don’t even really have words! Like I’m like speechless too! I’m just like ‘Oh wow. Oh my god!’ You kind of really want to pun intended do it justice, but also make it yours and have fun with it. That’s kind of what I was trying to do the most, just really be as authentic as I could under the guidance of the guys and directors in the booth and just bring her to life my way and hopefully everyone enjoys it.

I’m constantly, like, my sister is the cutest, she’s just like ‘Oh my god, you’re playing this character! I have to see it!’ It’s weird because I like to keep very grounded with the work I do. You don’t want to hype it up and you don’t want to get ahead of yourself. I try to be like who cares? You did the character, great. Now I have to see what happens when people watch it. It’s weird. It’s cool, it’s weird and I’m so grateful. That’s all I can really say, I’m always grateful. I sound like such a loser, I have no words! Thank you universe! 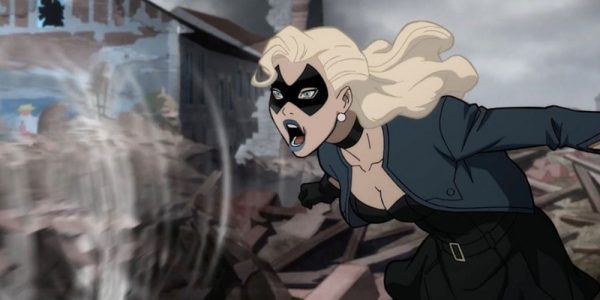 Black Canary is one of the most powerful characters in DC, not just with her sonic sound but also as a very skilled fighter. She really gets to put that on display a lot in this movie. What was it like for you to see her on the big screen and see her moves and what she does?

I got to finally see it when I did it a pick up ADR session last year and I was such a total loser. I made them play it over and over. I had to relook at what I had to do to hit the mark, but it was mostly because I wanted to keep watching and I was like ‘Holy shit, this is so cool!’ because when you do the pre-lay stuff, you don’t see it, right? It’s later. So for me to finally see it I was like wow and then to hear my own voice animated, this was so cool! And I’ve done it before, like I’ve worked for over a decade in the industry, but for some reason this was just like holy shit! Whoa! And hearing Stana [Katic]’s version of Wonder Woman too and Matt [Bomer] as Flash, I was just like ‘Ho. Ley. Crap.’ It creepily landed on me in a way where it’s like, man, this is rad, you know? To have such a great experience in the booth recording. Initially it just felt so, so fucking good. I just really hope everyone enjoys it because it was so fun. Even this is fun, you know, getting to do this and chat with people about it.

Obviously with a title like World War II, this is a setting where she’s not fighting your typical supervillains, but Nazis. What was your reaction to learning the plot of the film and the setting?

It threw me back because obviously when you audition you don’t really know what the heck you’re doing or what it’s for because it’s just like, okay, get this audition out. They don’t give you anything script wise so you’re just kind of throwing it out there and then obviously when you get the script you’re ‘Oh shit, this is so cool’. Also I have a lot of work to do because we’re now jumping into an era and it took me back to grade 10 high school history class where I was like okay, the Allies, the Axis, what’s happening? It was all around fun. And the plot itself, I don’t want to talk about too many things because there’s some fun elements in there. I liked it. I really liked where they took the story, for sure. I hope it hits a good chord with everyone who watches it because it did with me, for sure. 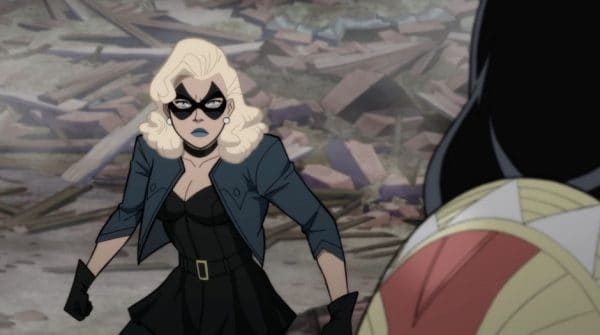 The Justice Society does consist of some of the oldest superheroes from that first wave of Golden Age characters. Black Canary wasn’t originally a member of the team, but she fits right in there with the rest of them in the movie. What do you think about being part of such a big ensemble cast of voice actors and the characters themselves?

I think it’s beautiful because she, now don’t quote me on this but maybe correct me, but she was the second female that was part of the JSA because it was originally just Wonder Woman right?

Yeah, I think so.

Yeah, I think that’s cool and let’s talk about the ensemble that’s cast for this project. Like, hi, this is cool. It was a great job laying down with a great cast list and I’m so honored and grateful to be a part of it. Just getting to bring Canary to life on its own is just magical too. It’s beautiful to hold a space with Wonder Woman as a JSA member and onward and upward we go. 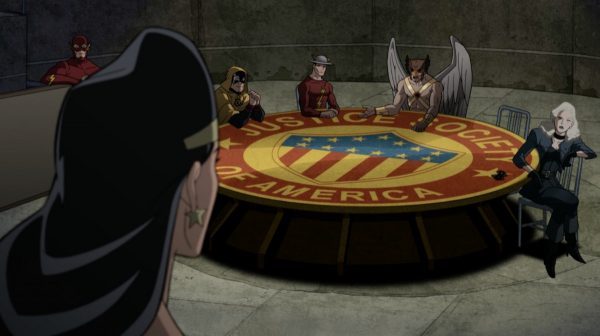 Thank you very much to Elysia Rotaru for speaking with us!