Netflix has announced a second season renewal for its hit series Ginny & Georgia. The news was made through an announcement video from the cast reacting to the news and teasing “more surprises” for fans in the upcoming season. Watch the video below… 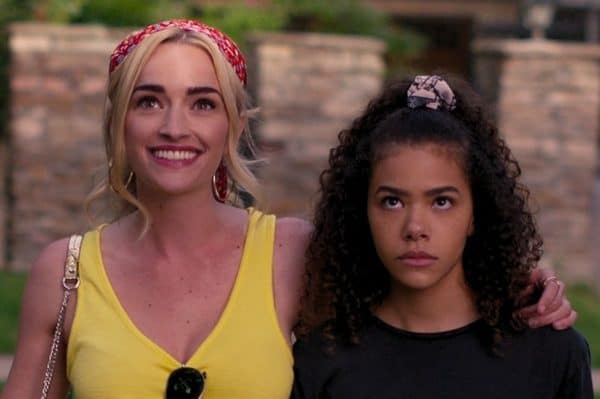 Ginny & Georgia stars Antonia Gentry and and Brianne Howey as the mother daughter pair Ginny and Georgia Miller respectively. The show centres on “Ginny Miller, who often feels she doesn’t measure up to her thirty year old mother, the irresistible and dynamic Georgia Miller. Growing up on the move, Georgia desperately wants to put down roots in picturesque New England and give her family something they’ve never had… a normal life.  But it’s not all carpool and Kombucha as Georgia’s past follows them to threaten her and her family’s fresh start.”

“We are so appreciative of the incredible response and love you all have shown Ginny & Georgia. We’re especially grateful to Brianne and Toni, who set the highest bar every step of the way. We can’t wait to return to Wellsbury for season two,” said Fisher and Lampert.

Ginny & Georgia will shoot in Toronto for another 10-episode season.