RuneScape’s 20th anniversary continues with the second storyline, Once Upon a Time: Flashback, which sees players sent into the past to save the future of Gielinor.  Flashback is the second of the Once Upon A Time series of miniquests which will release throughout 2021 for Runescape. 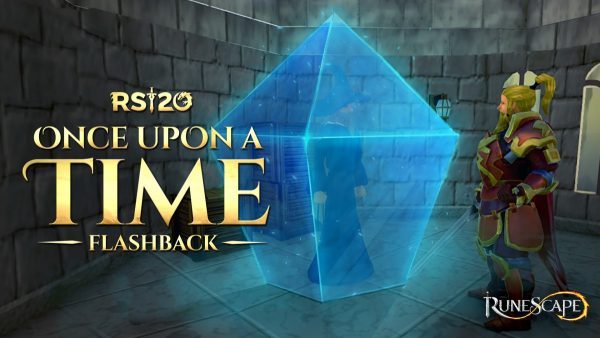 In this latest chapter of RuneScape’s anniversary extravaganza, Relomia is causing chaos by rewriting old quests and ultimately altering Gielinor’s history.  As a result there are main characters that are dying when they are not supposed to, and Death don’t like it when that happens.

Players will join forces with the mysterious ghost Closure, who’s working alongside Death, and together they will travel back through history to three classic RuneScape quests where they will need to fix the storylines back to how they should be and prevent those unnecessary deaths.

Those who successfully complete Flashback will be rewarded with a Medium XP lamp and Closure’s Book.

Flashback is available for adventurers to dive into now on Runescape.

Jagex and Dark Horse Books will also be releasing RuneScape: The First 20 Years – An Illustrated History this autumn. This will serve as the official book for the game and provide gamers with a never-before-seen look at the iconic online fantasy RPG.