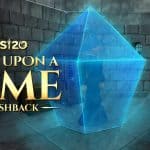 RuneScape’s 20th anniversary continues with the second storyline, Once Upon a Time: Flashback, which sees players sent into the past to save the future of Gielinor.  Flashback is the second of the Once Upon A Time series of miniquests which will release throughout 2021 for Runescape. In this latest chapter of RuneScape’s anniversary extravaganza, Relomia is causing chaos by rewriting […]