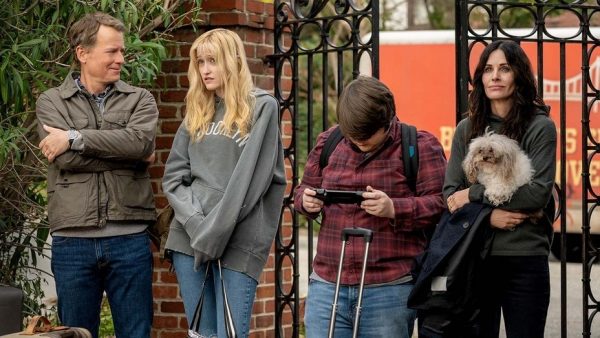 As per THR, Shining Vale will see Cox playing Patricia “Pat” Phelps, a reformed wild child who became famous for writing a raunchy, drug and alcohol-fueled “female empowerment” novel. Seventeen years later, she’s sober but unfulfilled, hasn’t written a second novel and her marriage and family are in rough shape. So, in a last-ditch attempt to save her marriage,she  moves her family from the city to an old house in the suburbs with a storied past — and discovers that her personal demons may actually be real.

“Shining Vale is a smart, chilling and funny series that tells the story of a family in turmoil who is suddenly living with a paranormal who helps Courteney Cox’s character get her groove back as she starts to question her own sanity,” states Christina Davis, president of original programming at Starz. “This group of talented actors, executive producers and director blends comedy and horror brilliantly throughout this series which exemplifies the network’s commitment to improve female representation on and off the screen.”

Jeff Astrof (Trial & Error) has written the pilot for Shining Vale, having crafted the story with Sharon Horgan (Catastrophe), while Dearbhla Walsh (The Handmaid’s Tale) directed. All three will serve as executive producers on the pilot, while Cox will produce.