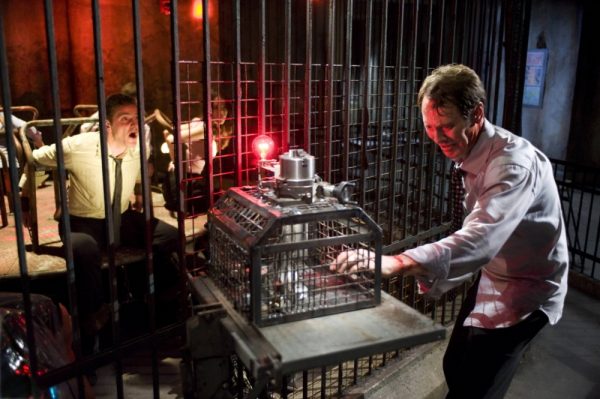 Now we’re into the good half of the franchise. There’s no denying that Saw VI benefits somewhat from through-the-floor expectations after the low-effort mess that was Saw V, but it’s also a marked step-up from the last two films on its own merits, pulling a Friday the 13th Part VI: Jason Lives by adopting a more satirical tone than its predecessors.

Screenwriters Patrick Melton and Marcus Dunstan, who bizarrely also penned the mostly-humourless two prior films – craft a sequel that feels refreshingly in on the grisly joke from the jump, beginning with a cartoonishly over-the-top opening trap where an overweight man and petite woman are forced to competitively cut chunks off their body to save themselves.

But Saw VI’s big storytelling triumph lies in offering up a scorching-hot critique of the American healthcare industry – particularly the predatory nature of insurance companies keen to deny coverage by any means necessary. By linking this all directly to Kramer himself – who was denied medical coverage for an experimental cancer treatment – there’s a righteous, even playful quality to both the storyline and traps this time around.

It’s still completely horrifying, of course, but there’s a sick sense of irony to a 52-year-old smoker being made to hold his breath, and health insurance executive William Easton (Peter Outerbridge) having to make brutal life-or-death decisions less-unlike his day-to-day dealings than he’d care to admit.

The darkly comic highlight of the entire movie has to be the famous shotgun carousel trap, in which Easton’s six “pit dogs” – associates tasked with finding discrepancies in claimants’ policies – are strapped to a merry-go-round. Easton must then choose to save two of the six from a shotgun blast to the face. It’s at once creative, brutal, and grimly hilarious, and just might be the most entertaining trap in the entire series. 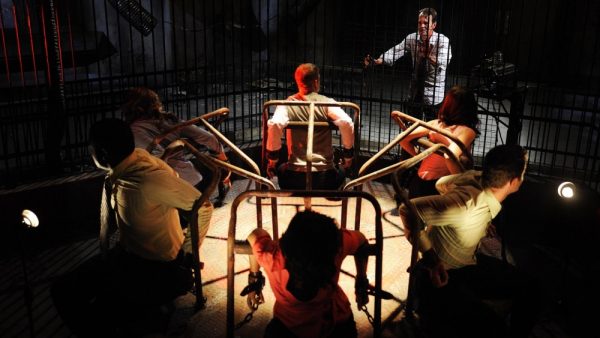 Storytelling-wise, there’s a far stronger balance between traps, police procedural elements, and melodramatic flashbacks. It’s still flashback-heavy, though they feel more meaningful and judiciously deployed, lacking the melodramatic excess of Saw V. It’s neat to see Amanda and Hoffman interacting, and Tobin Bell gets a few great scenes – particularly his confrontation with Easton – in turn delivering easily his most engaging performance of the last three movies.

All in all, the film is all the better because it doesn’t bend over backwards trying to be smart or retcon the existing mythology; the twists are actually relatively simple, but satisfying all the same and don’t require the story logic to be twisted into pretzel shape. There’s a greater focus here on meaningful dramatic incident, namely Hoffman being tested and ingeniously finding a way to escape, setting up a final showdown for The Final Chapter. And how can you not love that horrific injection of hydrofluoric acid into Easton’s gut?

It admittedly doesn’t all work – the subplot with Hoffman’s voice being decoded from a Jigsaw tape feels very CSI, and it’s odd to bring Agent Perez back only to kill her for good – but on the balance of things Saw VI is the most tonally adept and well thought-out entry since the third.

Director Kevin Greutert (who, oddly, also helmed The Final Chapter) brings a keen sensibility to the table. There’s a propulsive energy to the film that was lacking from the last two, even if the production values look undeniably TV-esque, and the grungy flair of the better Bousman efforts have largely been stripped out. 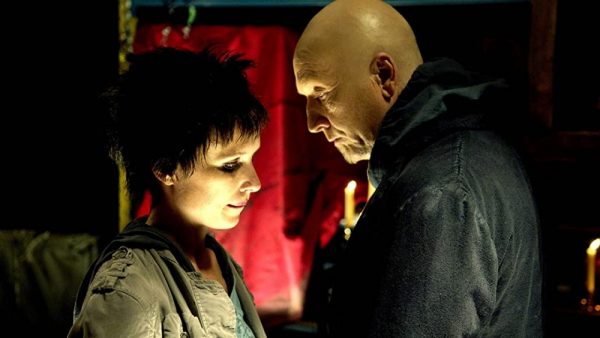 Saw III is the final truly “good” Saw movie and the last to deliver a twist that lived up to the original, even as the series transitions into a more transparent focus on attraction-style traps and the rationale for testing people becomes decidedly more tenuous.

What the film does so well is widen the overarching mythology without encumbering itself with the hokey baggage that harangued its successors. At close to two hours in length, it’s the longest Saw film, but spends that extra time telling a more nuanced, character-driven story. The parallel games between Jeff and Lynn (Bahar Soomekh) means there’s no need to cut away to moldy police story nonsense or dull flashbacks, and the pair make for some of the more compelling and likeable protagonists of the entire series.

The flashbacks that are deployed feel efficient in expanding this world, fleshing out the events of the first two movies, exploring Jigsaw and Amanda’s relationship, and crucially giving audiences closure re: Adam’s (Leigh Whannell) death, long before the series’ approach to its own lore descended into self-parody melodrama.

The traps are also arguably some of the most creative of the franchise, touting more elaborate design and higher production values than in either prior film (this cost $10 million, 2.5x the budget of Saw II). The famous torture rack trap – in which a poor sap’s joints are contorted 180 degrees – is toe-curlingly unpleasant, while the peripheral violence of Detective Matthews’ foot destruction and Kramer’s brain surgery add an appealing ick. The only real sour note is the hurried killing-off of Detective Kerry (Dina Meyer), who was too interesting a character to die so soon. 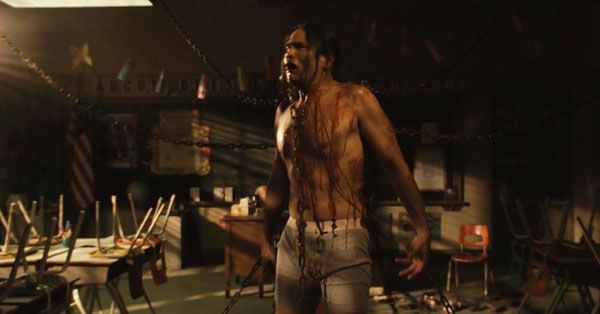 Stylistically Bousman really hits his groove here, offering up some of the series’ most skilful filmmaking in the process; the sequence where Kerry is kidnapped in her apartment is especially creatively shot. The grimy, makes-you-want-to-shower cinematography and sickly colour grading haven’t quite reached comical levels yet, and Charlie Clouser’s score is perhaps his moodiest of the lot. Performance-wise this is also a high-point for the series; Bell steals the show once again as the near-death Kramer, while Shawnee Smith gets plenty of time to shine as the imperiled Amanda.

Following up the impressively un-guessable twists of the first two movies was obviously a tall order, and while not quite as effective here, the big reveals mostly work well. Jeff and Lynn being married might seem obvious in retrospect, but to unassuming viewers it’s really not, while Jigsaw testing Amanda makes for an interesting climactic thematic, and then there’s the final brutal sting of Jeff and Lynn’s daughter being locked away. It’s a critical mass of glorious absurdity, and Amanda’s death was an especially surprising pivot given that she seemed primed to become the new protagonist of the franchise.

With Jigsaw dead the series clearly could’ve ended here and been nothing more than a neat trilogy of movies, but of course, its $164.9 million worldwide gross was always going to lead to more, and that – for better and more often worse – it certainly did. Saw III neatly concludes the original trilogy of films while providing an off-ramp for the ridiculous glut of sequels to follow.