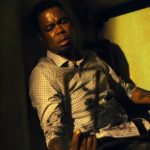 Revisiting the franchise that he called home years ago, director Darren Lynn Bousman’s return to the Saw universe is shaping up to be an epic experience. And he’s bringing along a new face to the horror franchise as Chris Rock makes his genre debut in the upcoming Spiral: From the Book of Saw. Rock plays […]

Spiral: From the Book of Saw director Darren Lynn Bousman has discussed how the ninth film in the long-running Saw horror franchise will compare to the previous instalments. During an appearance on The Boo Crew Podcast (via Bloody Disgusting), Bousman revealed that Spiral looks and feels like a Saw movie, but will also something completely different especially with the […]

Although Spiral: From the Book of Saw has recently been delayed by Lionsgate to May 21st, 2021, director Darren Lynn Bousman has discussed his future with the Saw franchise moving forward. In an interview with ComicBook.com, Bousman admitted that after directing three previous Saw films a decade ago he thought he would never return to the franchise but now, […] 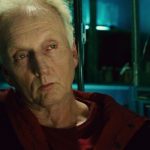 Although Tobin Bell has had a long career as an actor, he’s perhaps best known amongst horror fans as John Kramer a.k.a. Jigsaw in the Saw franchise. While Bell’s future as the character is currently unclear, he has offered his support on another actor taking on the role in future instalments. In a recent interview […]

Darren Lynn Bousman’s return to the Saw franchise won’t see a theatrical release for another year as Lionsgate has delayed Spiral: From the Book of Saw until May 21st, 2021. The official Twitter account for the franchise confirmed its new release date and gave fans a special message: The news follows immediately on from a […] 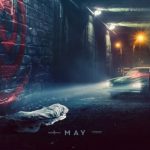 Following on from last month’s teaser trailer, Lionsgate has now unveiled a new international poster for the next instalment in the Saw franchise, Spiral: From the Book of Saw featuring Chris Rock; take a look here… SEE ALSO: Saw co-creator Leigh Whannell reveals Chris Rock expressed his interest in the franchise to him years ago SEE […]

The news that Chris Rock was to executive produce and star in a brand-new instalment in the Saw franchise was a surprise to everyone. However, according to Saw co-creator Leigh Whannell, who wrote the screenplay for the first three movies, Rock had expressed his interest in working on a Saw title with him at a party back in 2015 […]

The news that Chris Rock was to executive produce a new installment of the Saw franchise had every one sit up and take notice, which is something you probably hadn’t expected as the law-of-diminishing returns had long since taken over the horror series. Well, now it’s almost upon us, and not only have Lionsgate released […]