With the news Amazon has agreed to purchase MGM Studios for $8.45 billion, including the entire James Bond 007 franchise, it has left many wondering if James Bond’s next adventure No Time to Die and future films will be released exclusively on Amazon’s streaming service. Bond producers Barbara Broccoli and Michael G. Wilson were quick to dispel any such notion however, promising James Bond will always be a theatrical event. In a statement to Variety, Broccoli and Wilson said “We are committed to continuing to make James Bond films for the worldwide theatrical audience.” The pair run Eon Productions and have kept the Bond franchise going for years after Barbara’s father Albert ‘Cubby’ Broccoli helped launched the film series with Dr. No in 1962.

While they split the profits with MGM, who finances and distributes the films, Broccoli and Wilson have final say on everything in the way a film is marketed down to who will portray the famous spy when it comes time to recast, a decision that will be made eventually as No Time to Die will mark Daniel Craig’s fifth and final portrayal of James Bond.

Fans can breathe a little easier knowing they’ll get to experience No Time to Die on a big screen. The film, which will be the 25th in the 007 franchise, was originally slated for a November 2019 release before being pushed back to April 2020 to allow for more post-production time. Then the coronavirus crisis happened in early 2020, forcing the film to be pushed back several more times as theatres largely remained closed due to lockdowns and social distancing. Hopefully it will not get pushed back any further, but MGM and Eon seems confident it won’t as they moved up No Time to Die‘s release in the UK to September 30, continuing the tradition of being released a week ahead of the rest of the world. 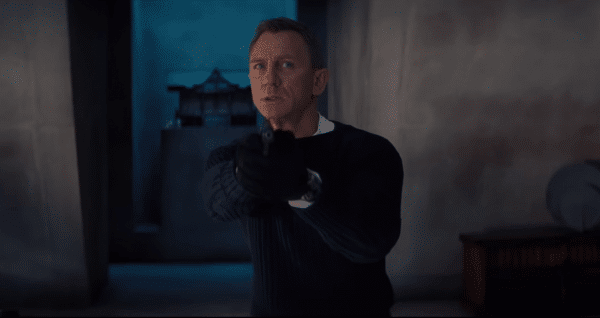 No Time to Die will be released September 30 in the UK and October 8 worldwide.