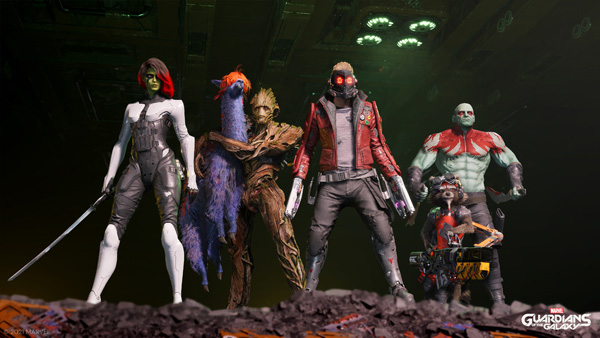 Following on from its official reveal at E3 this past week, Square Enix has now released five character posters from Eidos-Montréal’s upcoming Guardians of the Galaxy video game which give us a detailed look at the designs for Star-Lord, Gamora, Drax the Destroyer, Rocket Raccoon (complete with beard) and Groot; check them out here… 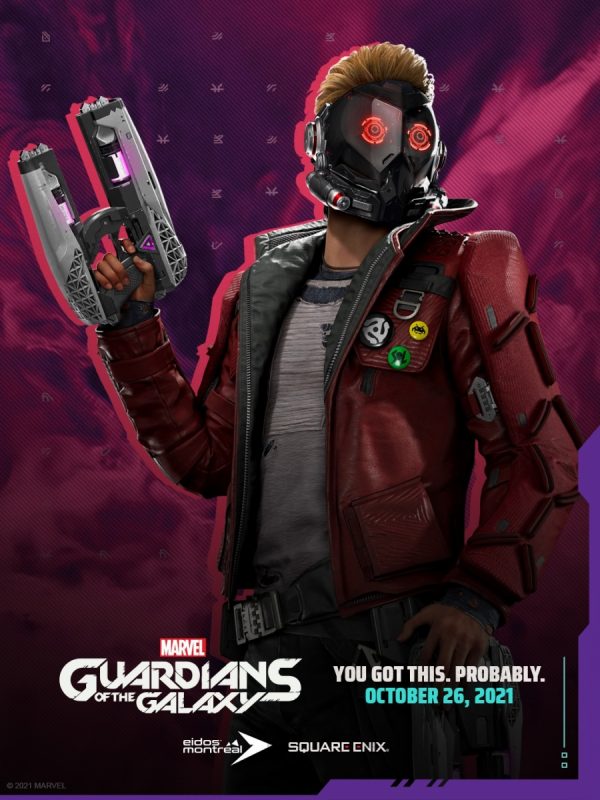 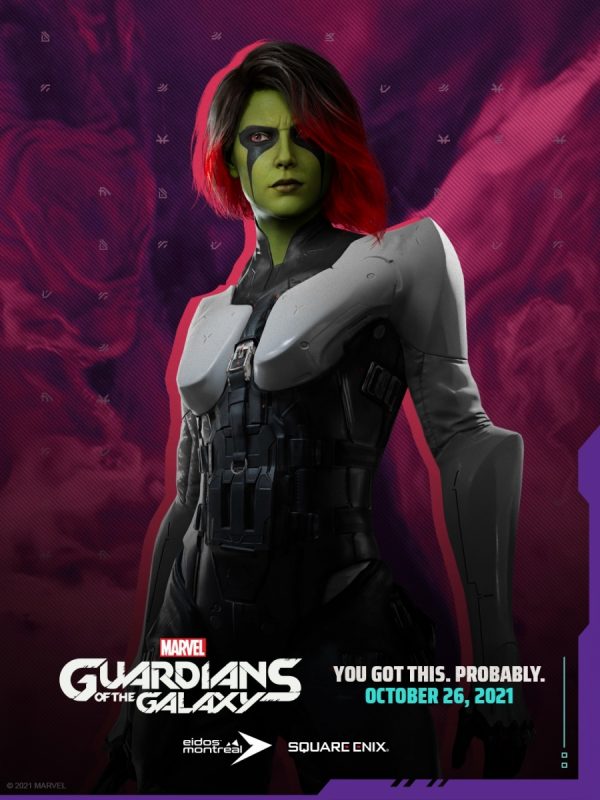 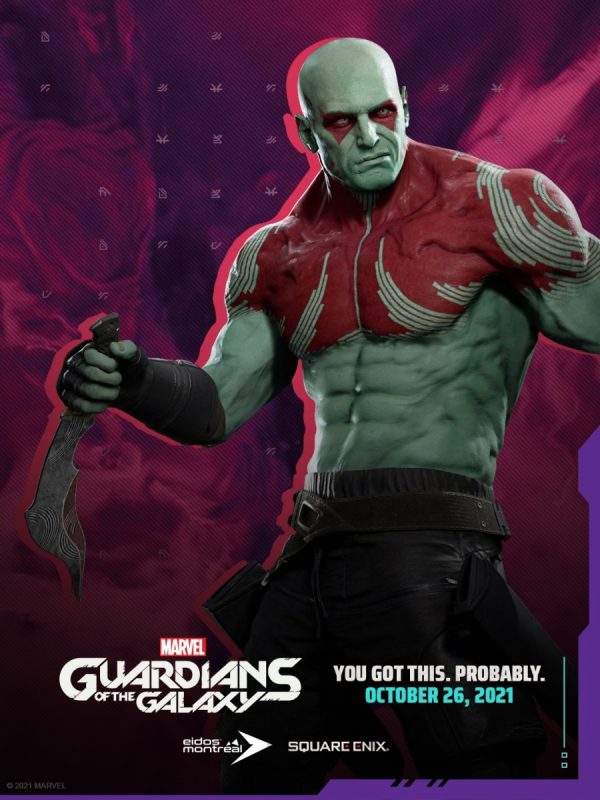 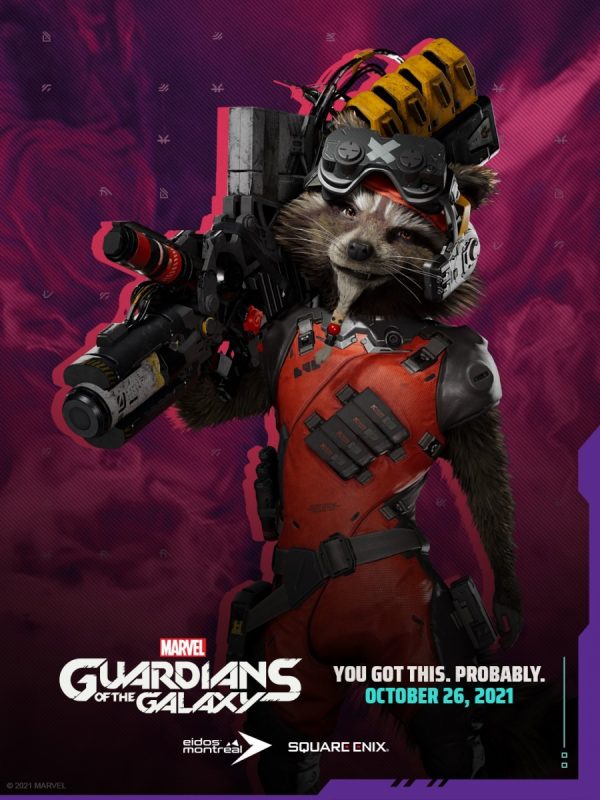 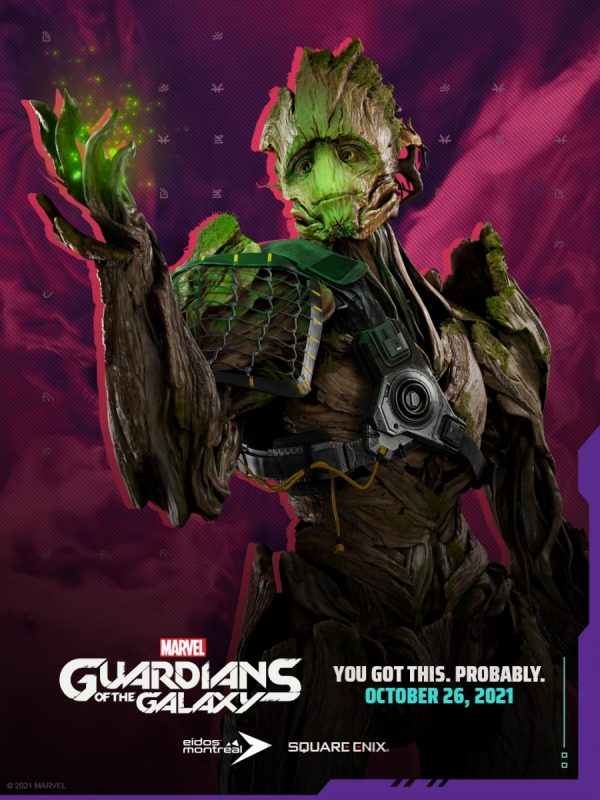 Fire up Star-Lord’s jet boots for a wild ride across the cosmos in this fresh take on Marvel’s Guardians of the Galaxy. With the unpredictable Guardians at your side, blast your way from one explosive situation to another, with both original and well-known Marvel characters caught in a struggle for the fate of the universe. You got this. Probably.

Master Star-Lord’s dynamic combat style to obliterate foes with his Element Blasters and call on the unique abilities of each Guardian to defeat a wild variety of interplanetary enemies. Also, as self-proclaimed leader of the Guardians of the Galaxy, players will engage in select player-choice driven dialogue and interactions between Quill and the Guardians that further strengthens the bonds within this dysfunctional family.

Marvel’s Guardians of the Galaxy will release on PlayStation 5, PlayStation 4, Xbox Series X/S, Xbox One and PC on October 26th 2021.