Square Enix has announced that the upcoming Black Panther – War for Wakanda expansion will arrive on Marvel’s Avengers on 17th August.  This expansion will be available for free to all owners of the core game and along with bringing Black Panther to the battle, players will also find many more new features, including new villains, a new environment, new enemies and much more. 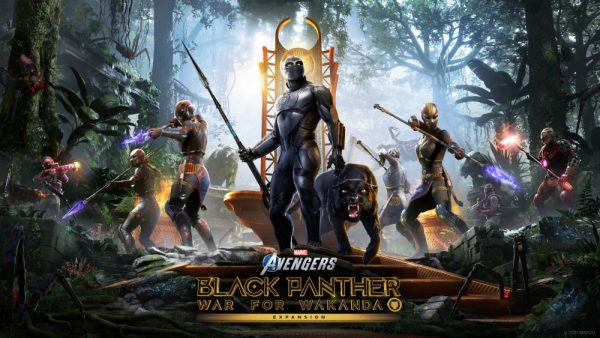 The War for Wakanda expansion follows King T’Challa, aka the Black Panther, who struggles with trusting anyone with his responsibility after a terrible betrayal.  When his kingdom is threatened by the villainous Ulysses Klaw, T’Challa must fight with everything he has to protects his home and his people.

Players will get to experience the new lush jungles of Wakanda and explore the new outpost, the Royal Palace, overlooking Birnin Zana, and includes Shuri’s laboratory, Zawavari’s chambers, and the Wakandan War Room.

As well as the above, players will also get to enjoy new solo or multiplayer Drop Zone and Threat Sector missions.

Starting today and running to 1st August on PC (via Steam), Playstation and Stadia is an all-access weekend and Square Enix are celebrating with several limited-time special promotions, including a 400% bonus experience, the return of the Tachyon Anomaly event and a 50% sale in the in-game marketplace.

Enjoy the all-access weekend and look out for the War for Wakanda expansion arriving on 17th August.