Hasitha Fernando with a brief introduction to Marvel’s Celestials… The third and final Eternals trailer was a real doozy. Jam-packed with awe inspiring imagery, world ending shenanigans and mind blowing action spectacles, the preview was nothing short of epic. But amidst the glitzy hullabaloo featured in the trailer there was one detail that keen eyed viewers particularly honed in on, due to its relevance in the MCU going forward. What exactly am I talking about, you may ask? It’s about the Celestials of course.

In the comics the Celestials were an ancient race of extra-terrestrial cosmic beings, which possessed God-like abilities to manipulate vast amounts of power and energy. They’ve existed since before the dawn of time and have an unusual propensity of experimenting on lesser life-forms. Hence their role in the creation of genetic off-shoot races such as the Eternals and their arch-nemesis the Deviants, as well as playing an important part in key evolutionary events of other races. 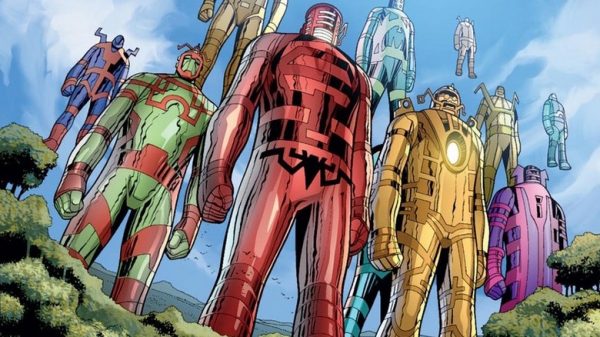 Debuting in Eternals #2 on July 1976, the Celestials were the creation of legendary Marvel writer and artist Jack Kirby. However, like all things comic book-y the narrative of the Celestial’s origins is also a fairly complex one, sometimes making zero sense. So, try to stay with me, as I attempt to briefly describe the beginnings of these enigmatic beings. Some of them even contradict each other, making zero sense in the Marvel continuity, but here are a few stories that ought to shed some light regarding their genesis.

For the uninitiated the best detailing of the Celestials origin can be found in the pages of Ultimates 2 #6 published in 2017. At the inception of creation, billions of years ago, creation was made up of one sentient universe called the First Firmament. Since it was the only being in all of existence, the First Firmament grew weary of the loneliness and created the first forms of life. These were celestial beings of a lesser order that were of two varieties; the black hued Aspirants who were loyal to their creator and desired to maintain the status quo and the multi-colored Rebels who wanted a dynamic, diverse and continually evolving reality. 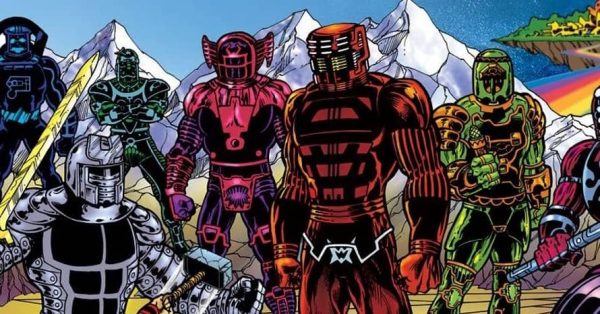 This group of rebellious life forms are the ones we now as “The Celestials”. The war that broke out between the Aspirants and the Celestials nearly decimated the First Firmament. In a last ditch effort of self-preservation, what was left of the First Firmament gathered the remaining Aspirants, and fled to the far reaches of space where it fragmented and reformed into a new cosmic being composed of multiple realities called Eternity. And thus, the Second Universe and First Multiverse were birthed.

In the Marvel Cinematic Universe, there have already been a few instances where these mysterious beings have showed up. In Guardians of the Galaxy Taneleer Tivan a.k.a The Collector explains that the Infinity Stones can only be brandished by beings of extraordinary strength. He says this while showing Peter Quill and company a demonstration featuring a gigantic humanoid that resembles Eson the Searcher from the comics. 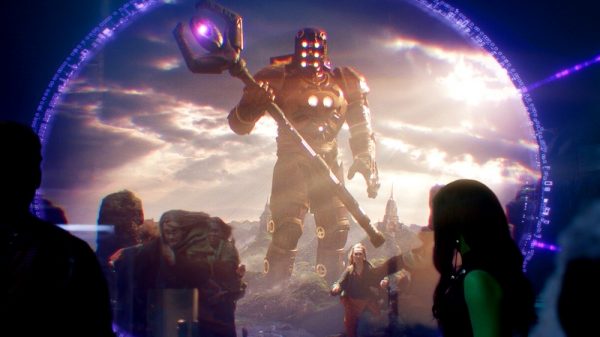 In the same movie The Collector’s place of residence located at Knowhere, is also said to be the severed head of a Celestial. And while Guardians of the Galaxy marks  debut of the Celestials within the MCU, Guardians of the Galaxy Vol.2 also sees Ego the Living Planet claiming to be a Celestial, although the character was never portrayed as such in the source material. Chloe Zhao’s Eternals will no doubt answer a lot of our burning questions about the Celestials in the MCU when it debuts in November, but then all we can do is patiently wait.

SEE ALSO: Get front row seats to the end of the world in the epic final trailer for Marvel’s Eternals 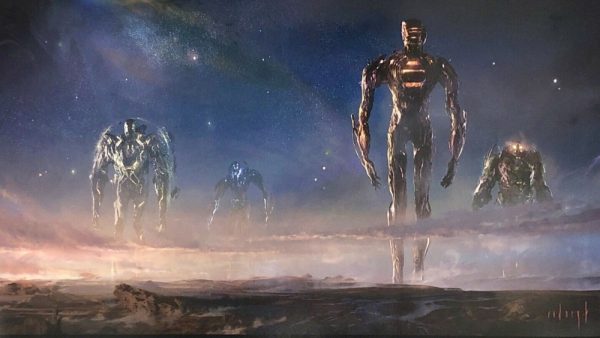