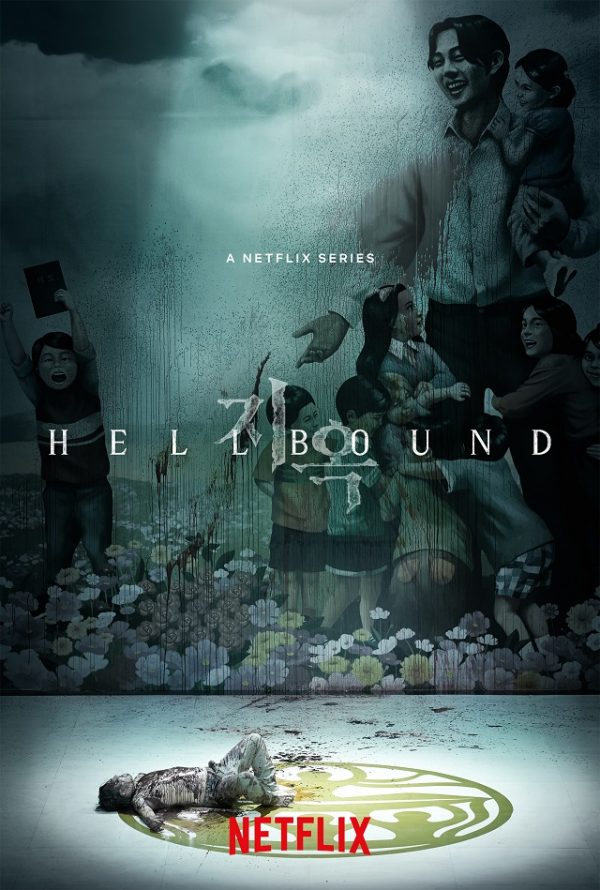 People hear predictions on when they will die from a mysterious angel apparition. When that time comes, a trio of demons appears in front of them and kills them. 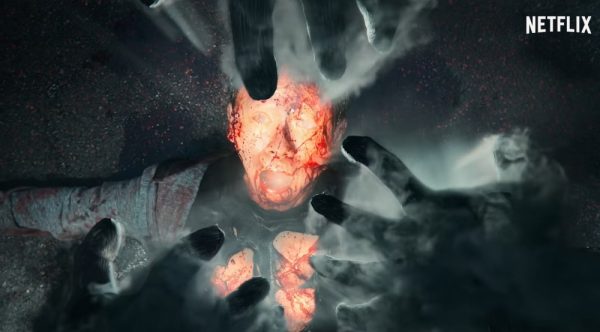 Having gone all Fast and Furious with his Train to Busan sequel Peninsula, Yeon Sang-ho puts the brakes on his propulsive narratives for this slow-burn 6-part police procedural with a twist.

What sets it apart from your average detective noir ? How about deep questions on theology? On-the-nose mob culture commentary? Cultism? Or maybe that people are being beaten to death by CGI demons before being dragged to hell? The fact that it’s all of those multi-genre elements, and that it just about meshes together into a fascinating first half of this unique series, is testament to Sang-Ho’s ability to adapt his own graphic novel (written alongside Kyu-Seok Choi) for the Netflix audience, and in doing so bring to life an array of captivating characters worth following for the duration.

Over the course of the first half of the season the focus is on two opposing forces, although Hellbound is never that reductive to make it simply a battle of ‘good versus evil‘. You have the authorities investigating these strange occurrences, led by beat down detective Jin Kyung-hoon (Ik-joon Yang) alongside his straight-laced partner, and they’re up against the smooth stylings of the New Truth Society’s messiah Jung Jin-soo (Yoo Ah-in), who believes that the “executors of Hell” are the work of a God punishing us for our sins. It’s a fascinating dichotomy between the two, with a level of moral ambiguity and shades of grey to character motivations that would ordinarily be perceived as just plain ‘evil’, but the subtlety of the writing ensures that you’re never quite sure who’s right or wrong. 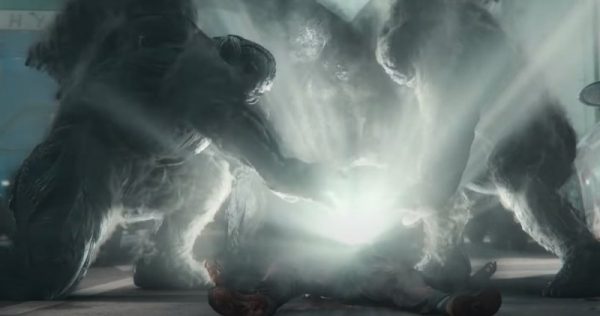 As the charismatic cult Chairman, Yoo Ah-in is terrific. He’s hard to read, likeable even, but then the occasional flicker of an inappropriate smile will make you feel uneasy. He’s a fascinating character. The same can be said for Ik-joon Yang’s quiet, world weary performance, which feels as though it is informed by so many hard-nosed detectives before him; single father, doesn’t play by the rules, driven by tragedy. Nobody in Hellbound ever feels like a lazy archetype. Over the course of these three episodes almost all of them will surprise you in some way.

Swathes of satire can be found throughout, and thanks to the state of the world most of it will be translatable to any number of the cultures where Netflix streams, but perhaps the most hard hitting is the brutal way in which media consumption is represented through the fate of a key character. It acts as the cliffhanger between episodes two and three, and even the most desensitised of viewers will find it a nail-biting, upsetting turn of events, but one that’s an integral part of an intriguing story you can only hope will be sustained over the second half of the season. 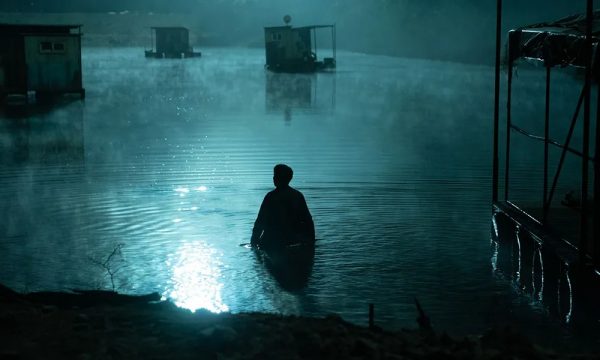 With high production values – the pre-credit sequence featuring the Hulk-like demons rampaging through traffic feels like something straight out of a Marvel movie – an ensemble of complicated characters, and dense drama punctuated by moments of horror and action, Hellbound is a dark delight.

This Review is based on the first three episodes of Hellbound. All six will be available to stream on Netflix from November 19th