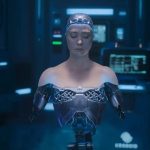 Netflix has released the official trailer for the latest film from Hellbound and Train to Busan director Yeon Sang-ho. Jung_E is a sci-fi thriller in which humans have fled an Earth which has been devastated by drastic climate change and now live in off-world colonies. With war breaking out in these shelters, scientists come up […]

Netflix has released a trailer for the Korean sci-fi action thriller JUNG_E, ahead of its arrival on the streamer this January. Written and directed by Yeon Sang-ho, the film follows an AI researcher Yun Seo-hyun (Kang Soo-youn), as she leads the effort to clone her mother, a legendary mercenary, in an effort to end the […] 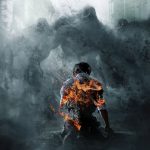 Netflix has announced that its once again set to collaborate with Train to Busan and Hellbound creator Yeon Sang-ho on suspense-drama The Bequeathed.  Deadline reports that the prolific director’s latest will tell the story of an intricate family history focusing on a subject matter deeply rooted in Korean tradition: family burial grounds.  Yeon Sang-ho will […] 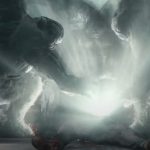 Hellbound, 2021. Directed by Yeon Sang-ho. Starring Yoo Ah-in, Kim Hyun-joo, Park Jeong-min, Won Jin-ah and Yang Ik-june SYNOPSIS: People hear predictions on when they will die from a mysterious angel apparition. When that time comes, a trio of demons appears in front of them and kills them. Having gone all Fast and Furious with […]