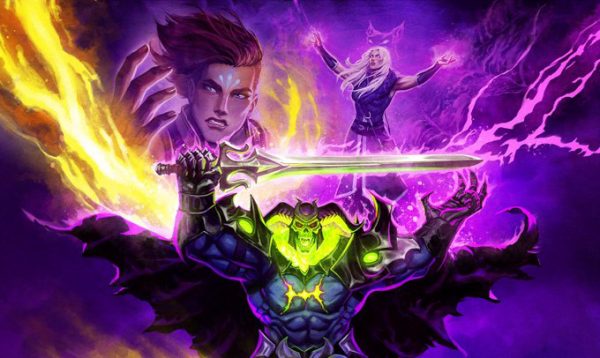 As with any reimagining of a much cherished property from days of yore, Kevin Smith’s Masters of the Universe: Revelation was met with some division when it launched on Netflix earlier in the year.

You can read more about that in our The Biggest Fan Revolt Since The Last Jedi feature, but if you’re already on board with this version of He-Man you can start to get excited by the news that Smith has announced that the second part of Revelation will launch on Netflix on November 23rd.

Make no bones about it, Skeletor finally has the Power! Wanna see what @HamillHimself does to the Universe with it? And whither Ram Man? Check out Part 2 of @MastersOfficial REVELATION when it comes to @netflix on NOVEMBER 23rd! (This metal-as-Hell artwork is by @NathanBaertsch!) pic.twitter.com/xke6ATCvij

SEE ALSO: Exclusive Interview – Rebooting He-Man and the Masters of the Universe with showrunner Rob David

Masters of the Universe: Revelation returns to Netflix on November 23rd.