Tom Jolliffe looks at modern mainstream cinema. Is it being led by disposable content over long-standing legacy? The pace at which the world evolves can be frightening sometimes. You blink, suddenly you look around and you’re 40, you’ve got a house, wife, kid and you make groaning noises when you bend down to pick something up (okay, maybe that’s just me). Everything has developed, improved and technological advancements have changed the shape of the industry. Back when I was but a cinema loving noob (newb?) to the joys of appreciating film, my viewing would consist of three options: A trip to the cinema, a video tape, or whatever happened to be on one of the four TV channels (5 when a fifth terrestrial channel in the UK opened up an array of Shannon Tweed/Joan Severance late night specials).

Every generation might say this, but the movies I grew up with (and the music) were the best. Entirely subjective, lacking an ounce of considered objectivity of course, but really, the 80’s and 90’s were a veritable goldmine in the booming blockbuster years, whilst the fledging straight to video market was also at its apex, from video nasties, to a relentless outpouring of video premiere action films. Some films were indeed made quickly to appease a here and now gap in the market. They were cheap. The average Roger Corman production by the time the VHS boom was in full swing, was about delivering tapes to the shelves. Whether someone was going to watch Bloodfist year upon year, or the film pick up new audiences, was irrelevant. As long as it shifted tapes for 18-36 months after release, then job done, until Bloodfist II, or Bloodfist III, or IV, V, VI, VII (yep…VIII). So disposable entertainment is not particularly a new concept. Historically speaking, prior to the days of TV and video, the only cinematic outlets were the cinemas. This meant films considered legit masterpieces might have had a run, and then never get seen again. Yes, Gone With the Wind, to some, was essentially a disposable experience (short of returning upon any re-release screenings in the passing years). In 2021, cinema is ruled by what was historically called B movies. Special effects driven sci-fi, action, monster movies, comics etc. Marvel and Disney do their thing, finding a formula for a generation that whether a curmudgeon like myself likes it or not, might just want the here and now, before the next. Denis Villeneuve recently bemoaned cut and paste cinema within the Marvel world as he stands as a rare example of a filmmaker making blockbusters intent on being repeatable and thematically weighty. Blade Runner 2049 might have had more layers than the average Marvel film, but which sells more tickets? Dune’s hefty ideas and auteur vision are perhaps needed to reign in material often deemed unfilmable (David Lynch’s version whilst atypically gaining a cult following has also often been dubbed, ‘unwatchable.’). Reviews and response suggest Villeneuve pulled off something special again. Jaws and Star Wars did pave the way, but there’s something that feels inherently different in Jaws, A New Hope, Raiders of the Lost Ark in comparison to the modern equivalents of the day. The care, skill and overriding directorial visions of many of these blockbusters marked them as unforgettable, timeless. Given the modern disposition for reboots and remakes of course, direct comparisons are easy. For New Hope and The Empire Strikes Back, see The Force Awakens and The Last Jedi – the latter only memorable for its contentious cinematic choices and the fan fallout. Long standing classics like A New Hope for example, feel perhaps like an outmoded form of mainstream cinema. They were made with the express intent of being important, special. There’s an increasing rise in the notion that passable entertainment is acceptable. It’s not to say some of these films are necessarily bad either. There have been innumerable big screen films which manage to be entertaining but which disappear into the night air like a fading mist. I’m pretty sure I’m not losing the plot, but I’ve watched all too many modern blockbusters that I barely remember by the time I’ve left the smell of stale popcorn behind in the foyer. As we’ve seen with many other rebooted franchises, the originals have a time proof solidity the modern turns don’t (Terminator, Jurassic Park etc). As far as blockbusters in fact, I increasingly find that the ones which stick in my mind more these days, are the bad ones (Terminator: Genisys, Terminator: Dark Fate), because there’s a higher proportion of those than the special ones like Casino Royale, Skyfall, Mad Max: Fury Road and Blade Runner 2049 for example. That middle ground though, of solid fare with short term thrills, and perfectly serviceable entertainment feels indeed, much like Scorsese put it… theme park rides. Of those of course, some are more memorable than others. Avengers: Infinity War was memorable for being about as grandiose as a mega budget film has ever managed, whilst making some impactful (albeit ‘temporary’) choices. As it was, Avengers: Endgame wasn’t quite as impressive, though still eye catchingly huge. The consequence of those of course, is that other films in the Marvel canon also follow what Denis might call the cut and paste formula, but whilst ‘big’ seem decidedly small and unimpressive in comparison. It’s a bit like thinking you’re well packed in the undercarriage, only to stand next to John Holmes at the piss trough and feel decidedly less so (note, looking Is bad pee etiquette). Sometimes it becomes so much about packing in fan service and moments to interweave other intellectual properties, that some of these films feel narratively clumsy and light on character. There’s a certain jumpy nature about some Marvel films as an example (which translates to many blockbusters who try to mimic that particular winning formula) particularly when there’s a need to interweave so much from other films. Free Guy was the most recent tentpole I viewed. It held my interest and entertained. Ryan Reynolds as per usual is the consummately affable star, able to make a concept like this have legs. Was it that memorable though? I feel like the hamburger I had today is going to linger with me longer, and as good as it was, it was just a hamburger. Not to compare Free Guy to a slightly elongated impending bowel movement, but I don’t feel like I’ll watch it again. Deadpool as a counter point is probably another with a short term legacy, but its impish irreverence will probably stretch its impact over a few more years.  The point remains though, Free Guy might have efficiently amalgamated elements of Groundhog Day, The Matrix and Wreck-it-Ralph, but it’s by far the lightest of the three. 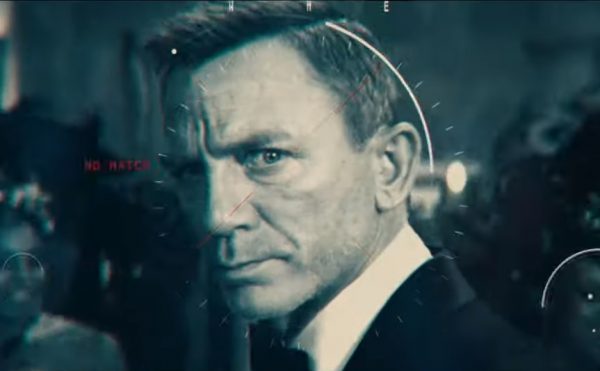 Films might be increasingly deemed content more than actually being considered ‘cinema’ in the historic sense. We’re in a content driven, fast paced age where attention must be wrestled for that brief window, before the viewer is released from the figure four and can return to their phone. After all, this is streaming and not downloading. We don’t need to keep anything, and that can extend to long term, pleasurable memories. Those affecting and impactful films are increasingly being limited to a more narrow field in the Indie and World film arenas. Unfortunately the theatrical screening space for those are limited because No Time To Die for example is currently accounting for over 50% of show times at my local (as an example), whilst the only other significant showings are for Shang-Chi, Free Guy and The Addams Family 2. Speaking of the latter, lets look at the tentpoles of 30 years back, including The Addams Family, Terminator 2: Judgment Day, Point Break, The Last Boy Scout, Cape Fear, Silence of The Lambs, Boyz N the Hood, The Fisher King as well as some cultier fare like My Own Private Idaho, Barton Fink, New Jack City and Hook (the popularity of which is probably lost on me). Compared to the selection this year, the betting odds on Black Widow or Free Guy still being hugely popular/iconic in 30 years time are slim. Barton Fink as an example is a good example of a grower. A film which gets progressively better on repeat viewings and gains a slowly increasing cult following. There’s too few of these now, if only because less of the low-moderate budget studio films are being green-lit than back then. I say all this knowing there’s a sly hypocrisy lurking underneath these sentiments. I’m indeed a disposable fare peddler. My point isn’t that it’s bad but why can’t we have more room for director lead, auteur visions in unison with simple studio lead formula? I’m making ‘content’ for the indie-horror audiences who want something daft and cheesy, though I’m intent on paralleling these with potentially culty horror and action (the horror side, I’ll like be having to produce myself). Those intriguing growers are disappointingly rare, nuggets from new wave visionaries like Robert Eggers (Witch, The Lighthouse) and Panos Cosmatos (Mandy), or from around the world (Burning by Chang-dong Lee and Bong-joon Ho’s Parasite). Ultimately for films to become longstanding favourites and to allure the passionate cinephile, they need to be memorable, unique or special in some way. For me personally, there aren’t a huge amount this century in comparison to the 20th century in cinema. How about you?

Do you think cinema is increasingly disposable? Does it matter anymore? Let us know your thoughts on our social channels @flickeringmyth.