Tom Jolliffe looks at an evolving landscape in Chinese cinema, a market that pre-pandemic, had Hollywood seeing dollar signs… Hollywood still remains the hub of cinema around the world. As an entity it churns out money spinning blockbusters across America, and across the world. For a long time the US market seemed to be far […]

Marvelous Videos presents a look at the most powerful Terminator models… Sequelitis is a problem that a lot of films suffer from- the idea that you have to make each successive entry in a franchise bigger and brasher to compensate for the lack of originality they will inherently have. Yet, if there’s one franchise that […] 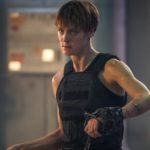 Despite Terminator: Dark Fate receiving the best reviews for a Terminator film in decades, the sixth instalment had disappointing worldwide box office numbers which have put the future of the franchise in jeopardy. Now, during an appearance on the Happy Sad Confused podcast, star Mackenzie Davis pointed out that she believes the film suffered as a result of audiences growing […] 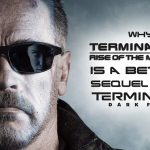 Red Stewart presents Terminator 3 vs. Terminator: Dark Fate… No franchise outside of Star Wars has produced as many polarizing sequels as the Terminator series. Unlike other sci-fi classics like Alien and RoboCop where the follow-ups became objectively worse, Terminator has always generated a mixed response. Purists who subscribe to the “if it’s not Cameron, it’s not canon” […]

Despite Terminator: Dark Fate receiving the best reviews for a Terminator film in decades and originally being intended to kickstart a new trilogy of films, the future of the franchise is in jeopardy following disappointing worldwide box office numbers. Now, in an interview with NME, Dark Fate star Mackenzie Davis suggested that there is no demand for another Terminator film and […] 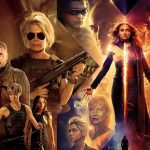 2019 may have seen box office records broken left, right and centre, with Marvel’s Avengers: Endgame overtaking Avatar to become the biggest movie of all time and helping Disney to absolutely annihilate the studio record for the most receipts in a single year. However, it seems the Mouse House also holds another record from last […] 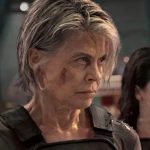 Linda Hamilton, the star of Terminator: Dark Fate, has revealed what about Sarah Connor’s role in the film had initially excited her. While the reaction was more positive to Terminator: Dark Fate than other recent films in the franchise, the movie was still a disappointment at the box office, not living up to the highest […] 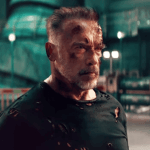 After recent theatrical disappointments, is it time for Arnold Schwarzenegger to go to the streaming platforms? When Arnold Schwarzenegger took his political sabbatical from the movie world, he’d come off a string of disappointments. Time out seemed like a potentially good idea. His post-politics return wasn’t even a foregone conclusion (albeit highly probable). His send […] 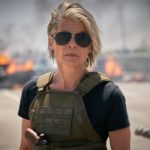 Despite Terminator: Dark Fate receiving the best reviews for a Terminator film in decades, Linda Hamilton, who returned to the franchise for the first time since Terminator 2: Judgment Day as Sarah Connor, would “really love to be done” with the franchise after disappointing worldwide box office numbers. In a recent interview with The Hollywood Reporter, Hamilton was asked if she […]