Indie cinema has been on something of an upsurge in recent years. Whilst there is still the general feeling that mainstream entertainment, namely anything under the Disney wing, is monopolising the cinemas, we’ve still seen an increase in indie films attaining wider audiences across the big screen and the major streamers. In fact said streamers, like Netflix are producing their own content now, or picking up indie films to release through their platform. Uncut Gems for example, produced by indie powerhouse A24 (who are almost in danger of becoming too mainstream to maintain their indie badge of honour…almost), was then put out by Netflix. As well as proving hugely popular on the channel itself, it also had a good theatrical run, pulling great numbers in the context of the release it was given.

Whilst we have these two parallel streams of revenue chugging along, between Disney’s hydra heads, and the likes of A24 and Blumhouse successfully mainstreaming Indie productions for wider markets, we also have the continuing debate about the artistic integrity of the former. Are Disney, or more specifically the Marvel Universe, making ‘cinema?’ As Martin Scorsese has suggested previously, are MCU films merely theme park entertainment designed to be box ticking, crowd pleasing, simple escapism? On a flipside there also happens to be a growing feeling among some naysayers regarding the A24 fascination, that in fact, it might just be something of a hipster trend. That A24 are increasingly making content that appeals to audiences who want to watch something labelled artistic, challenging and intelligent. Are they that clever? There is certainly a subsection of A24 fandom that might claim to be Indie film aficionados who haven’t actually looked too far beyond A24’s catalogue (because lets face it, there aren’t a huge array of ‘mainstream’ Indie labels around). The reality is, it’s never wise to collate quality entirely to a label. Every individual film should be considered objectively, and at the same time subjectively (after all, it always boils down to personal taste). Marvel make good and bad. A24 likewise. My own preference leans intrinsically more to A24 of the two, given my own preference for more character driven and intimate cinema over world ending theatrics. I’ve certainly watched my share of Marvel films which were pure theme park (sometimes in an enjoyable way, no doubt). Still, there is a sense that the studio wants to be identified as bringing an indie sensibility to their massive studio formula. This is reflected in the choice of directors for many of their films. Taika Waititi transitioned from an indie director in his native New Zealand to a studio big hitter when he boarded Thor: Ragnarok. Waititi is most certainly very distinct in his style and what he brought to the MCU and Thor’s universe was all his sensibilities, to great success. The irreverent humour and buoyant style was combined with candy coloured palettes, and an overriding sense of fun. In fact it captured what comic books often felt like to kids.

Disney haven’t always gone that route of course. We’ve seen Kenneth Branagh and Ron Howard board projects to bring assured experience of studio system movies that felt like safe choices for what you might call generic cinema. Maybe Branagh’s Thor or Howard’s Solo: A Star Wars Story were a bit safe, a bit bland, but it wasn’t a gamble and indeed Disney have backed out of gambling a number of times on more outside the box direction (Howard famously replacing Phil Lord and Chris Miller on Solo). They weren’t exactly indie newbies of course, and were by this point very well established, but have always approached their films with a very particular humour and style. Marvel’s three big pictures so far this year come backed with a very welcome and diverse outlook. Two female directors. Two of the directors are of Asian descent. We have female lead stories in two, diverse characters in a couple of the films. Additionally all three directors, helming Eternals, Shang-Chi and the Legend of the Ten Rings and Black Widow, come from an indie background. This isn’t new to Disney or the MCU, but there’s a distinct sense of doubling down. From the diversity perspective it’s great. However, there’s a potential flaw that comes when you pull indie directors into a marketing lead, corporate approach to movie making in mega budget studio set ups. Those two styles, ways of working don’t always find cohesion. There are a number of ways to approach your project as an indie director hitting the mega payday project of an MCU film. You can tow the line and follow formula, injecting whatever you feel you can within the more intimate moments. It would be safe to say Destin Daniel Cretton did so with Shang-Chi. The film emboldened standard Marvel formula with a heady dose of Martial arts cinema, before descending fully into standard Marvel finale, but it worked. Critics and fans were in alignment. It’s a lot of fun. For Black Widow, much was riding on the fact that this was, to all intents and purposes, the new kick off for pandemic era Marvel. A first film after months of lockdown. It has a number of problems. One of which is feeling a little lacking in direction. It feels like it’s very much a studio movie. Part of this is that the central character is now so synonymous with a host of other movies. Scar-Jo has been superhero landing a long time as Natasha Romanoff now. This means we need to pay some reverence to before, that we must rest on an assumption that the audience come in able to fill in the gaps when she might refer to something or someone from half a dozen movies from the past decade. Maybe not important to the point not knowing will leave you completely lost for Black Widow’s through line, but those moments were a point of contention for me. The point is that Cate Shortland is given something of an unenviable task in that respect. Further, those associations inevitably invite very direct comparisons and on that front, Black Widow, in comparison to the last time we saw Romanoff in Avengers: Endgame, seems decidedly second rate. Critic reviews were somewhat middling, and whilst there’s a very legitimate argument that below par (for MCU fare) fan reviews might be partially down to a review bombing campaign (from an idiot mob who labelled it as being driven by feminist and woke agendas), the film will undoubtedly pass into the ether as one of the most disposable of the canon. So Cretton pulled it off. Shortland not so much. That brings us to Chloe Zhao. Off the back of an Oscar win for her low budget Indie hit, Nomadland, Zhao was immediately thrust into the world of tentpole, big budget action cinema. It’s quite a leap. Does it particularly matter if you don’t come blessed with a background in action cinema? In the world of studios, the stunt and VFX teams take control of the action, leaving the director assured that they can focus on performance and the overall visual approach to the film. Eternals is currently suffering the ignominy of being the lowest rated MCU film on Rotten Tomatoes. The first in fact, to score a Rotten rating. Early trailers promised a film with the dazzling, drifting, ethereal magic hour ambience that evoked Terrence Malick, everything we saw aesthetically with Nomadland. At the same time of course, it also promised big FX driven set pieces, magical characters, world ending threats, the usual things. The consensus seems to suggest a meandering pace, confused narrative timeline jumps and an inconsistent tone and style. Maybe it’s at odds. If generally, the MCU is much of a muchness, the occasional quirky highs like Guardians of the Galaxy (so distinctly James Gunn) and Ragnarok (so unmistakably Taika Waititi) mean we must inevitably see some lows. This approach is not always going to work from the studios point of view. Maybe you get your director to follow formula that you know works every time. Straying becomes a bigger gamble, and if your sensibilities don’t necessarily gel with the inherent goofiness of comic book cinema (your key market will always be the under 20’s), it may not work. Is there a danger sometimes of trying to take comic book films too seriously? Graphic novel interpretations of darker characters (Batman) is one thing, but it doesn’t always work. 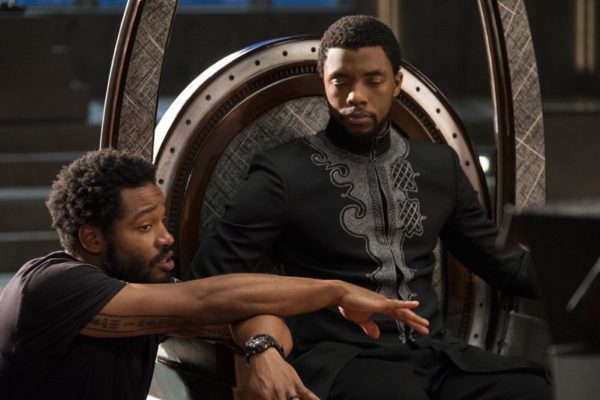 What of the directors though? If you look at Ryan Coogler for example; Whilst he’d bridged his jump from indie to MCU, via Creed, he’s now established himself as a mainstream director. Impressively he’s managed to maintain his own voice. Will he return to something smaller in scale? More in line with his breakout Fruitvale Station? I’d hope so. Success does bring with it a weight of expectation of course, and the big gigs are all consuming. Can Coogler continue being an authentic and fresh voice in $100 million plus movies? Black Panther has the most culturally significant commentary of any Marvel film and the most depth, but how do you retain that in a sequel? The difficulty in being an inspiring, aspiring director, is having your voice and edge, creative verve scraped away by studio politics. That big jump is a blessing and a curse for these creators. Would Zhao have benefitted from a couple more smaller scale films before the big jump? Perhaps. But who’s gonna turn down Marvel bucks, when the inherent nature of being an indie filmmaker means years of quiet struggle to get to your breakout (if indeed you are fortunate enough to have that). The romantic view perhaps is that an indie auteur hits big, but alternates between formulaic studio pictures, and the low budget films that tell a story and are artistically potent. 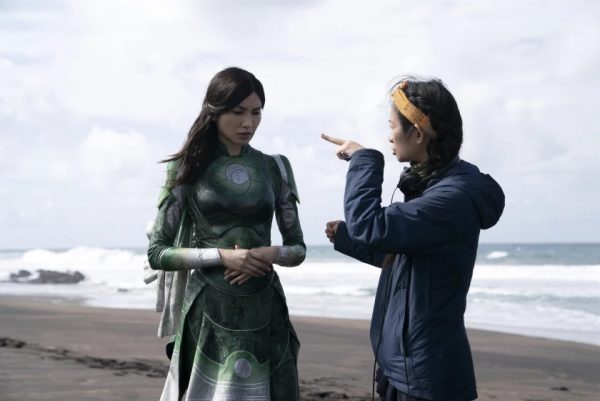 Undoubtedly, the main concern is the bottom line for Marvel. That will suggest whether they continue their current trend of launching people up a whole stratosphere of budget level. Mediocre reviews aside, Eternals seems destined to make bank and pull in the kind of numbers the recovering cinema industry needs. That will probably put Zhao at something of a creative crossroads. Another big studio film which may result in a kind of frustrating ambivalence from the audience, as visions potentially collide, or strip it all back and make something in line with her work prior, straight from the heart and unfiltered (this is my hope). Likewise with Shortland, Cretton et al. The merry dance between creative integrity and studio dollars.