Starlight Celebration comes right on time to lift up players’ spirits due to Endwalker server congestion. Here are some tidbits about the annual Christmas event… 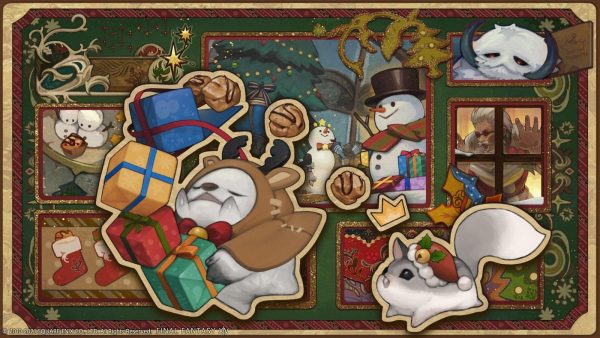 It’s the holiday season, and hundreds of games have released varying events or festivals with a winter or Christmas theme. From Valorant to Animal Crossing, every game has its own ways of spicing things up for the months of December and January. Final Fantasy XIV releases its annual Starlight Celebration to observe the holiday spirits. This year’s Starlight Celebration is turning out to be a blast because of its timing. Players can earn FFXIV gil and tons of goodies while participating in the event.

What is the Starlight Celebration?

Starlight Celebration is Final Fantasy XIV’s annual Christmas holiday event. Players can earn FFXIV gil and various rewards by completing quests that are only available during this time. The celebration is usually held at the Mih Khetto’s Amphitheater in Gridania which is organized by Miqo’te. The Christmas event always brings joy to the residents of Eorzea no matter what.

The Starlight Celebration lore started during the early stages of Coertha’s Dragonsong War. Ishgardian knights were forbidden to directly shelter non-knights in their barracks. Despite this restriction, the knight still helped the orphans and sneaked them inside their barracks to shelter them from harm. After the war died down, the orphans were eventually able to return to their normal lives. The Starlight Celebration commemorates the kindness of these knights and seeks to spread goodness throughout Eorzea.

Why is this Year’s FFXIV Christmas Event so Special?

Though there is not much difference between this year’s iteration of the event and the previous years, it is the timing of the occasion that sets itself apart. Square Enix has just released the Endwalker expansion at the start of the month. The expansion was so popular that the MMORPG’s player base doubled in a matter of days. Of course, the sudden surge of players presented new challenges to the game’s servers. As thousands of gamers log in every day, servers start to become congested and queue times get longer. Though players are willing to sit through long hours of waiting time just to try out and earn in Endwalker, the experience can still be annoying and tedious. Players with limited game time also cannot make the most out of the current expansion as of the moment. These gamers cannot play satisfactorily due to what little time they have left after entering the queue.

The Starlight Celebration serves as a wonderful alternative to Endwalker. For players who have little game time left after waiting in the queue, the Christmas event’s quests satiate their thirst to accomplish something meaningful and fruitful while in the game. There are no battles or FATEs like previous events. Most of the quests for this year are more focused on interacting with NPCs and story narratives. Though players don’t get to feel the heat of battle during the event, these quests are still satisfying and heartwarming to complete. 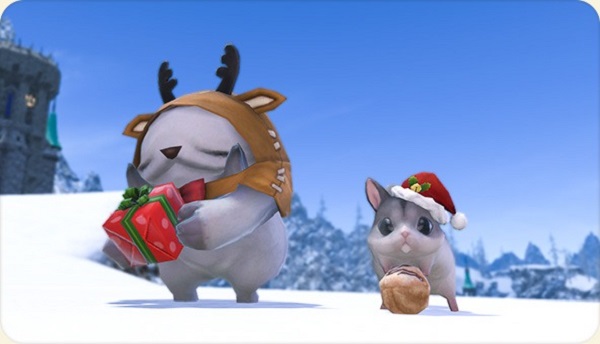 This year’s Christmas event has only a few sets of quests that will take players to various parts of town to talk with other NPCs. Here are the guides for each quest:

The quest can be initiated by talking to Amh Garanjy. The mission entails players following and escorting Rudy and Rissai while they fulfill various errands in the city. Players can choose to teleport towards each destination instead of walking the two NPCs. The mission will start at the northeast of Old Gridania. The next spot for the quest is in New Gridania at X: 11.7, Y: 13.4. The next spot will see players returning to Old Gridania at 10.2, 9.4. Lastly, players will travel towards 11.7, 13.4 once more before coming back to Amh Garanjy in Old Gridania.

After completing the first quest, players can now access the second mission where they are tasked with handing out presents to kids in Central Shroud. The first NPC that gamers will have to look for is Baenfaeld who can be located at 22.2, 21.8 in Central Shroud near the Bentbranch Meadows Aetheryte. A conversation will occur with Rudy at 21.8m 23,3 before players head to 20.5, 21.9. After completing the quest requirements here, gamers will return to Baenfaeld where a cutscene will occur. The quest can be finished after talking to Rudy while players will receive their rewards after they return to Old Gridania.

There is an optional quest where players can choose to accompany the Saint of Nymeia which provides a nice story to the event. The quest doesn’t give out any rewards, but it is a heartwarming icebreaker. Some items are also available to purchase in Old Gridania. The most notable item is the Starlight mobile which can be mounted on walls as a housing item. This furniture only costs 6,000 gil.

Starlight Celebration won’t be around for long, so if players miss out on this holiday’s celebration, they will have to wait another year to participate in the next one. Complete the holiday event quests and earn FFXIV gil and rewards before it is too late.